Theresa May Will Become the New British Prime Minister on Wednesday 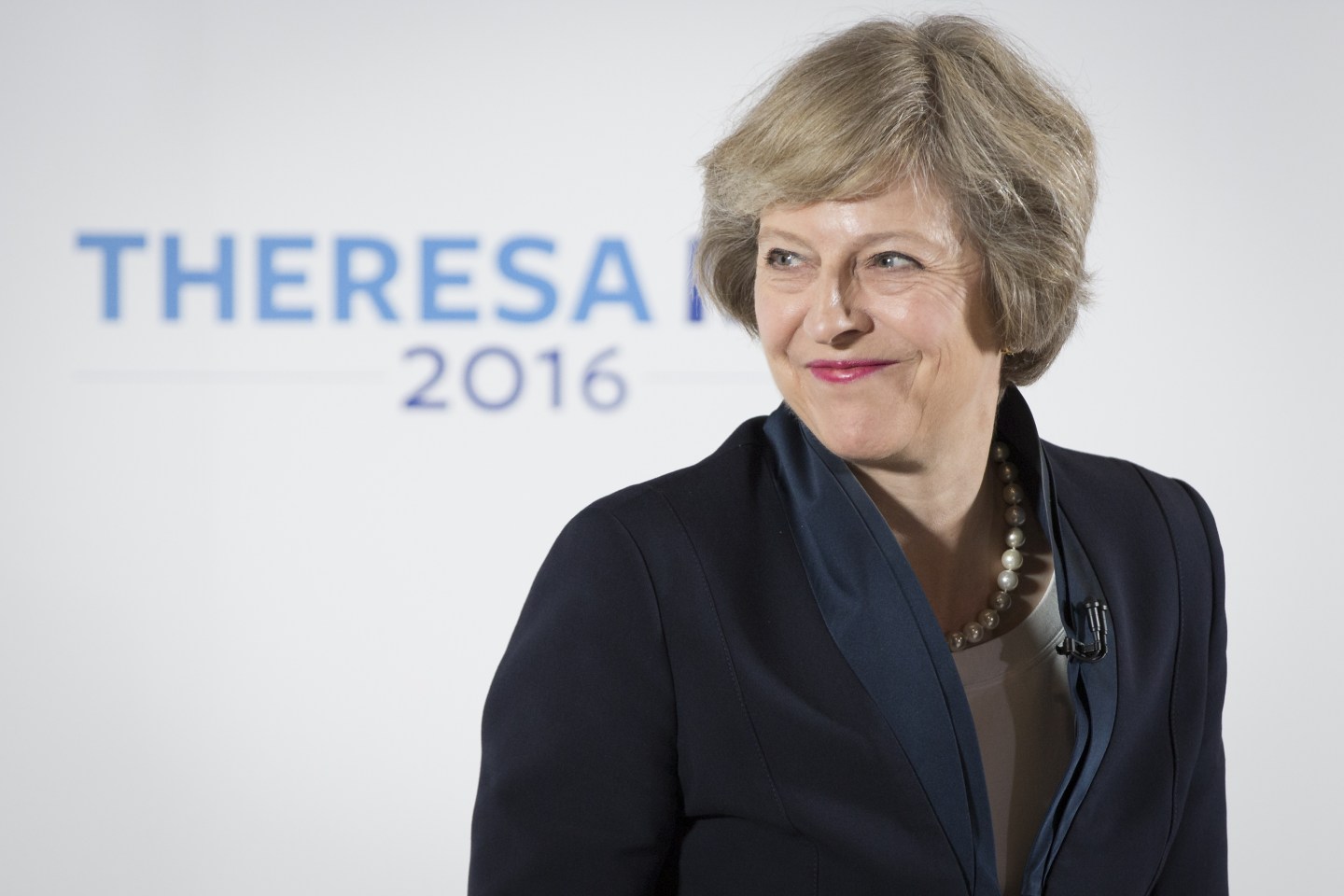 Theresa May, U.K. home secretary, reacts during a news conference in Birmingham, U.K., on Monday, July 11, 2016. May pledged to crack down on corporate irresponsibility if she succeeds David Cameron as prime minister, as chancellor of the exchequer George Osborne headed to Wall Street on Monday to shore up investor confidence. Photographer: Jason Alden/Bloomberg via Getty Images
Bloomberg Bloomberg via Getty Images

When U.K. Prime Minister David Cameron announced he would resign the morning after the nation’s stunning vote to leave the European Union, it seemed that selecting his replacement would be drawn out over several months. But the contest has progressed rapidly, and Cameron announced Monday that his successor, Home Secretary Theresa May, will take over Wednesday.

Speaking outside his residence Monday, Cameron told reporters that he’s pleased there won’t be a “prolonged” campaign to name the next Conservative leader, who automatically takes over as prime minister. He said that on Wednesday, after he fields questions from the House of Commons, he will head to Buckingham Palace to offer Queen Elizabeth his resignation. “So we’ll have a new prime minister in [10 Downing Street] by Wednesday evening,” he said. He’d initially set October as his deadline for officially stepping down.

That accelerated timeline took shape Monday after energy minister Andrea Leadsom dropped out of the race for Conservative leader, leaving May as the only remaining candidate. Leadsom said she didn’t command enough support among Conservative lawmakers to deliver the strong and stable government that the U.K. needs in the wake of the June 23rd referendum vote to leave the EU.

The two lawmakers were the finalists for prime minister after Conservative members of Parliament voted to narrow the field of candidates last week. U.K. citizens who are registered with the Conservative party were supposed to cast the ultimate vote on who would succeed Cameron by September, but Leadsom’s withdrawal from the race preempts that process.

On Monday, Cameron commended Leadsom on making “absolutely right decision to stand aside,” and he endorsed May as “strong,” “competent,” and “more than able to provide the leadership that our country is going to need in the years ahead.” May will be the U.K.’s second female prime minister, along with Margaret Thatcher.

The nation’s power vacuum had exacerbated the post-Brexit chaos that caused the pound to plummet and sent global markets into a tailspin. The pound climbed against the dollar Monday after Leadsom pulled out of the race and the country’s new leadership became clear. Cameron himself also seemed relieved by Monday’s events; he was caught singing an upbeat tune on a live mic after announcing his new resignation date.

After announcing Theresa May will become PM on Wednesday, David Cameron hummed a tune as he headed into No. 10 https://t.co/IraBFqc5f4

But the leadership controversy that’s rocked British politics since the referendum isn’t quite over. May had indicated that, if victorious, she would like to avoid calling a new general election, but there are questions as to whether the public will view her ascent to prime minister as legitimate since she didn’t lead the Conservative party when it was voted into power last year, and she didn’t back leaving the EU.