Panasonic Stands Behind Tesla After a Hard Few Weeks 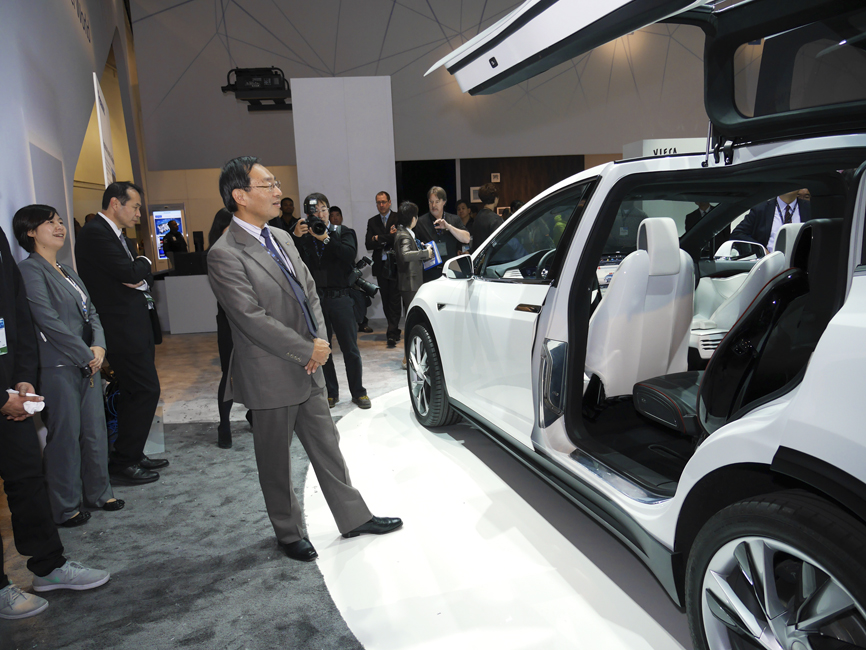 Japanese electronics giant Panasonic says it expects to more than double annual sales of its batteries for electric cars to around $4 billion over the next three years, partly thanks to its partnership with Tesla Motors.

A Panasonic (PCRFY) executive made the comments to a group of reporters in Japan, a week after the Silicon Valley automaker revealed that there had been a fatal accident in one of its cars while its autopilot software was engaged.

Earlier this week, Tesla also announced that it had missed its car delivery targets for the second quarter in a row.

A few weeks ago, Tesla’s (TSLA) shares dropped precipitously following an announcement by Tesla CEO Elon Musk that the car company is seeking to buy solar installer SolarCity (where Musk is chairman) for $2.86 billion. Financial analysts are still scratching their heads over the deal.

Tesla and Panasonic’s partnership is highly important for both companies, and the firms are relying on each other to help meet some very aggressive and difficult goals.

Panasonic sells its lithium-ion batteries to Tesla for the company’s Model S, an electric sedan, the Model X, an electric SUV, and the upcoming Model 3, which is Tesla’s first lower-cost electric car. Musk has said that Panasonic is the exclusive supplier for the Model 3, despite that Tesla might work with other battery makers for its batteries that can plug into buildings and the power grid.

Panasonic is also a key partner in Tesla’s massive battery factory, under construction outside of Reno, Nevada. Panasonic is investing $1.6 billion into the factory, and has said it will speed up the investment to meet the large demand for the Model 3. Close to 400,000 customer have put down $1,000 refundable deposits for the Model 3.

In a story this week, Fortune questioned whether Tesla should have disclosed the fatal accident with autopilot before the company held a public offering raising $2 billion. Another story from Fortune this week pointed to an SEC filing in which Tesla said that a fatal crash related to autopilot would be material to the company.

For more on Tesla’s autopilot, watch:

Tesla, with the help of Panasonic, has some very aggressive goals to hit in the coming years. Tesla sped up its production plans of its Model 3 car by two years, and it now plans to make 500,000 cars per year by 2018.

The battery factory, called the Gigafactory, will be tasked with producing batteries cheap enough to power the $35,000 Model 3 vehicle.