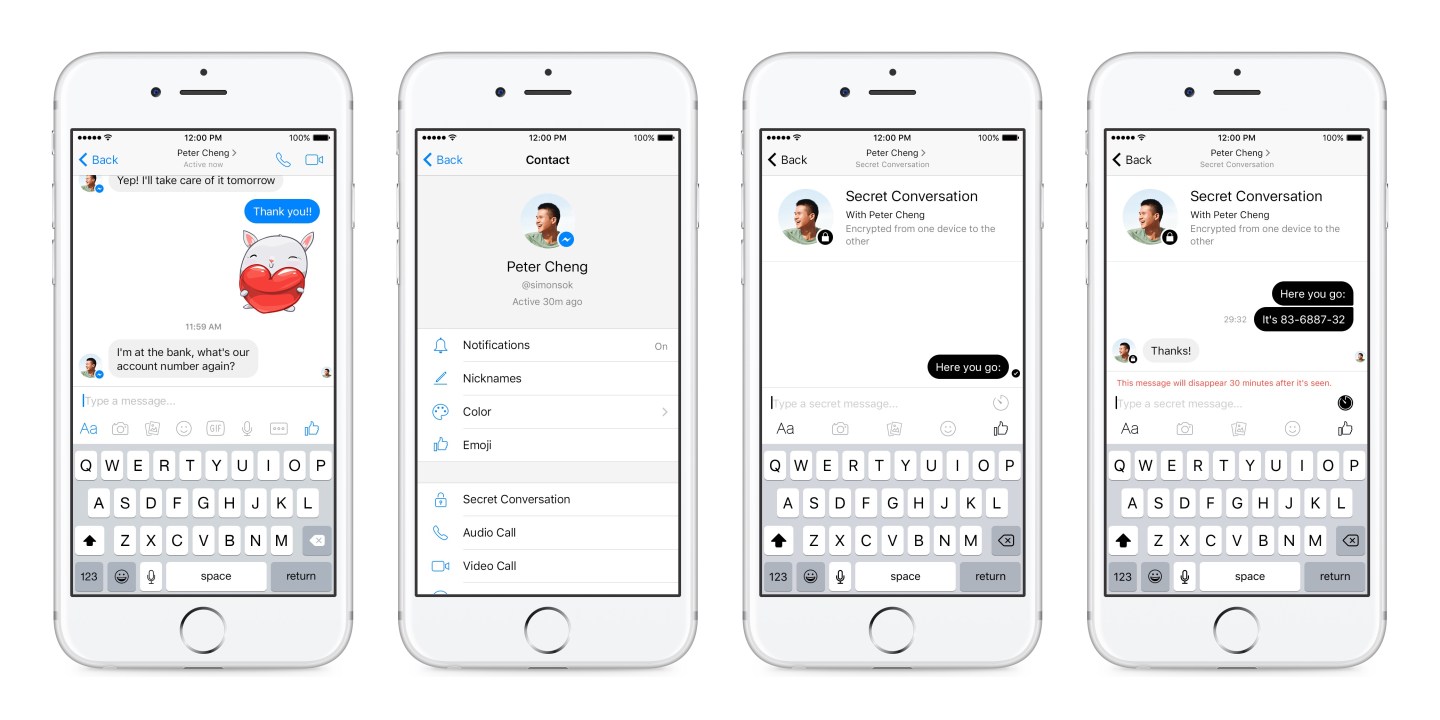 It’s true. Facebook is testing full encryption on its popular Messenger chat application, according to the company’s blog.

The addition of this controversial feature means Facebook users can send notes to designated recipients that can only be read by that person on a specific device, not by the government or the social network company itself. The Guardian first reported news about this upgrade in May.

Facebook (FB) said its Secret Conversations feature comes in response to customer requests. According to the blog, it will let users “create one-to-one secret conversations in Messenger that will be end-to-end encrypted and which can only be read on one device of the person you’re communicating with.”

Secret conversations will initially be available on a trial basis and will not support the use of GIFs or videos. The company posted details about the protocol it is using to enable this work.

In this age of hacks, many chat users like the idea of encryption but privacy advocates say that it should be turned on by default instead of being an option. Google (GOOG), for example, took heat over the fact that its new Allo chat app required users to actively opt-in to use the end-to-end encryption.

With AppleApple (AAPL) iMessage service, encryption is turned on by default.