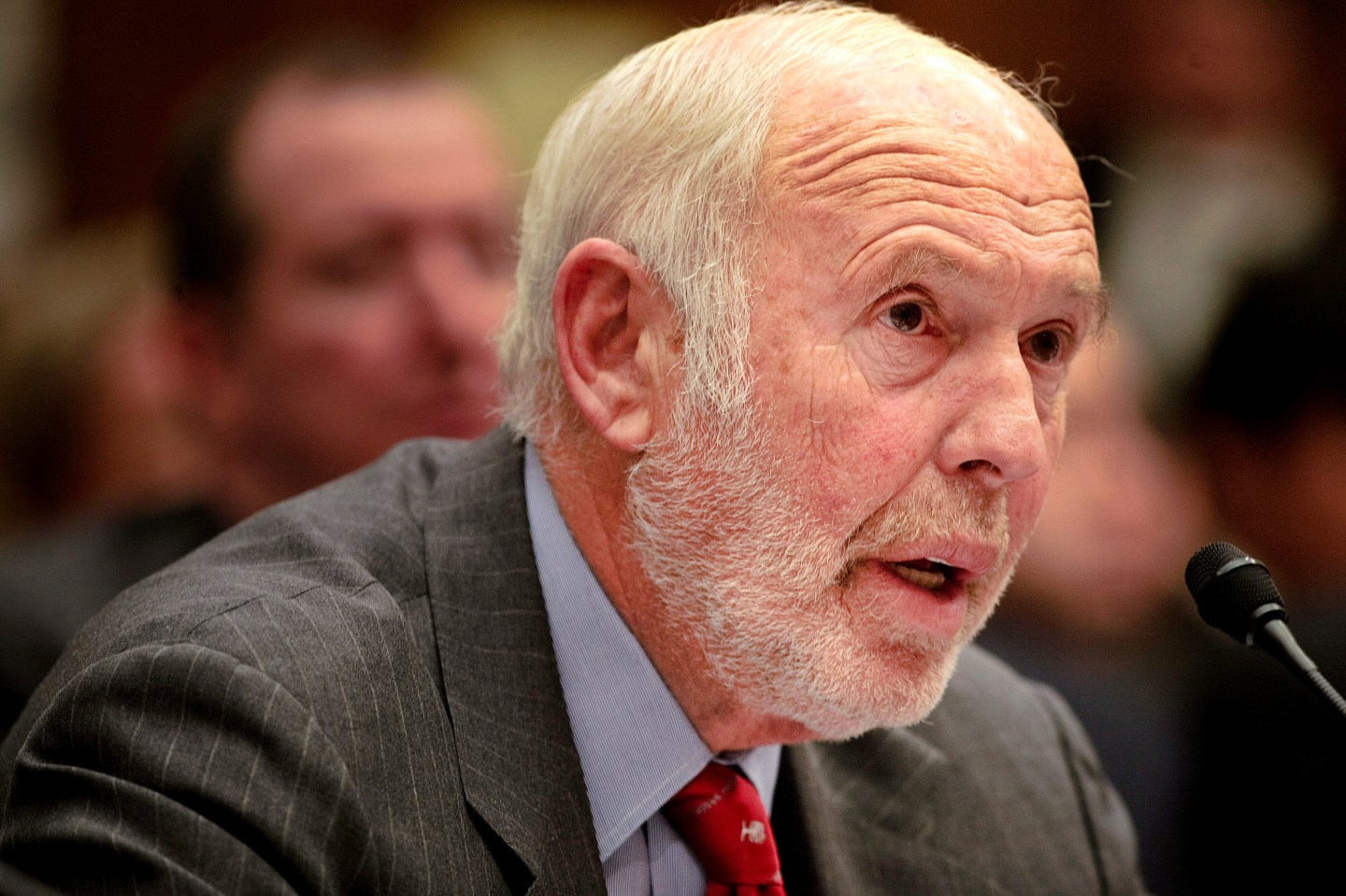 UNITED STATES - NOVEMBER 13: James Simons, director of Renaissance Technologies Corp., testifies during a House Committee on Oversight and Government Reform hearing on Capitol Hill in Washington, D.C., U.S., on Thursday, Nov. 13, 2008. Hedge-fund managers, in a rare appearance before Congress, defended their industry's practices and profits while splitting over whether the U.S. should impose stricter regulations. (Photo by Brendan Smialowski/Bloomberg via Getty Images)
Bloomberg via Getty Images

Renaissance Technologies, the investment fund known for its ultra-educated workforce and quant trading style, has a plan to beat high frequency traders at their own game.

Their plan involves algorithms, servers and the world’s most accurate timekeeper currently used for GPS satellites and deep space exploration, the atomic clock.

It’s an invention employing atomic physics, depending on the oscillation between the nucleus of an atom and surrounding electrons.

Here’s why an atomic clock has application in deterring high frequency trading: A non-high frequency trader may place a large order for shares that can only be fulfilled by splitting it into smaller orders at multiple exchanges. Since exchanges are at geographically disparate locations, those smaller orders will be executed at different times—perhaps even milliseconds apart.

The disparity between when the smaller orders are executed at different exchanges allows high frequency traders to detect the shifts in demand for stock. The high frequency trader can then “front run” the trade by snapping up those shares or financial instrument before it is bought by the non-HFT trader at one of the slower exchanges, and sell it at a higher price. That’s why HFT has been described has “predatory” by some.

Renaissance, founded by Jim Simons, is likely trying to prevent that from happening to the firm with their patent application filed with the U.S. Patent and Trademark Office in February. If it works as described, the invention would be able to split up a large order, and send it to servers as close as possible to the stock exchanges. With the help of an atomic clock, these smaller orders would then be placed within nanoseconds of each other—thwarting attempts by high frequency traders who might try to front run the orders.

If approved, the patent would last 20 years.