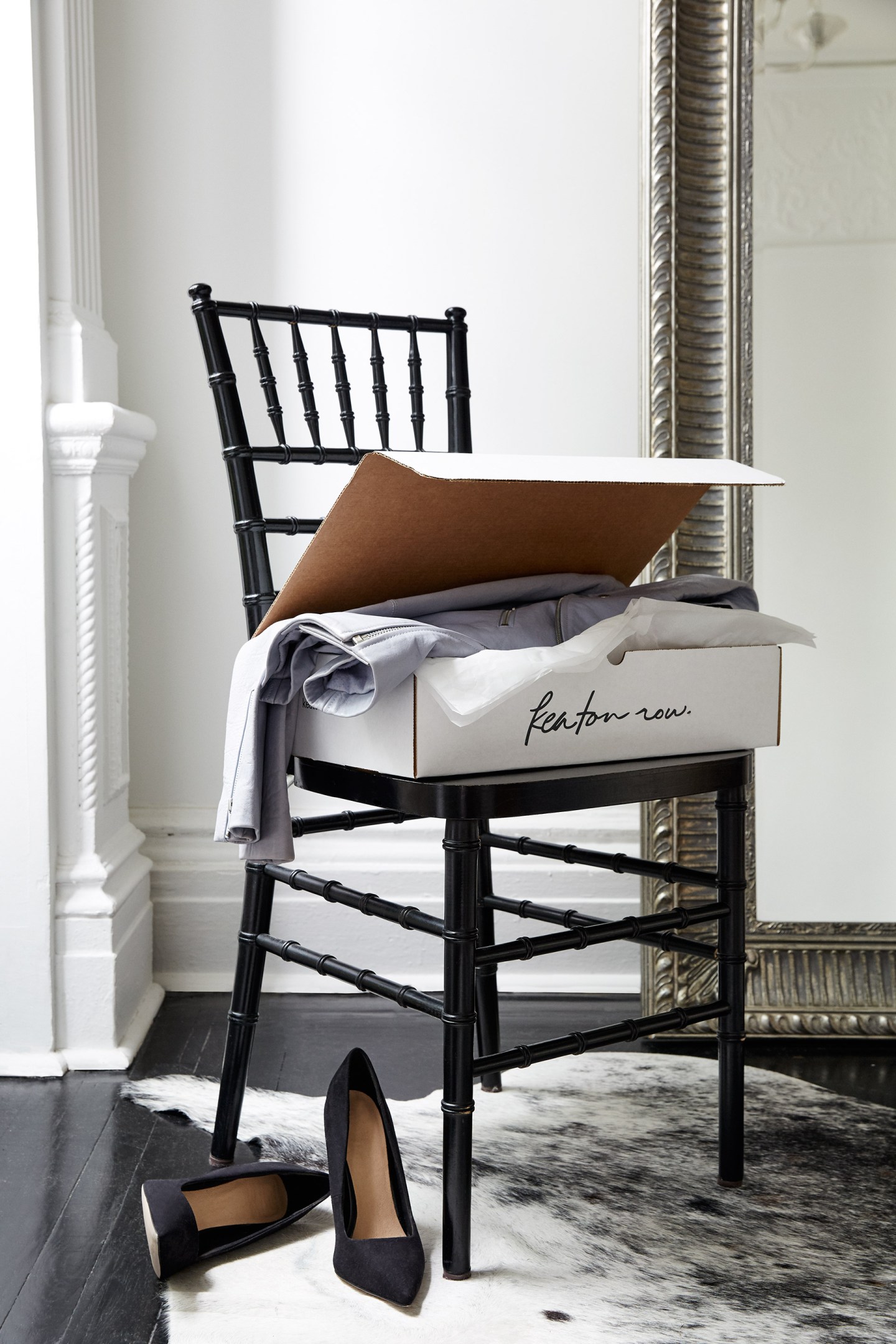 You’ve launched a new venture. You’re confident in the business model. You’ve even convinced several investors to fund your vision. A year later, you realize the very foundation of your company is shaky, and the original business model is totally broken. Now what?

The story of how personal styling e-commerce startup Keaton Row had to start from scratch and recalibrate its entire model is a telling one for early-stage companies.

The New York City-based company had a seemingly solid business plan when it launched in 2013. Co-founders Cheryl Han and Elenor Mak created an open model where anyone in the U.S. could apply to be one of the company’s virtual stylists by filling out a questionnaire and providing photos of sample looks they’ve styled. Once a stylist joined, she would work part-time and sell items to her own network of family and friends. At the time, the co-founders said the e-commerce site could be used as “a real launching pad for a career as a stylist.”

When a customer joined Keaton Row, she would be paired with one of the top-performing stylists on the platform (“top-performing” based on number of customers and amount of sales). And when a customer made a purchase on the site, the startup took a cut of every sale from the retailers with which it partnered. That part hasn’t changed, but everything else has.

Related: The One Question to Ask Yourself Before Starting a Business

Over the last year, Keaton Row has transformed its business model. The entire focus used to be on the supply side – hiring as many stylists as possible. But CEO Han says the model wasn’t bringing in the loyal customers they had hoped for. “As a startup, we were not focused enough on the customer, honestly,” she says.

The co-founders decided the relationship between the stylist and the client needed to be more meaningful. So they created a new business model that would focus more on the customer, not the stylist.

Han and Mak delved into the data and analyzed the relationship between the number of hours a stylist worked and the amount of items a customer purchased. Mak says the stylists who worked 30 hours had “exponential sales” and her customer was more likely to buy an entire wardrobe than just a one-off item. “We were absolutely confident talking to investors because the numbers made our case very, very clear,” she says.

The founding team held an all-hands virtual meeting to notify its employees of the upcoming change, and all of the freelance stylists were given the first opportunity to apply for the in-house positions. In a matter of a few months, Keaton Row says it shrank its national network of hundreds of part-time stylists to a few full-time stylists all based in their New York offices. Half of the existing stylists are the highest-performing freelance stylists and the other half are brand new.

The move was great news for the employees who were kept on board and suddenly had health care and benefits, but not so great for the part-time stylists who got axed with the pivot. In a blog post titled “Why I’m no longer a Keaton Row stylist,” a former employee wrote, “About a week later I received a notification that I wasn’t accepted and my stylist account would be closed in about three days. What?? What about my clients?!?!”

Mak said telling investors about the change was easy in comparison to what happened when they had to let go of many of their most loyal employees. “Having to say goodbye to a large number of incredible stylists who had spent a lot of time with the company was the hardest part,” Mak says. “That was very, very emotionally hard.”

A year since the pivot, the company has changed in many other ways too – the site’s design is different, Mak has since left the company and currently works as part of Target’s “Entrepreneur-In-Residence” program, and Han is now single-handedly leading the venture. But investors seem to be on board. Since its inception, Keaton Row has raised about $13 million in funding, including an investment from Time Inc., Fortune’s parent company. Since the pivot, Keaton Row has reportedly doubled its customer base. Han says clients are now spending more than they used to — about $550 on average in their first month, and approximately $700 per month for repeat purchases.

“It’s super easy to make 10,000 pivots just by looking at what other people are doing around you,” she says. “You need a really clear understanding of your vision and your mission. Unless the change is clearly making your business stronger, you really shouldn’t be pivoting.”