Why Shares of These Three Apple Suppliers All Lost 6% Today 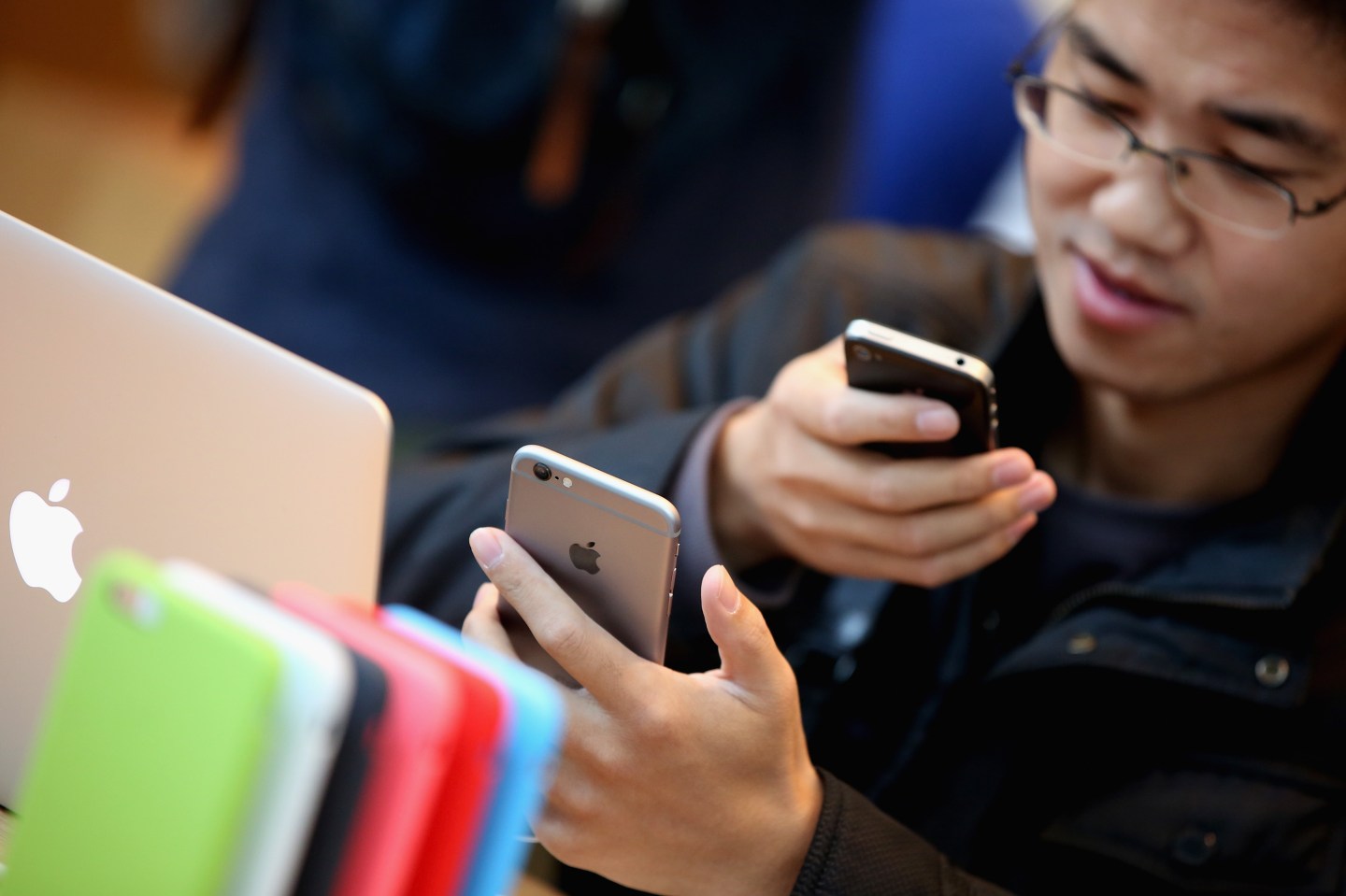 BEIJING, CHINA - OCTOBER 17: A Chinese man sets up his new iPhone 6 inside an Apple store on October 17, 2014 in Beijing, China. Apple Inc began delivering its popular smartphone iPhone6 and iPhone6 Plus to the Chinese mainland on Friday. (Photo by Feng Li/Getty Images)
Photograph by Feng Li—Getty Images

It’s becoming increasingly obvious to anyone paying attention that Apple is planning a fairly modest upgrade for the iPhone this year. As rumor after rumor emerges from Cupertino about this fall’s annual refresh, unofficially dubbed the iPhone 7, the only change is getting attention is the purported removal of the headphone jack.

The impact so far has been to depress Apple’s huge fan base along with its stock price. Shares of Apple are down almost 10% so far this year, closing on Tuesday at $94.04, with the company experiencing its first ever quarterly decline in iPhone sales. Analysts say the stock is unlikely to return to its former highs of almost $133 last reached a year ago until iPhone sales resume growing.

But Apple (AAPL) is hardly the only company depending on iPhone sales. Apple’s many suppliers were crushed on Tuesday, as formerly bullish analysts reduced their estimates of sales for the iPhone 7 while noting the impact on companies beyond Apple. Investors paid little heed to a more bullish report from Cowen & Co. analyst Timothy Arcuri, who said that worries about the iPhone 7 are “obscuring a powder keg” that will come when the 2017 iPhone arrives.

Shares of InvenSense, Cirrus Logic, and Skyworks Solutions, three leading chip suppliers for the iPhone, each lost 6% on Tuesday, after Pacific Crest analyst Michael McConnell warned of “much more disappointing” iPhone sales in the second half of 2016. He downgraded Cirrus and Skyworks to “sector weight” from “overweight.”

Cirrus (CRUS) makes audio chips—and in theory it could actually benefit from the loss of the headphone jack, if Apple enhances the sound output with newer and more expensive digital audio features. But that wouldn’t be enough to offset overall slower iPhone sales, McConnell says.

Your iPhone Is About to Get a Longer Life

“Cirrus Logic stands to be one of the biggest beneficiaries in terms of content in the iPhone 7 related to the transition to digital headsets, we ultimately don’t believe this will be enough to offset a 15% to 20% decline in iPhone 7 shipments,” McConnell wrote in a research report.

Also on Tuesday, Citigroup analyst Jim Suva reduced his forecast for iPhone sales over the next six months, writing that the trend of iPhone owners waiting longer to upgrade will get worse. He also cites another unexpected factor will cut into this year’s already slow iPhone sales—Brexit. Because of the United Kingdom’s vote to exit the European Union a likely economic slowdown also means fewer iPhones will be sold.