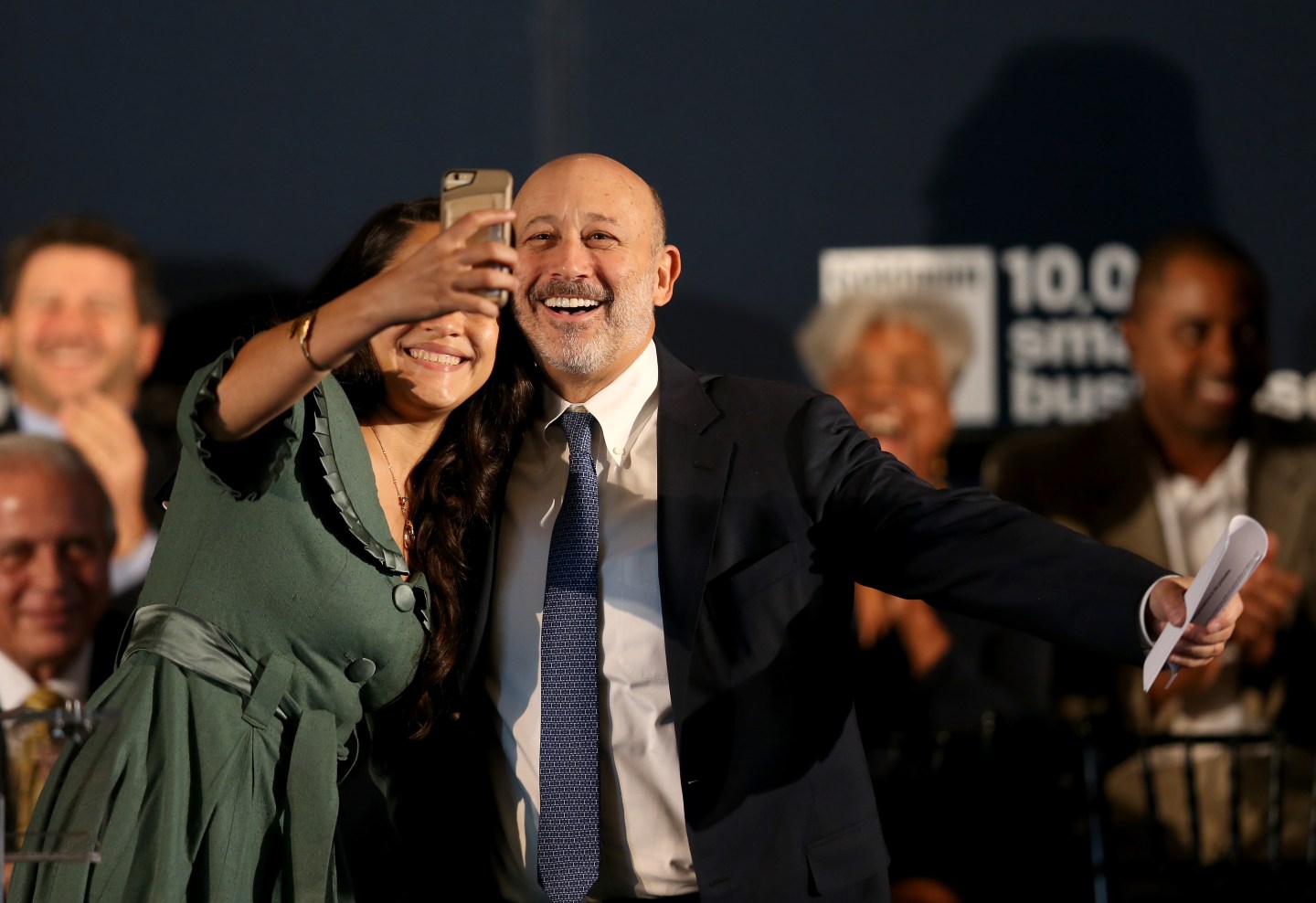 For all the hullabaloo about the stress tests, the truth is the Fed is making bank executives sweat a little less than it used to. What’s more, after six years of doing these annual tests, the incentive for banks to do well is eroding: It turns out the penalty for not fully passing is essentially nil.

On Wednesday, the Federal Reserve announced that nearly every big bank unconditionally passed its annual stress test, with the notable exception of Morgan Stanley (MS) among U.S.-based firms.

“Over the six years in which [Comprehensive Capital Analysis and Review] has been in place, the participating firms have strengthened their capital positions and improved their risk-management capacities,” Fed governor Daniel Tarullo said in a release.

But what the U.S.’s primary bank regulator didn’t broadcast, nor did any of the individual banks, is that the test was a whole less easier than it was last year—at least for the big banks.

For the nation’s six-largest banks; Bank of America, Citigroup, Goldman Sachs, J.P. Morgan Chase, Morgan Stanley, Wells Fargo; the Fed estimated this year that even after a severe economic shock the banks would have more than enough capital to cover losses—8.4% of their their risk-weighted assets on average. That was up from an average of just over 7% in the stress test a year ago, and by far the best outcome for the banks since the financial crisis. Get down to very low capital levels and you are out of business. Below 5% is considered failing the test.

The Fed says the banks came out looking better this year because they are financially stronger than they have been in recent years. Since the financial crisis and the passage of Dodd-Frank legislation, banks have sought to reduce their exposure to trading and raise the amount of capital on their balance sheets.

But another reason banks fared better on the 2016 stress test is that the test was easier than it used to be, at least for the big banks, based on Fortune’s analysis of the stress test results. For example, when it came to capital ratios, the Fed predicted the big banks on average would lose 20% less than a year ago.

Take Goldman Sachs (GS). A year ago, the Fed predicted Goldman would have a trading loss of $17 billion. This year it downgraded Goldman’s potential trading losses to $10 billion, or just 1.1% of the firm’s assets. The result: The Fed estimated that Goldman’s capital ratio in this year stress test would drop just 5.3 percentage points, down significantly from the 8.5 percentage point drop the Fed forecasted a year ago.

A senior Fed official says that was by design, particularly when it comes to Goldman, which gets more of its revenue from trading than any of the other big banks. This year the firms that get more of their revenue from Wall Street trading businesses fared better than those that primary focus on lending. The reason: In this year’s stress test, regulators factored in what would happen if interest rates went negative in the U.S.—something a top Fed official said on Friday in unlikely to happen. As a result, this year’s stress test included less revenue from loans, because rates are lower, but also fewer market losses for the big banks, on the idea that lower interest rates would prop up the stock market.

But who knows? If rates do end up going negative in the U.S., as they have in large parts of Europe, that would suggest things are going to be pretty bad for the economy, and Goldman and everyone else’s losses could be a lot more than expected. What’s more, if we enter a period of negative interest rates, markets will not function as normal. It seems odd then to expect fewer losses and not more.

But it might not actually matter that the Fed’s stress test was not as stringent as it has been in the past. Even if you don’t pass the test, the penalty box is pretty comfortable. That’s what happened to Morgan Stanley, the only big bank not to fully pass the test in 2016. The Fed said Morgan Stanley had a “material weakness” in its “capital planning process.” The regulator also said that Morgan Stanley internal stress tests did not adequately reflect the “risks and vulnerabilities specific to the firm.”

The punishment? Not a heck of a lot. Morgan Stanley has to resubmit its plan by the end of the year. But if the bank is still deemed to have deficiencies, a senior Fed official said that the central bank still might not impose any penalties. Clearly investors didn’t think there would be any ramifications either. Morgan Stanley’s stock rallied despite its bad stress-test results and was actually the best-performer among the big-six banks this week.

Then there’s Deutsche Bank (DB) and Santander (SC) . U.S.-based subsidiaries of those two foreign banks have failed the Fed’s stress test three years and two years in a row, respectively. The consequences: No fines. No immediate orders to add capital. The Fed had some harsh words for those banks this year, but that’s about it. (Notably, the IMF declared Deutsche Bank to be “the most important net contributor to systemic risks” among the world’s largest banks.)

Of course, the Fed’s stress test has always served a dual role—testing the banks, but also reassuring the public that they were safe. And that’s been a problem. In the beginning, the issue was that if the Fed made the test too hard it might rattle confidence if a number of banks failed. But if the test keeps moving in the opposite direction, few will be willing to trust it either.

When the Federal Reserve’s stress test first came out it was credited with restoring confidence in the banks and jumpstarting the financial system after the credit crunch. It was such a success that pretty much everyone agreed that it should become an annual thing. But like all annual gatherings, the stress tests are starting to look a little tired.