These Are the Fortune 500’s Fastest-Growing Companies 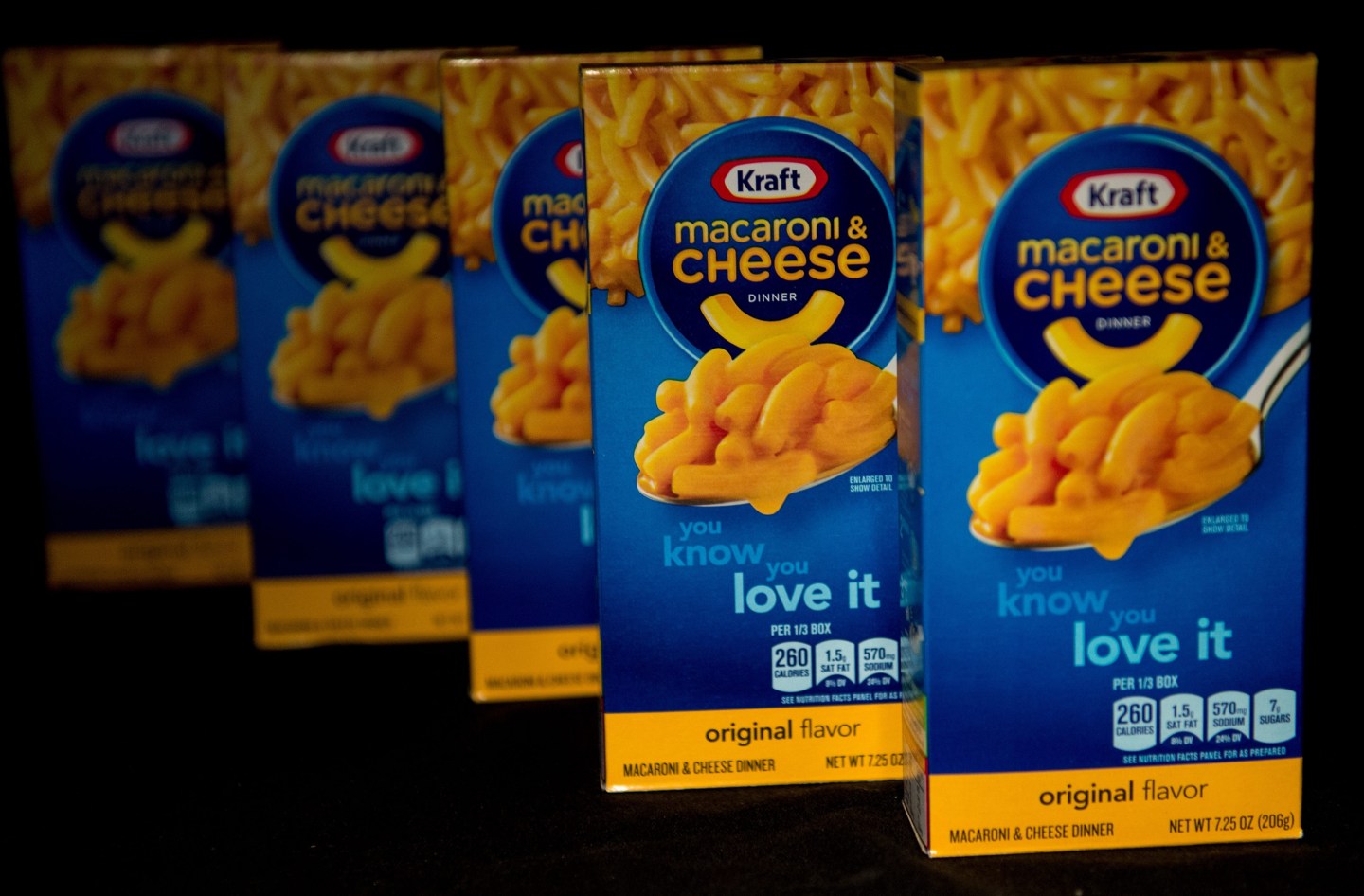 This photo illustration shows packs of Kraft's macaroni and cheese in Washington on April 21, 2015. From January next year, two kinds of yellow dye will no longer be added to the packaged dry pasta and processed cheese mix that is famous for its gooey yellow-orange look. Instead, natural ingredients like paprika, annatto and turmeric will be used, said Kraft in a statement on April 20th that promised no change in how Mac and Cheese actually tastes. AFP PHOTO / NICHOLAS KAMM (Photo credit should read NICHOLAS KAMM/AFP/Getty Images)
Photograph by NICHOLAS KAMM AFP/Getty Images

After a record-setting year of mergers and acquisitions, it shouldn’t be much of a surprise that the Fortune 500 companies that grew revenue most in 2015 did so through M&A.

Indeed, companies have been struggling to grow their sales for the last several years, opting instead to strike transformative deals that have in some cases doubled their size overnight. All five of this year’s fastest-growing Fortune 500 companies took part in a major merger or acquisition in 2015 (or several) that accounted for their double- or even triple-digit revenue growth. Without such deals, one of those companies, trucking concern XPO Logistics, wouldn’t have made the Fortune 500 list at all.

(Mergers and acquisitions were also a big theme among the Fortune 500’s fastest-growing companies last year, but not for all of them.)

The M&A wave has slowed in 2016, thanks in part to a string of deal-busting decisions by U.S. antitrust regulators. It remains to be seen whether the fastest-rising companies will be able to achieve the same blockbuster growth as this year’s top companies if they aren’t able to complete as many mergers.

Below are the five Fortune 500 companies that grew revenue the most in 2015. Visit our new Fortune 500 list for more information and breaking news about all of America’s largest companies.

Already one of the world’s largest trucking companies—the official term is “freight brokerage”— XPO Logistics (XPO) grew so much last year that it catapulted on to the Fortune 500 list, climbing 556 spots from No. 909 in Fortune’s 2014 rankings. The logistics firm, which transports cargo between various points in a supply chain, more than tripled its sales in 2015 after an acquisition spree in which it snapped up four other truckers.

In this case, revenue growth didn't mean profitability: Two of its acquisitions cost XPO more than $3 billion each, and the company’s bottom-line losses grew even more than its revenue: It reported negative profits of about $192 million last year, more than three times its losses in 2014. Not counting the acquisitions, XPO’s revenue grew at a single-digit rate last year, but the company hopes to grow more organically this year.

AECOM (ACM), an engineering design and infrastructure firm, more than doubled its sales in 2015 after acquiring its competitor URS Corp. for $6 billion including debt in late 2014. The deal was “the largest combination in our industry’s history,” according to AECOM CEO Michael Burke. Without it, however, AECOM’s organic revenue growth was flat last year, restrained in part by the effects of currency-exchange rates. And the company’s profits suffered as a result of costs related to the acquisition: AECOM swung to a loss of $155 million last year.

Dollar Tree (DLTR) more than doubled its store count in 2015 when it completed its acquisition of rival dollar-store chain Family Dollar, and its sales surged more than 80%. Revenue from Family Dollar—which has more stores than Dollar Tree—accounted for about 90% of that gain; without that, Dollar Tree grew revenue by less than 9%. Though Dollar Tree now outnumbers its competitor Dollar General (DG) in terms of stores, it still makes less in sales and has a lower market value than its peer.

Wondering how an oil storage and pipeline company could grow revenue 73% during a year when declining crude prices crushed most companies in that industry? It helped that this year’s Fortune 500 list is based on NGL Energy Partners’ fiscal 2015, which ended in March of last year, before the worst of the oil carnage. NGL Energy Partners (NGL) padded revenue during that year with a series of acquisitions that greatly expanded its oil storage and transportation capacity. (The company was also on our list of fastest-growing Fortune 500 companies last year, for similar reasons.) Since then, though, NGL Energy has divested some of the same assets, which lowered its revenue more than 30% in fiscal 2016, but boosted its sagging stock price.

The merger of the macaroni and ketchup companies, completed in July 2015 and valued at as much as $50 billion, is the main reason Kraft Heinz (KHC) (formerly Kraft Foods) grew its revenue 68% last year. Driven by legendary investor Warren Buffett, whose Berkshire Hathaway (BRKA) is a top investor in the combined company, the deal puts Kraft Heinz among the  five biggest food and beverage companies on the planet. Kraft Heinz will have to sell an awful lot of cheesy elbows and Jell-O if it expects to repeat its 2015 growth rate—that is, assuming it doesn’t make further acquisitions.