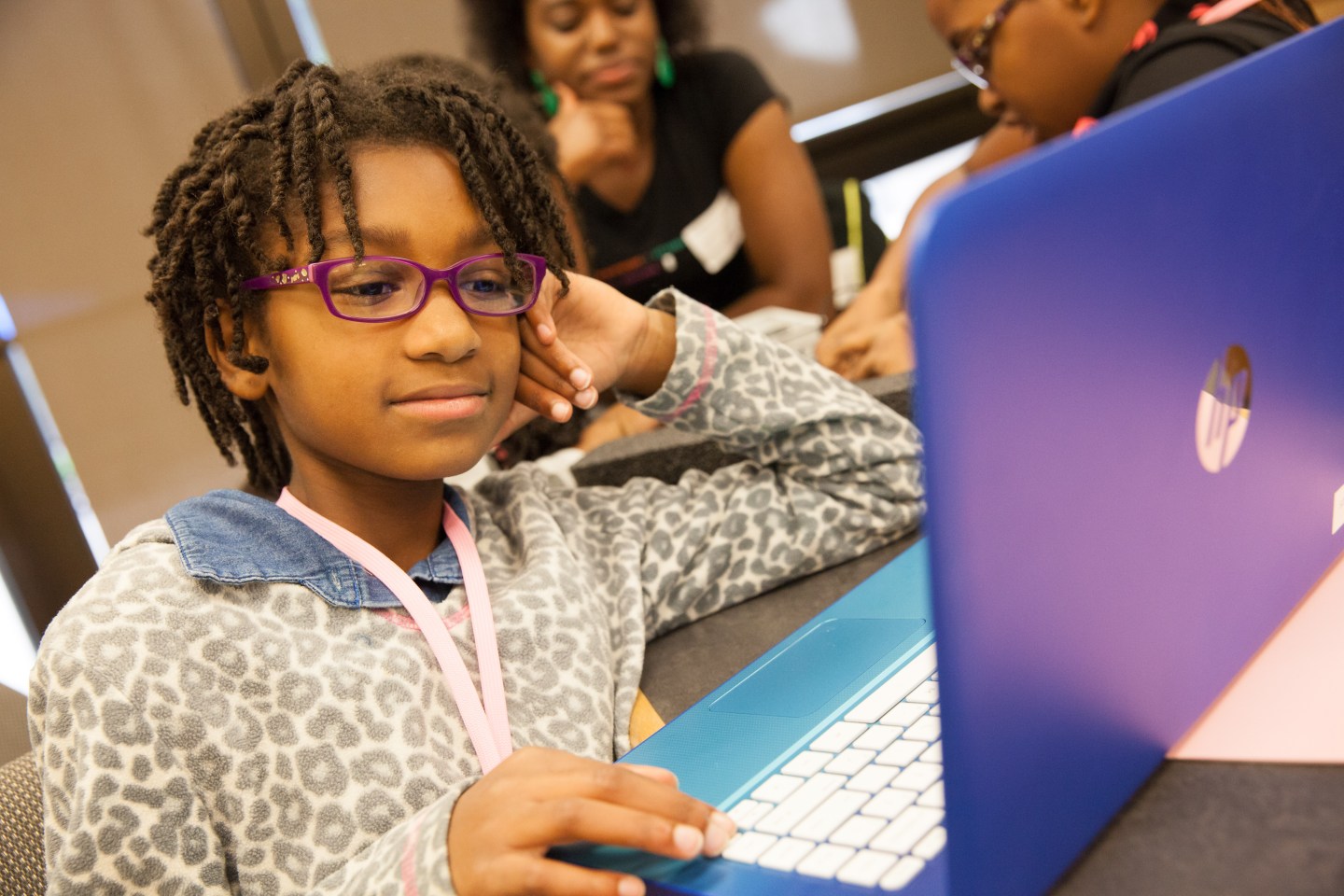 On Wednesday, the organization will be moving into Google’s New York offices, where it will use a 6,000-square-foot space as a classroom and an outpost for its East Coast programs. This is the organization’s first New York office. Ideally, working from inside Google’s office will let Black Girls Code tap into the tech giant for internship and mentorship opportunities.

Founded in 2011 by Kimberly Bryant, Black Girls Code teaches young girls of color how to code through various programs, ranging from one-day workshops to 12-week camps. The organization has chapters around the country, and it has partnered with companies like Google, Oracle, and AT&T.

But one way in which this partnership can be different is that it won’t be a one-way street. While Black Girls Code will get access to Google’s resources, the search giant will also have the opportunity to interact with women of color, as Bryant told Fast Company. Google (GOOGL), like most of its peers in Silicon Valley, doesn’t have a very diverse workforce. When the company released data about its employees’ demographics last summer, little had changed since it first published a similar report in 2014.

Since then, Google has made efforts to promote diversity in the tech industry. Last year, it pledged to spend $150 million on programs both inside and outside its company, and it has been working to broaden its hiring approaches so it can find more diverse candidates.

“These kinds of programs are really important, and there are a lot of big reasons why, especially as we look as who is getting hired and promoted, and the kinds of barriers that are getting in the way,” David Drummond, Google’s senior vice president of corporate development and chief legal officer, told Fortune‘s Ellen McGirt earlier this year of the company’s investment in such programs. “You may be right that it’s hard to bring computer science to everyone, but we can get it to a lot of folks. The ones who are talented, ambitious, and driven.”

Still, to Bryant’s point, directly hosting her organization inside its building could have as deep of an impact on Google. As the industry continues to point to unconscious bias as a major culprit when it comes to discrimination in hiring, what better antidote than to regularly work with people from underrepresented groups and absorb their everyday perspectives?

To date, Black Girls Code has worked with more than 6,000 kids and hopes to train one million young girls to code by 2040.