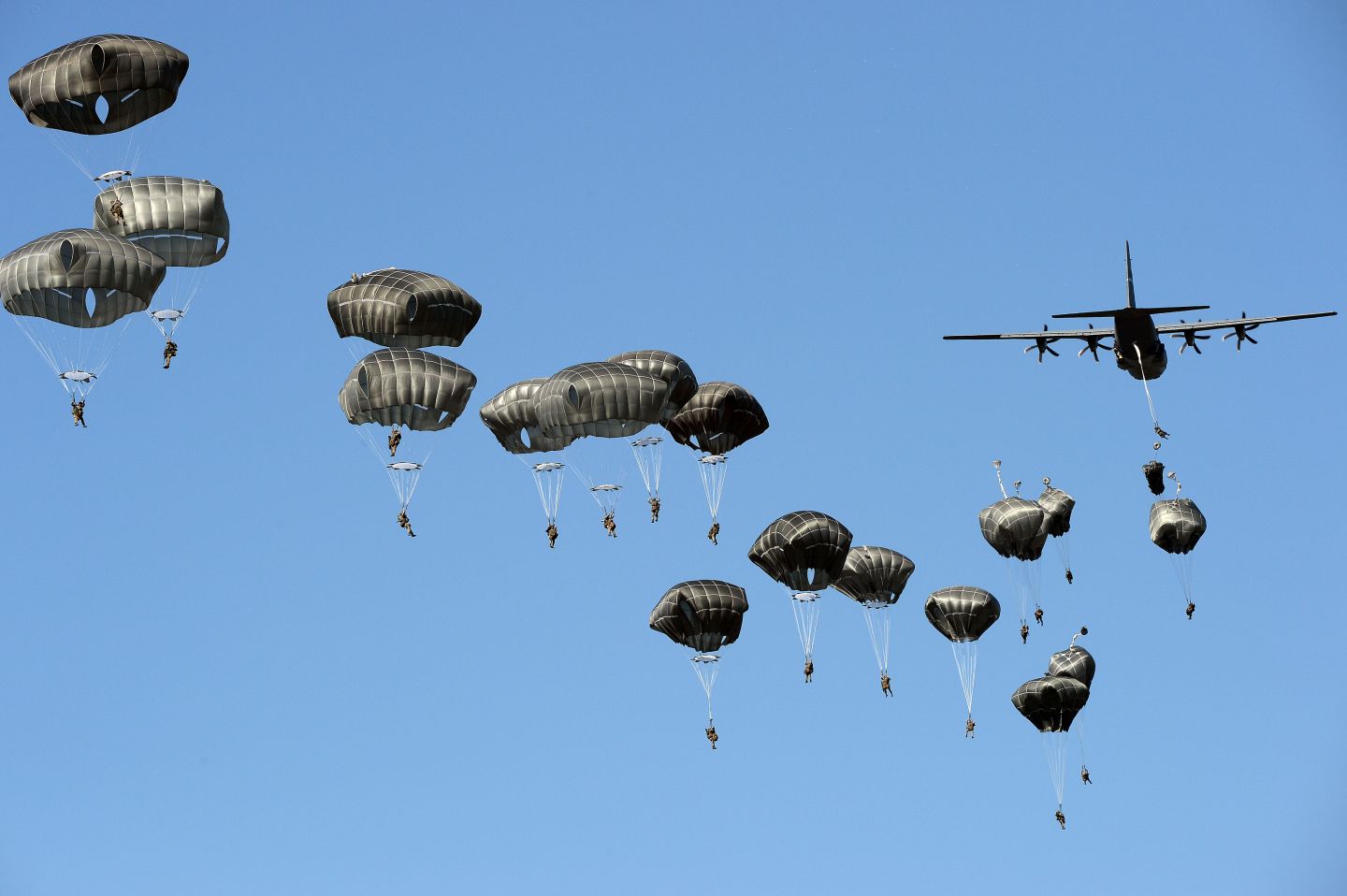 US troops land with parachutes at the military compound near Torun, central Poland, on June 7, 2016, as part of the NATO Anaconda-16 military exercise. Anaconda is the largest-ever military exercise involving NATO partners, amid the West's worst standoff with Russia since the end of the Cold War. / AFP / JANEK SKARZYNSKI (Photo credit should read JANEK SKARZYNSKI/AFP/Getty Images)
Janek Skarzynski—AFP via Getty Images

Chris Lynch has been known to rail against startup accelerators.

The co-founder and general partner at Cambridge, Mass., venture capital firm Accomplice and former CEO of Vertica, a big data company that sold to HP (HPQ) in 2011, says he has a better mechanism to jumpstart startups: Investment syndicates. The idea is to have experienced entrepreneurs invest in early stage companies through platforms like AngelList, a website that connects entrepreneurs, startups, and angel investors. (Accomplice backs AngelList, by the way.)

Now Lynch is putting his money where his mouth is by co-creating a cybersecurity-themed investment syndicate, he tells Fortune. Hack/secure, as the group is called, assembles 25 top cybersecurity entrepreneurs on a mission to seed 100 cybersecurity companies in three years.

Lynch is joined by Cort Johnson, a fellow partner at Accomplice who runs hack/reduce, a not-for-profit organization co-founded by Lynch in 2012. Hack/reduce—the group from which hack/secure springs—consists of Boston-based technologists, academics, and investors who are interested in big data. The community has partnerships with MIT, Harvard, and other universities as well as sponsorships from Microsoft (MSFT), IBM (IBM), and Google (GOOG).

Hack/secure will operate as follows: Whenever one of the group’s members finds a cybersecurity firm worth investing in on AngelList, hack/secure will contribute up to $250,000 in additional funding. The goal? Nothing short of “protecting the free world,” as Lynch likes to say, through technological innovation and unabashed venture capitalism.

“We’re under siege and I think people are distracted,” Lynch says. “Everything runs on software—planes, trains, automobiles, the stock market, utilities—when someone really wants to fuck up the free world, that’s how they’re going to do it.”

“We’re not only going to stop that from happening, but innovate and fund companies that can proactively eradicate those threats,” he adds.

For more on cybersecurity startups, watch:

The group has already made its first investment in Kolide, a Boston-based cybersecurity startup that plans to expand on open source software originally developed at Facebook (FB). Kolide aims to build its business on top of osquery, a computer protection tool that helps IT pros keep tabs on their network (for instance, by finding points of vulnerability and hunting down attackers), through training, consulting, education, and supporting the open source community.

“Investors want assurances that the next technology they invest in is not going to be the source of the next breach,” says Jason Meller, CEO and founder of Kolide and former chief security strategist at FireEye (FEYE). With osquery, “the community has the ability to scrutinize and evaluate the code to make sure it’s as secure as it can possibly be, versus the vendor claiming the technology is proprietary and has been reviewed by quote unquote experts.”

“That is a classic blunder of security by obscurity to me,” Meller adds.

“Companies often nail their IP close to their chests,” Webber says. “Jason impressed me with his go to market, which is to do the opposite—make that a commodity.”

“The best people are not all in one location across the U.S., so need to be where they are,” hack/secure co-founder Johnson says. Other members of the syndicate include: