How FLOTUS Evolved Into a Springboard to the Presidency Itself 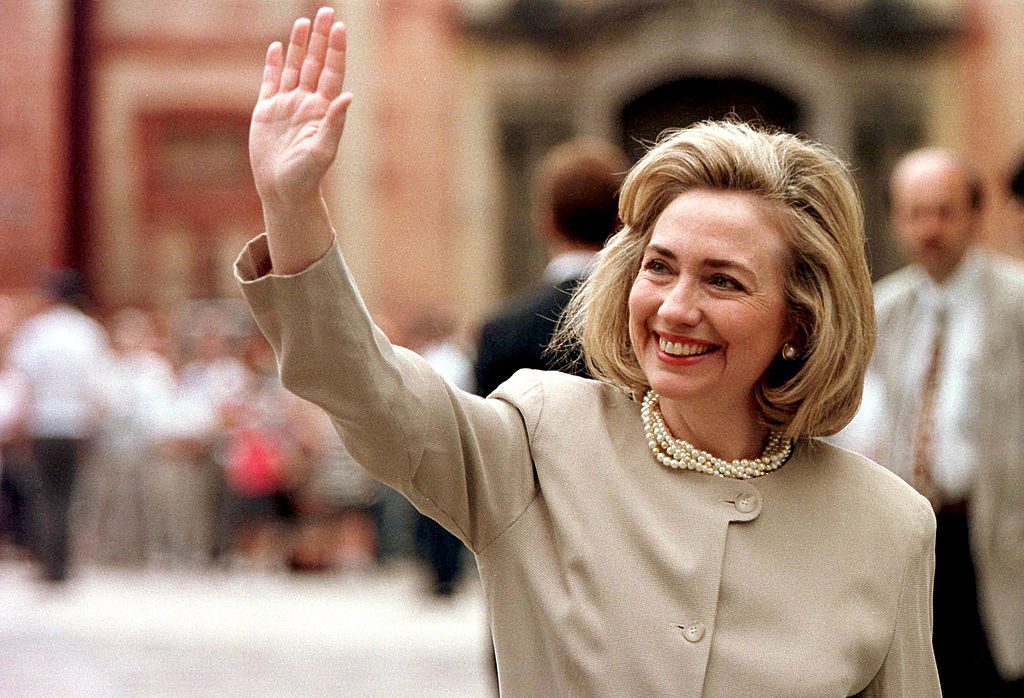 Americans should prepare themselves for the demise of a two-word phrase they’ve all used. Like “radio dial” and “carbon copy,” “first lady” will soon become archaic, a relic of a bygone era.

Even if it does not happen after the 2016 election, as now looks likely, a woman will surely become president of the United States in the near future, either because she wins the election or moves up from the VP chair. If she has a husband, and she probably will, we will need another title for the president’s spouse. The one we’ve used for more than a century and watched other nations adopt, without translation, will no longer fit.

Long before Americans settled on a title for their president’s wife, they were paying her lots of attention. Local newspapers in the capital city dubbed her “Lady“ or “Presidentress” and reported on her clothes, her health, and how she entertained her guests. By the time Lucy Hayes accompanied her husband (President Rutherford B. Hayes, 1877-1881) on his precedent-breaking trip across the continent, she had become a national figure, her image relayed and her personality detailed in popular magazines. Fans sought her out for an autograph or a bit of fabric from one of her dresses for their quilts, and the title, “first lady,” rarely used previously, became the one that stuck.

Several of Mrs. Hayes’ successors frowned on the title. Jacqueline Kennedy instructed her staff not to use it. She said it sounded like a saddle horse. But by the 1960s it had become the entrenched label for the person who operates out of the East Wing of the White House—overseeing the entire household, handling correspondence and publicity regarding the family, arranging the president’s entertaining of legislators and foreign dignitaries, and even subbing for him at ceremonial events that do not fit into his busy schedule.

In the roster of women who have held the title, a few stand out. Some became very popular, boosting their husbands’ approval ratings. Others championed reforms (Lucy Hayes on temperance; Ellen Wilson on eradicating slums) that responded to the thinking and needs of the times. Eleanor Roosevelt usually comes out on top when historians rank first ladies. With slightly more than 12 years in the White House, she developed her own loyal following while also serving as FDR’s “eyes and ears” in both poverty-struck Appalachia and the battle grounds of the South Pacific.

Hillary Clinton is the first president’s wife to run for elective office herself, although several of her predecessors, including Eleanor Roosevelt, Betty Ford, and Lady Bird Johnson, were touted as potential candidates. Clinton’s two successful campaigns for the U.S. Senate, her experience in the 2008 presidential contest, and her years as secretary of state added valuable credentials. But it was her eight years as first lady that earned her the national spotlight.

Most first ladies before 1960, including Eleanor Roosevelt’s immediate successors, kept a low profile, concentrating their efforts on creating a tranquil space for the president to do his best work. To help them, they enlisted friends and relatives, many of whom worked on a volunteer basis to answer mail and send out autographs, photos, and other souvenirs that a curious public requested. Without taking much credit for any of it, first ladies tried to keep family pressures low, encourage favorable press coverage, and manage social events impeccably, in order to cast the man in the Oval Office in the best light. Even an independent activist like Eleanor Roosevelt demurred about having any influence with the president. When one grateful man publicly acknowledged her help in finding him a job, she reprimanded him for putting her in a “very embarrassing position by having made it appear that I had used my influence.”

When the job fell to Lady Bird Johnson after the assassination of President Kennedy in 1963, she said she felt like she was on stage for a part she had never rehearsed. In fact, she was better prepared than any of her predecessors, and she proceeded to compile a virtual guidebook for her successors. Having lived in Washington part of every year for three decades, she was well acquainted with journalists, members of Congress, and their families, and she opened up the White House to them; not just the state floors that every tourist sees but the family quarters upstairs that earlier first ladies had kept for the family’s personal use only. Mrs. Johnson had taken an increasingly active part in each of her husband’s 10 campaigns. And when Lyndon Johnson ran for a presidential term of his own in 1964, she did what none of her predecessors had ever done—she made a solo campaign trip through areas where he was unpopular. Moving by train through eight southern states, she explained that she wanted people there to know her husband cared about them, although he had angered many with his stand on civil rights.

After LBJ won in a landslide, Lady Bird Johnson used the managerial expertise she had acquired in two decades of running her own communications business to hire and oversee an extremely competent staff. A savvy newspaperwoman, Liz Carpenter, took over press relations, and a well-connected senator’s daughter, Bess Abell, became social secretary. Mrs. Johnson gradually added to her entourage, pulling environmental specialists from the Interior Department to help in her beautification project, which enriched her husband’s agenda while burnishing her own legacy.

Jacqueline Kennedy, who made headlines for restoring the White House, named its first curator, and under the Johnsons the curator became a valued administrator and source of expert advice on managing the president’s residence. Now the duty of choosing furnishings, deciding which art to acquire, and overseeing the replacement of draperies and china would be that of a trained professional and that person’s assistants, operating out of offices on the ground floor.

Well before she left the White House in 1969, Lady Bird Johnson had taken charge of planning for the library that would preserve the legacy of what she called “our” presidency. She oversaw site location, selection of an architect and staff, and even intervened in decisions on how to store documents and mount exhibits. Among the many books in that library would be her own, A White House Diary, an 800-page account of her time as first lady. But there would also be nearly three times that number of pages in the transcript of the audio account she made on her little tape recorder. Taken together, the published and unpublished diaries make clear she was a prime advisor to her husband, and that he valued her judgment.

Her successors, with varying degrees of enthusiasm and success, have followed Mrs. Johnson’s lead. First comes the election, and you need to campaign, raise funds, and court the supporters who will help get your spouse elected. With victory assured, hire a seasoned, reliable staff to handle press for the president’s family and arrange social events. It’s okay to counsel the president and offer your own perspective but don’t reveal the extent of that until your term ends. Stake out a project that is distinctly yours but will also add luster to the president’s record. Supervise the curator’s office and the large staff that cleans, cooks, and tends the gardens and physical plant of the most famous home in the world. Use the post-White House years to write a book about your role in the administration. And then work hard to ensure the excellence of the library that will preserve the record of what you and your spouse have done for the country.

Is there any doubt that a man could do all this as well as a woman?

When the presidential spouse is a man, there will be changes, besides the demise of the title, “first lady.” A man is less likely than a woman to put as much emphasis on family management as we’ve seen in the past. And that will be a loss to women across the country who warmed to Michelle Obama’s resolution to be “Mom-in-Chief.” But the job will stay essentially the same as it has been for the last 50 years—what one newspaper described in the Reagan years as a kind of “associate” president.

Betty Boyd Caroli’s most recent book is Lady Bird and Lyndon: The Hidden Story of a Marriage That Made a President.