Elon Musk Says Tesla and SolarCity Could Be $1 Trillion Company 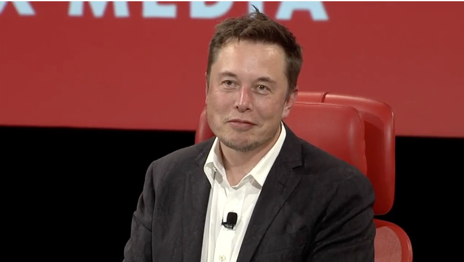 Billionaire entrepreneur Elon Musk laid out his vision of combining his electric car company Tesla and solar installer SolarCity by predicating that a merged company could achieve a blockbuster $1 trillion market capitalization.

He said that the huge valuation, yet to be achieved by any company, would be reasonable for the combined automotive, power storage and power generation giant. The proposed cost of the SolarCity acquisition—between $2.5 to $3 billion—would seem insignificant down the road, he argued in an effort to calm skittish investors.

“These numbers are going to seem like small numbers,” Musk said during a call with analysts on Wednesday following his surprise bid for SolarCity a day earlier.

Investors aren’t so sure. They are concerned about the high price tag of the SolarCity acquisition offer and sent Tesla’s shares tumbling by over 11% following the news. On Wednesday morning, Tesla’s shares are trading around $200 per share.

Musk also pointed to the 50% premium that was recently put on LinkedIn by acquirer Microsoft, and said the premium on Tesla’s offer for SolarCity was “an extremely normal” premium for a public company. In the future if the SolarCity/Tesla deal is closed “one isn’t going to be worried about whether it’s a few hundred million dollars one way or the other,” said Musk.

For more on Tesla’s Model X watch our video.

Musk’s long term vision for the company is a firm that can produce energy, using solar panels, store energy, using batteries, and use batteries for various applications like to power a car, manage the power grid, and power buildings. Bringing all those aspects into one “container” as Musk put it, would lower costs for both companies and deliver various synergies.

If a combined company is successful in transitioning the world to cleaner energy and more sustainable transportation, then a $1 trillion market cap would make sense, said Musk. Last year Musk said Tesla could be a $700 billion company, on par with Apple (AAPL) at the time, which was the highest valued company, in a decade. Tesla has a current valuation of around $32 billion.

Musk’s back of the envelope math to turn Tesla into $700 billion company (without SolarCity), would require Tesla’s annual revenue to maintain a difficult to achieve 50% growth rate for ten years, including a 10% profitability, and a price to earnings ratio of 20. Incorporating SolarCity into that would presumably boost that equation even more.