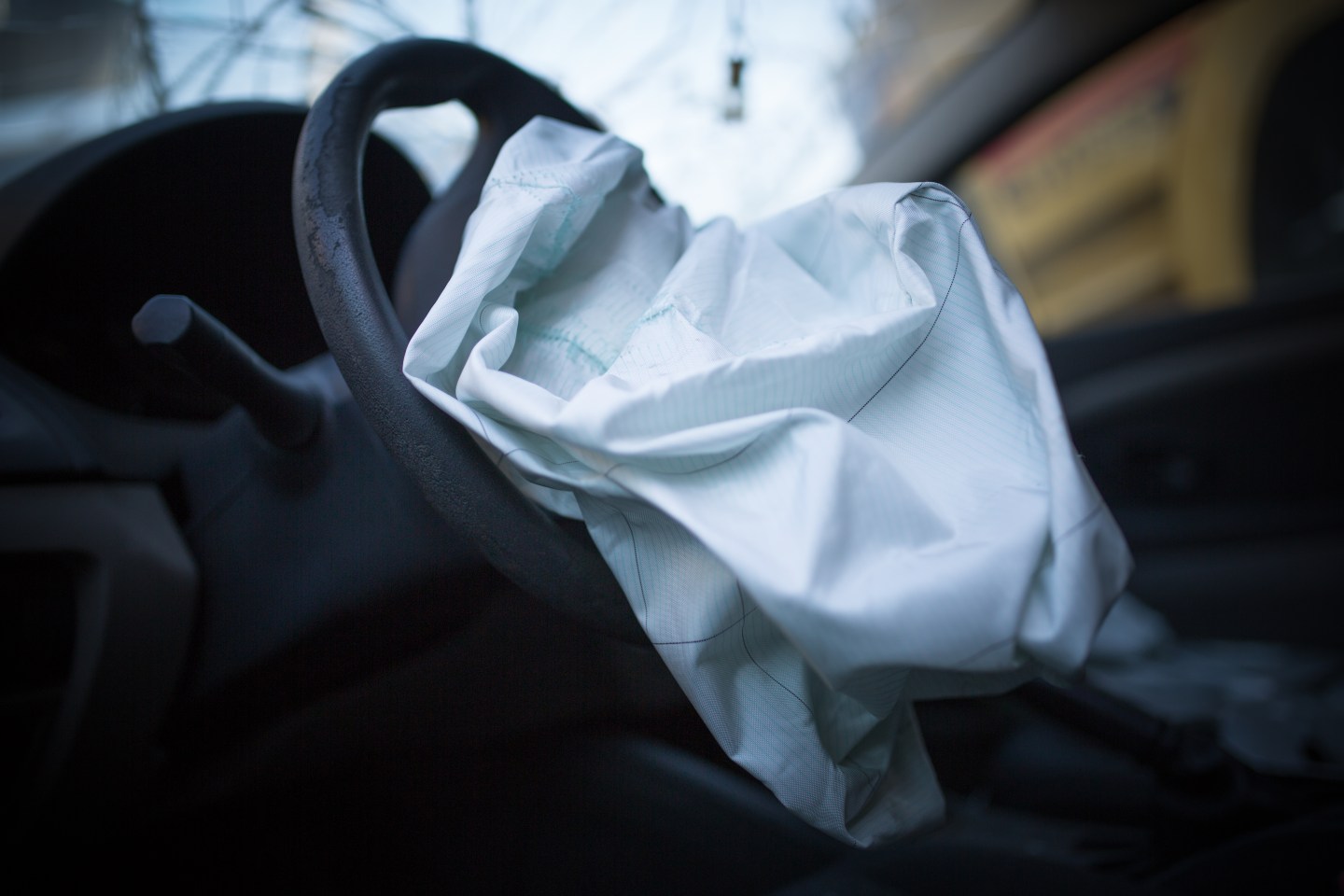 (Reuters) – Fiat Chrysler said on Tuesday it will halt the use of a Takata air bag inflator that will be subject to a future recall and will notify buyers of its 2016 Jeep Wrangler, the only vehicle equipped with the device, at the time of sale.

The company said it will halt production with the inflator, which lacks a drying agent, for North America by next week and by mid-September worldwide. Vehicles containing the inflator will need to be recalled by 2019 as part of a massive expansion of recalls by Takata.

Members of Congress and U.S. Transportation Secretary Anthony Foxx urged companies, including Toyota and Fiat Chrysler, to disclose the vehicles that would be subject to future recalls. Toyota disclosed its list of vehicles on June 10.

Fiat Chrysler said there have been no failures with the inflator in the Jeep Wrangler and said tests were performed on nearly 6,300 older versions of the inflator without any problems.

Takata inflators can explode with excessive force and spray metal shrapnel. They are suspected in 13 deaths worldwide and more than 100 injuries. Of those, 12 were in Honda vehicles and one in a Ford pickup truck.

Last month, Takata agreed to declare as defective, by 2019, another 35 million to 40 million U.S. inflators that lack drying agents in frontal airbags. To date, 15 automakers have announced recalls of 16.4 million vehicles and worldwide, nearly 100 million inflators have been declared defective.

A Senate report this month said Volkswagen and Mitsubishi are still selling new vehicles with defective air bags that will need to be recalled. The two automakers disclosed the vehicles subject to future recalls to the Senate Commerce Committee.

The U.S. National Highway Traffic Safety Administration said there have been no ruptures in any vehicles built since 2008. It added that vehicles do not become vulnerable to exploding airbags without long-term exposure to high humidity.

Senator Bill Nelson, a Florida Democrat who released the report on the vehicles, said on Tuesday that “ridding vehicles of these dangerous inflators is the right thing to do to ensure the safety of consumers.”