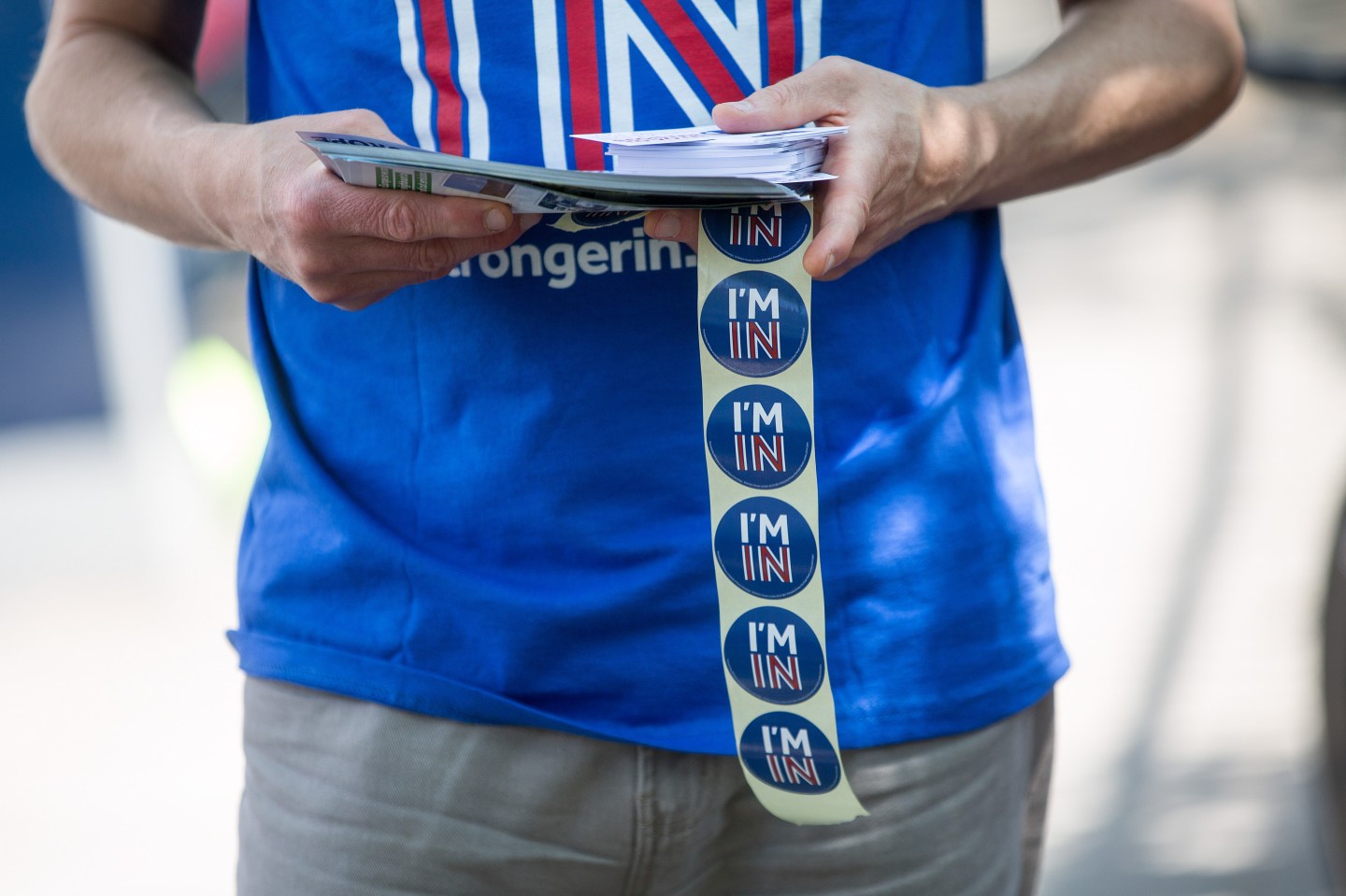 A vote in favor of a Brexit on Thursday will present the U.K., the EU, and the global business community with a lot of unanswered questions. One pressing question is what the terms will be that will govern trade between Britain and its 27 former EU partners going forward. This is vitally important to the island nation, as about half of its trade in goods is with its EU partner countries.

International trade negotiations have gotten to be extremely complicated. They address more than just tariffs—something of a nightmare in and of themselves because trade is never really free outside of a customs area—and increasingly face a wide array of conditions, such as what standards have to be met, or how a product needs to be labeled.

Just updating one duty-free deal that was limited solely to information technology products—the expansion of the Information Technology Agreement (ITA)—took two decades to negotiate. The ITA covers over 80 countries, so of course that negotiation would be time-consuming. But even the Trans Pacific Partnership (TPP), which consists of just 12 countries, took seven years from the decision to join to when the agreement was signed. While negotiations were concluded this year, it’s still unclear as to when it will be approved by Congress and go into effect.

The United States and the EU have been negotiating for three years a Transatlantic Trade and Investment Partnership (TTIP) deal, covering a wide range of subjects—as TPP will do. Some might have thought that this would have been easygoing since Europe and the United States are at the same level of economic development and enjoy a relatively calm bilateral relationship. As tariff levels of the EU and the U.S. are on average already low, the attempt has been made to deal with the next level of trade barriers—such as product standards. And we have many of the same automakers on both sides of the Atlantic, as well as the same safety concerns. So why can’t we just have the same standards? It’s hard to say, but agreement on that score has been elusive.

The Treaty of Lisbon, which establishes the procedures for an EU member’s departure, puts a two-year limit on the leave-taking process once formal notice of an intention to depart is given. It’s unclear whether that notice would be given quickly and whether the two years might be extended, providing none of the 27 remaining members block going beyond that deadline. It would be unlikely that the U.K. would have a deal in place on all of the issues that govern its trade with the continent within two years.

But shouldn’t it be straightforward for Britain and the EU of 27, having already had a single market, to be able to just cut a deal quickly? One would think so, but it is not that simple. What guarantees will there be that the two sides of the channel maintain the same standards in the future? Will the continent be as open to London’s financial services? And what about the free movement of people? That is a point of pride for the EU, and a worry for British voters.

As the two sides’ negotiators try to come to terms on the full range of problems, no longer having any common institutions, what should businesses do? Foreign investors often located plants in the U.K. on the assumption that they had a market of 508 million in the current EU, not a market of 64 million in Great Britain and 444 million on the continent. Does it make sense to expand plants in the U.K. when they were designed for the larger EU market? What if the regulatory environments of the two begin to diverge, and trade is no longer free from friction as it moves back and forth across the English Channel? Uncertainty dampens both trade and investment.

What would cure this problem? Since Brussels is certainly not going to agree to automatically adopt British regulations, should Britain just agree in advance to apply what is decided in Brussels? But that would mean not only surrendering sovereignty, a large part of what this referendum is about, but not having a say in what Brussels comes up with. Why agree to be at the mercy of the European bureaucrats from whose reach British voters in predicted large numbers want to escape?

The answer to a long list of questions is going to vex businesses with respect to their sales and production in an independent U.K. and EU minus Britain alike. Let’s hope that the British bookies are correct (and not the polls) that Brexit will be voted down. The alternative is not going to be good for any part of Europe, nor for its trading partners.