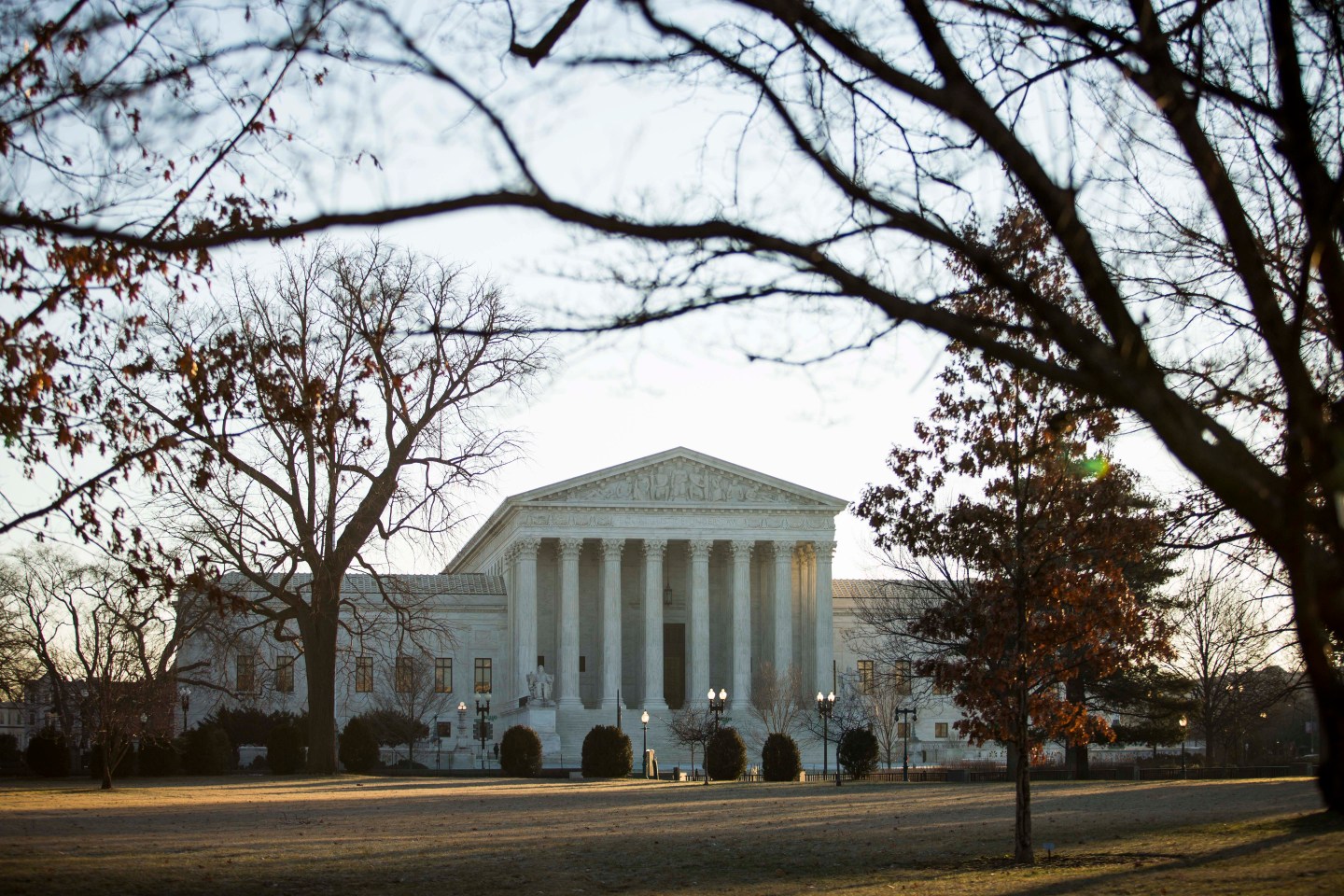 For years, the tech industry griped that the deck was stacked in favor of patent owners—until the Patent Office created a system for companies to challenge bad patents without spending years and millions of dollars in court.

On Monday, that system got a big boost when the Supreme Court rejected a challenge to the review system. The challenge sought to weaken the system by eliminating the broad standard that its specialized judges use to determine if patents should be cancelled, and introducing more oversight of the judges.

The case, Cuozzo v. Lee, turns on very technical issues, but it has been watched closely by the tech and pharmaceutical industries. Apple, for instance, joined other tech companies in briefs that called on the top court to preserve the review system because it provided an efficient way to weed out bad patents.

Steven Maebius, a patent lawyer with Foley & Lardner, explained the significance of the ruling in a statement.

“Petitioners will breathe a sigh of relief and patent owners hoping for a pro-patent turn of events will be disappointed in today’s outcome. … The Court has maintained the status quo,” he wrote.

The decision is a victory for a tech industry plagued by nuisance patent lawsuits, but a setback for the pharma industry, which has complained the review system is being abused by speculators, who have used it to attack drug patents as part of a short-selling strategy.

Board can review in “broadest” way

The case itself turned on a speedometer invention that shows when a driver is speeding. Cuozzo, the company that owned the patent, sued the Patent Office after its judges, who sit on a body called the Patent and Trademark Appeals Board, cancelled it upon finding the “invention” was obvious.

According to Cuozzo, an appeals court wrongly said companies can’t challenge the board’s decision to implement an “inter partes review” of the patent in the first place. (These so-called “IPRs” were created by a 2011 patent reform law, and allow anyone, including outside parties, to ask the board to review a patent.)

Cuozzo also said the court was wrong to uphold a “broadest reasonable construction” standard the board used to interpret the patent.

In a 8-0 portion of the Supreme Court decision, Justice Stephen Breyer upheld the “broadest” part of the lower court’s ruling, citing the public interest and Congress’ choice to give the Patent Office discretion.

“[C]onstruing a patent claim according to its broadest reasonable construction helps to protect the public. A reasonable, yet unlawfully broad claim might discourage the use of the invention by a member of the public,” wrote Breyer.

On the separate question of when a company could challenge the Patent Office’s decision to review the patent in the first place, the eight judges split 6-2. The majority concluded that Congress intended for courts to defer to the expertise of the patent board, and that courts should only hear an appeal if the board violates due process, or goes outside questions of whether an invention is pre-existing or obvious.

Justice Samuel Alito, however, wrote in dissent that the Patent Office should not be free from oversight as to when it can implement an IPR.

The IPR process is so important because, prior to its arrival, patent defendants typically had to wait for an expensive federal court trial before challenging a patent. Many felt this gave an unfair advantage to patent owners, especially “trolls” whose only business is collecting old patents, and then seeking to extract money from productive companies through licenses and lawsuits.

Some patent owners, on the other hand, have argued the IPR system makes it too easy for companies, especially in the tech industry, to wipe out patents.

Even though a patent owner can’t, as the Supreme Court confirmed, challenge a Patent Office decision to implement an IPR, the owner can still appeal the outcome of the IPR process.

Monday’s decision is a clear victory for the tech industry, and companies like Google (GOOG) and Apple, which have pushed for broader patent reform to curtail sprawling litigation by patent owners. (One example involves a company, which some have branded a troll, that recently won a $625 million jury verdict against Apple, and is now seeking to shut down its popular FaceTime and iMessage features.)

More broadly, the tech industry has also benefited from other Supreme Court rulings, including a seminal 2014 decision called Alice, which limited the opportunity to obtain patents for old ideas simply by tying them to software.

The new Cuozzo decision is likely to undercut the value of patents in the market. Yahoo (YHOO), for instance, is touting the sale of its patent portfolio as worth at least $1 billion, but such a figure seems improbable given the court rulings.

As Ars Technica notes, the recent Supreme Court rulings have changed the patent landscape from a few years ago when companies laid out $4.5 billion for old Nortel patents. The current system — with its IPRs and Alice rules — means that many patents are less valuable because it’s easier to challenge their validity.

But in one piece of good news for patent owners, the Supreme Court earlier this month made it easier for owners to collect triple damages in the event of blatant infringement.

Finally, the Supreme Court is likely not finished weighing in on intellectual property cases. As the Wall Street Journal notes, the Senate’s refusal to confirm a ninth Justice means the court is likely to shy away from major ideological cases that could create a 4-4 split, and instead choose issues like patent law where it’s more likely they’ll find a consensus.