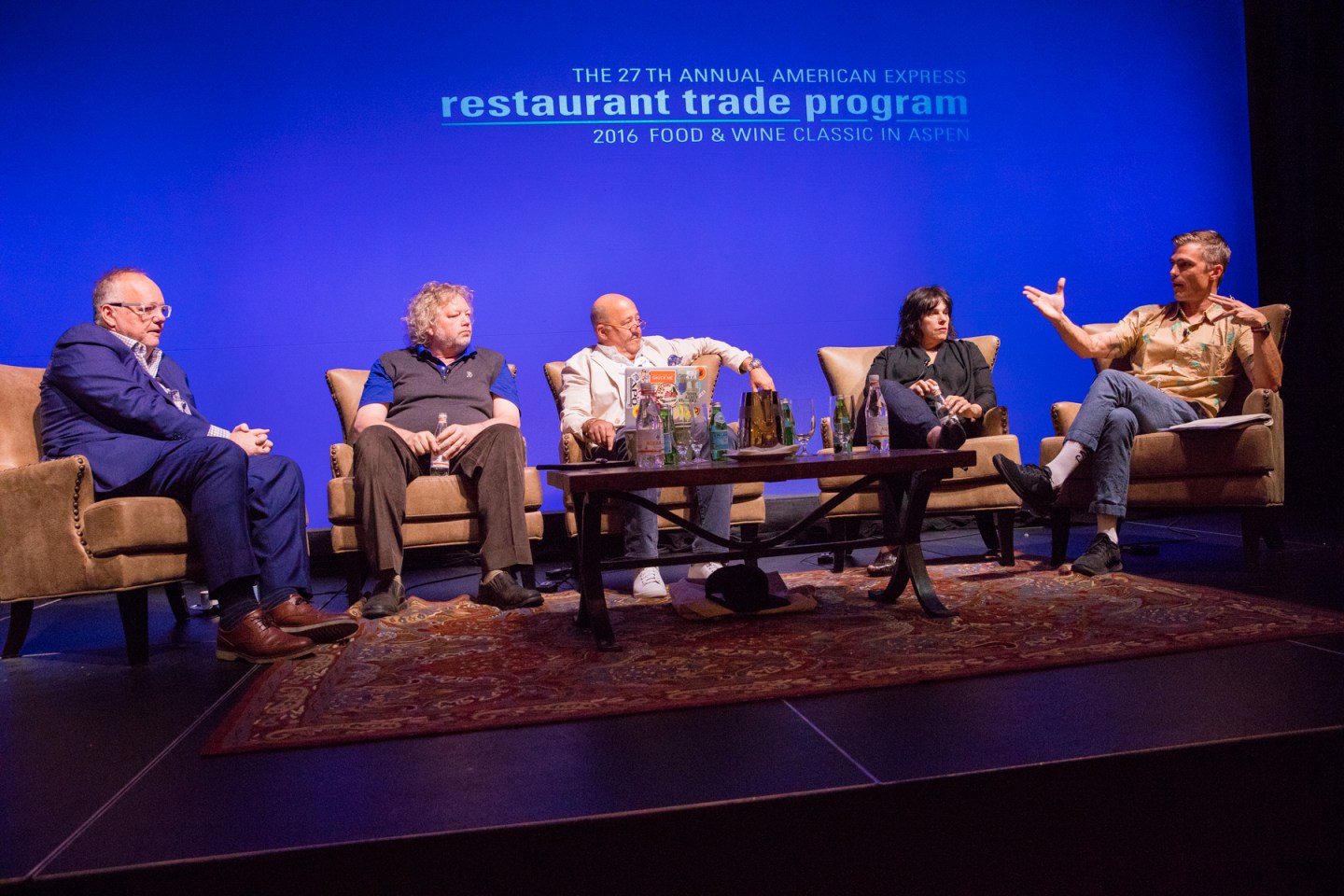 Running a restaurant has never been easy. But according to some of the biggest names in the industry, the economics have only gotten more challenging as restaurateurs grapple with everything from a $15 minimum wage to how best to implement technology like reservation systems.

“The cost of doing business is just crazy,” said Top Chef judge and chef Hugh Acheson during a panel on adaptation at the Food & Wine Classic in Aspen last week.

Fellow panelist Tom Douglas, perhaps Seattle’s best-known chef with his 18 restaurants, said margins for restaurants in his city are “so thin.” Douglas, who describes himself as very liberal, has offered his employees healthcare for 25 years, recently implemented paid time off, and will soon tackle paid family leave. He dropped tipping in his restaurants this year—customers were already averaging 19.1%—and instead started charging a 20% service fee to create more equity between back of the house and front of the house workers.

Despite already offering these benefits, Douglas’s payroll is going to be about $5 million more in 2016 for his 850 employees because of Seattle’s new $15 minimum wage, he said. Seattle is a “very expensive place to do business right now,” he explained, and that his company decided to sacrifice profits this year. “It turns out that was a good plan,” he added, “because that’s exactly what happened.”

“If we only had restaurants we would be out of business,” he said, in a nod to his cookbooks and line of rubs and sauces. “The restaurants would not be able to sustain this hit.”

James Beard winner Barbara Lynch, who runs a group of eight restaurants in Boston, has found herself in the same position. “It’s so tough to live in Boston right now with rents and developers,” she said. “Believe me, I want to make money, but I don’t want to do another brick and mortar.” She said that she’s trying to come up with new revenue streams—through e-commerce and building the brand through cookbooks. “You have to keep going and reinventing,” she said.

Until two years ago, Lynch had left the business side of the operation to a chief operations officer so she could focus on the food and artistry. But she said her COO had never been in hospitality and thought that he knew best—so she let him go and now runs it herself. “He was running a non-profit restaurant group,” she says.

The panelists expressed some wariness about technology—both from a cost perspective and whether it was really enhancing customers’ experience with food.

Douglas said that in Seattle, Uber Eats vehicles are decked out with ovens and fridges and guarantee five-minute delivery at lunchtime. “That’s where tech is taking us and it makes me sad, but that’s the reality,” he said. “I can hardly keep up.” (Delivery is now about 10% of his business.)

Lynch said she believed spending on technology like reservation platforms was often wasteful because it “changes too quickly and is not consistent.” As for the promise of data to give insights into customers—such as their favorite drink or table—that’s what she pays a staff for. “That’s hospitality,” she said.