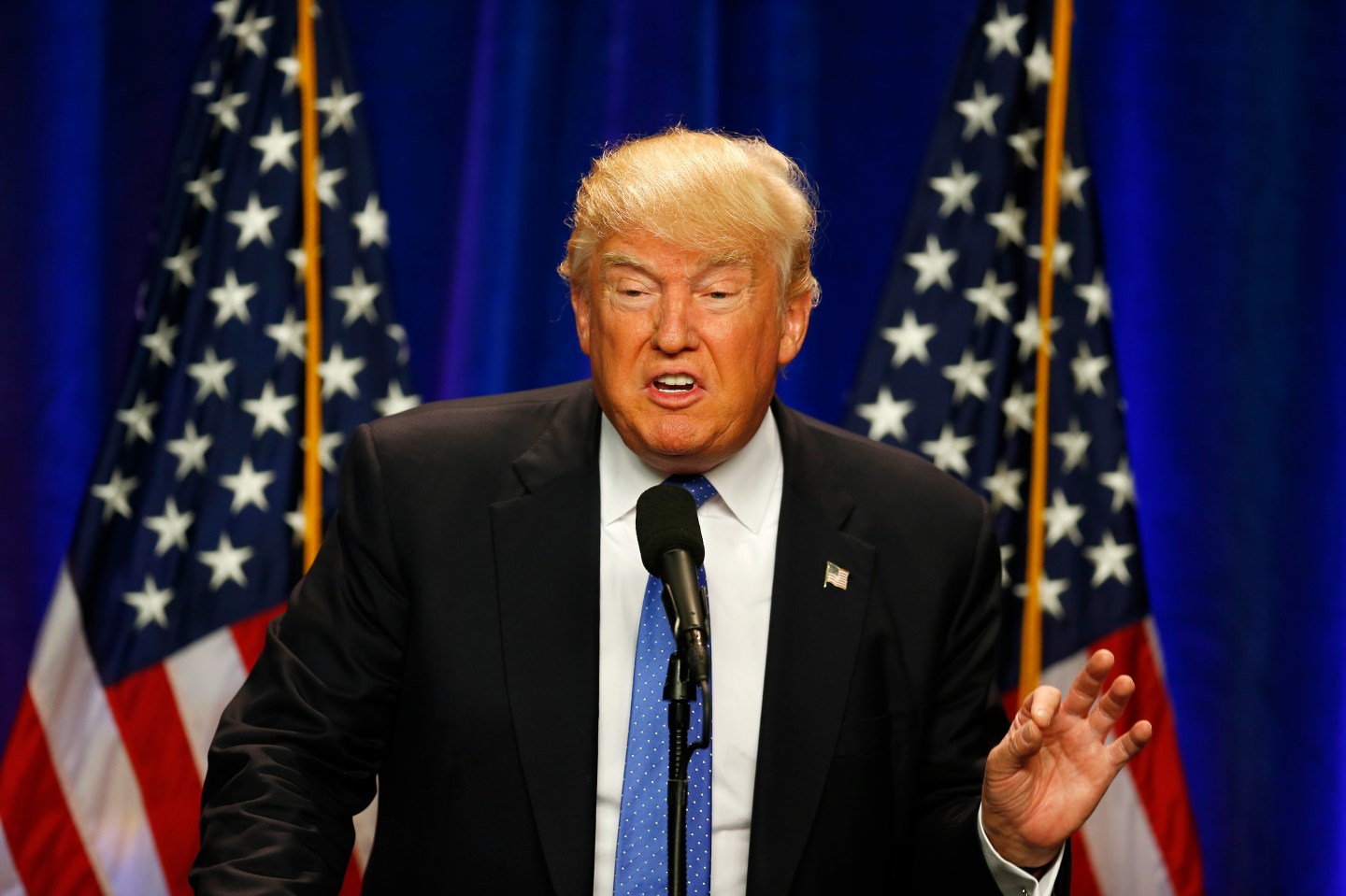 In 2008, the Democratic and Republican conventions each got about $140,000 in MacBooks and other technology from Apple. And four years later, the tech giant again lent gear to both conventions.

But this election cycle, Apple is reportedly sitting out the GOP convention in Cleveland because of presumptive Republican nominee Donald Trump’s incendiary comments about women, minority groups, and foreign refugees and immigrants.

Apple has privately told Republican leaders that it won’t provide money or other aid, Politico reports. An Apple spokesman declined to comment on the report.

Trump and Apple (AAPL) have had a tumultuous relationship in recent months, with Trump calling in February for a boycott of Apple products after the company refused to unlock an iPhone used by one of the San Bernardino shooters (though it’s worth noting that Trump does own Apple stock).

Donald Trump is not terribly well-liked by the rest of the tech industry either, at least as measured by political donations. CrowdPAC, a campaign analysis group, found earlier this month that, since announcing his candidacy last year, Donald Trump had only received 52 donations from employees at Silicon Valley companies. On the other side of the aisle, Vermont Senator Bernie Sanders received almost 34,000 donations and presumptive Democratic presidential nominee Hillary Clinton scored more than 2,000.

Still, other tech giants plan to work in some capacity with the GOP convention. Facebook (FB) has said it will be a sponsor of the convention. In April, Microsoft (MSFT) said in a statement that, “we decided last fall to provide a variety of Microsoft technology products and services instead of making a cash donation.” And Google (GOOGL) said it would live stream the event. HP (HPQ), on the other hand, has decided not to support the convention.

“We are working with a variety of major tech partners who are focused on being part of the American political process,” a GOP convention spokeswoman told Fortune in a prepared statement. A representative of Destination Cleveland, the area’s convention and visitors bureau, noted that Cleveland Host Committee had already raised 90% of its $64 million budget.

Representative of the Donald Trump campaign were not immediately available for comment.

This story has been updated with responses from Apple, the GOP convention, and Destination Cleveland.