‘DADvertising’: How Realistic Images of Dads Took Over TV Ads 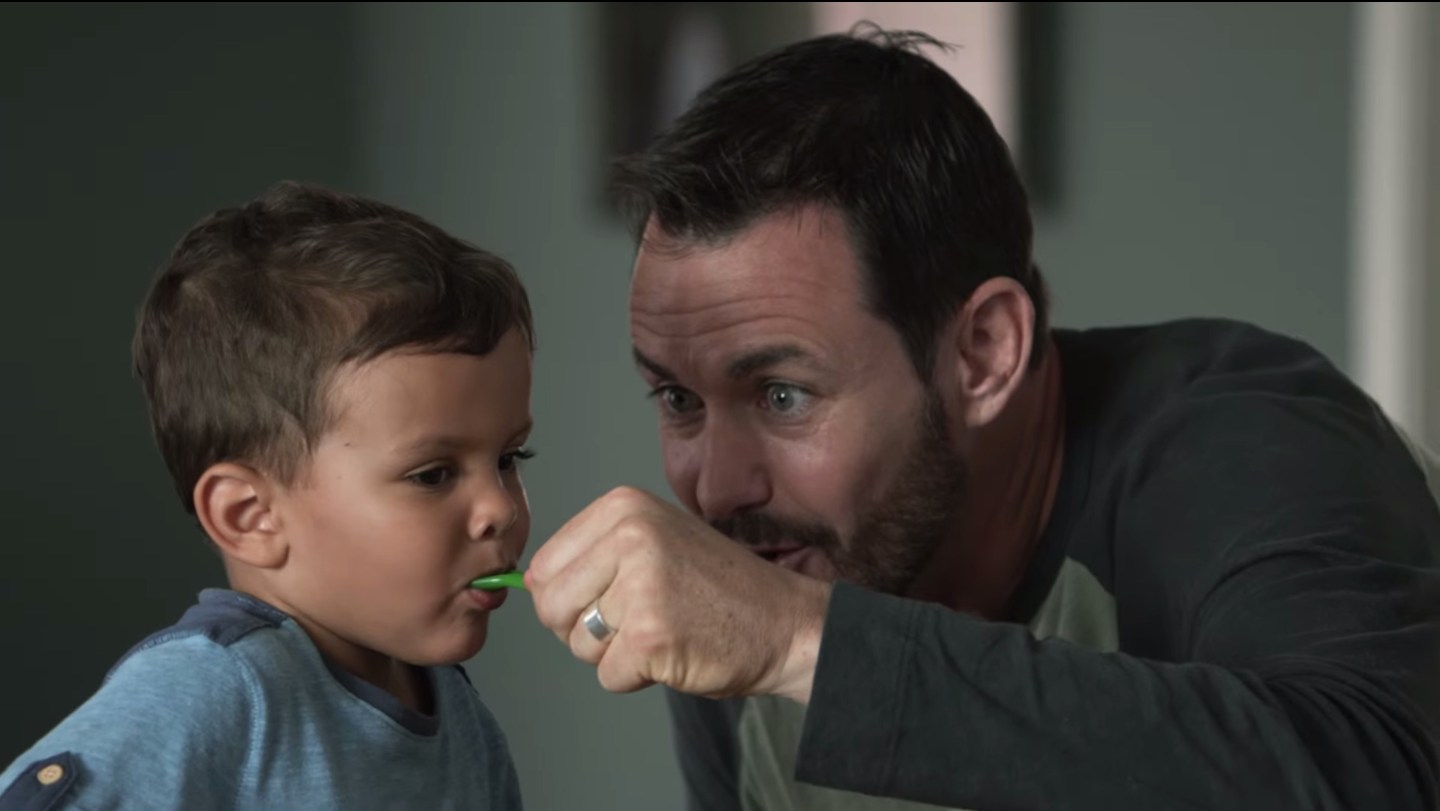 If you need evidence that a father’s role in the American home has changed, look no further than television advertising. The martini-sipping head of the household, doted upon by his apron-clad wife, is long gone.

Today, fathers are portrayed as cuddly caregivers, unafraid to get their hands dirty when it comes to daily parenting duties.

Really, it’s just a reflection of reality. According to Time, the number of fathers who stay home with the kids has doubled since the 1970s, and that trend is expected to continue for as long as childcare costs continue to skyrocket. The U.S. Census Bureau said that there were an estimated 199,000 stay-at-home dads and 1.9 million single dads in 2015, but even happily married fathers with full-time office jobs still want to devote more quality time to parenting than their fathers and grandfathers did.

As a result, the traditionally cold, remote and unemotional portrayals of fathers in advertisements now ring false. Dr. Michael Kimmel, Executive Director of the Center for the Study of Men and Masculinities at Stony Brook University, said that the commercials that resonate today depict “men who are doing things differently” than the 1950s version. This new kind of advertising has been dubbed “Dadvertising.”

It’s not clear who invented the term”Dadvertising,” but the trend was noticed during the 2015 Super Bowl, when many touchy-feely commercials featured dads. In the past, the dads in TV ads were depicted as generally clueless about children and housekeeping–Mom usually stepped in knowingly, advising which detergent would get that spot out. Now, dads are shown cooking, caring for the kids and generally engaged in family life.

The shift in tone that these commercials represent is about more than just acknowledging that times have changed. In the Netflix and Hulu era, fewer people than ever are watching regular commercial television, so advertisers have less time to influence the consumer. As a result, their survival depends on making spots that strike an emotional chord instantly. Hence the acknowledgement of single dads, stay-at-home dads, two-dad families, multiracial couples and any kind of dad who might instantly resonate.

In honor of Father’s Day, Fortune spoke with experts in the advertising field and in academia, and got their take on the best examples of “Dadvertising.”

He said that in the past, the goal of a commercial targeted at fathers was to leave him feeling that a product would earn him respect and envy.

“Their positioning was always ‘when you’re a man and you buy this product, you’ll get what you want,’” he said. “Traditionally, that was better perception by others.”

McCall said that a successful “Dadvertisement” subverts this positioning, and cited a recent campaign by Cheerios as a good example.

“By doing something as simple as showing Dad getting the kids ready for school in the morning, struggling with balancing the chaos of a busy morning, they’ve got a message that is different and easily relatable,” he said.

“Since the brand’s launch in 2010, Dove Men+Care has shown its understanding of modern masculinity,” he said. “Today’s men understand that real strength and heroism are defined by the care they show.”

Dr. Kimmel said that the “Men+Care” approach represents a definitive break from advertising targeted at men for decades. That’s right, beer and car commercials. We’re looking at you.

“Beer has always been viewed as a masculine, social drink,” he said. “Cars are depicted to consumers as ‘muscle cars’ to give men a tangible sense of power and control.”

Research conducted by Dove indicated that almost 90% of men surveyed believe that taking care of their families makes them stronger.

Sean Miller is Chief Strategy Officer at Rokkan, a New York City advertising agency. He said that the Marlboro man, a macho archetype once emblematic of the way men were portrayed in commercials, now bears no relation to the way fathers see themselves today. In fact, maybe he never did.

“These days it’s imperative to connect with real people in a real way,” he said. “People want to be able to see themselves in the media that they consume, whether that’s in movies, TV or commercials.”

One factor that’s sometimes overlooked in the shift to “Dadvertising” is the public shaming aspect of social media. Companies now get bad feedback in real time if they make a tone-deaf commercial, and the pulled ad, tweeted apology and change in strategy take only a matter of hours.

He also mentioned a recent Campbell’s Soup spot, which depicted a male same-sex couple riffing on Darth Vader with their son.

Despite Miller’s choices of good “Dadvertisements,” he said that he would be perfectly happy to see the designation disappear entirely.

“I personally don’t like the idea of ‘Dadvertising’ or ‘Momvertising,’” he said. “To me, these concepts are dated stereotypes that define a person based on a demographic data point, not who they truly are. A good ad these days should focus more on what’s between a person’s ears, not their legs.”