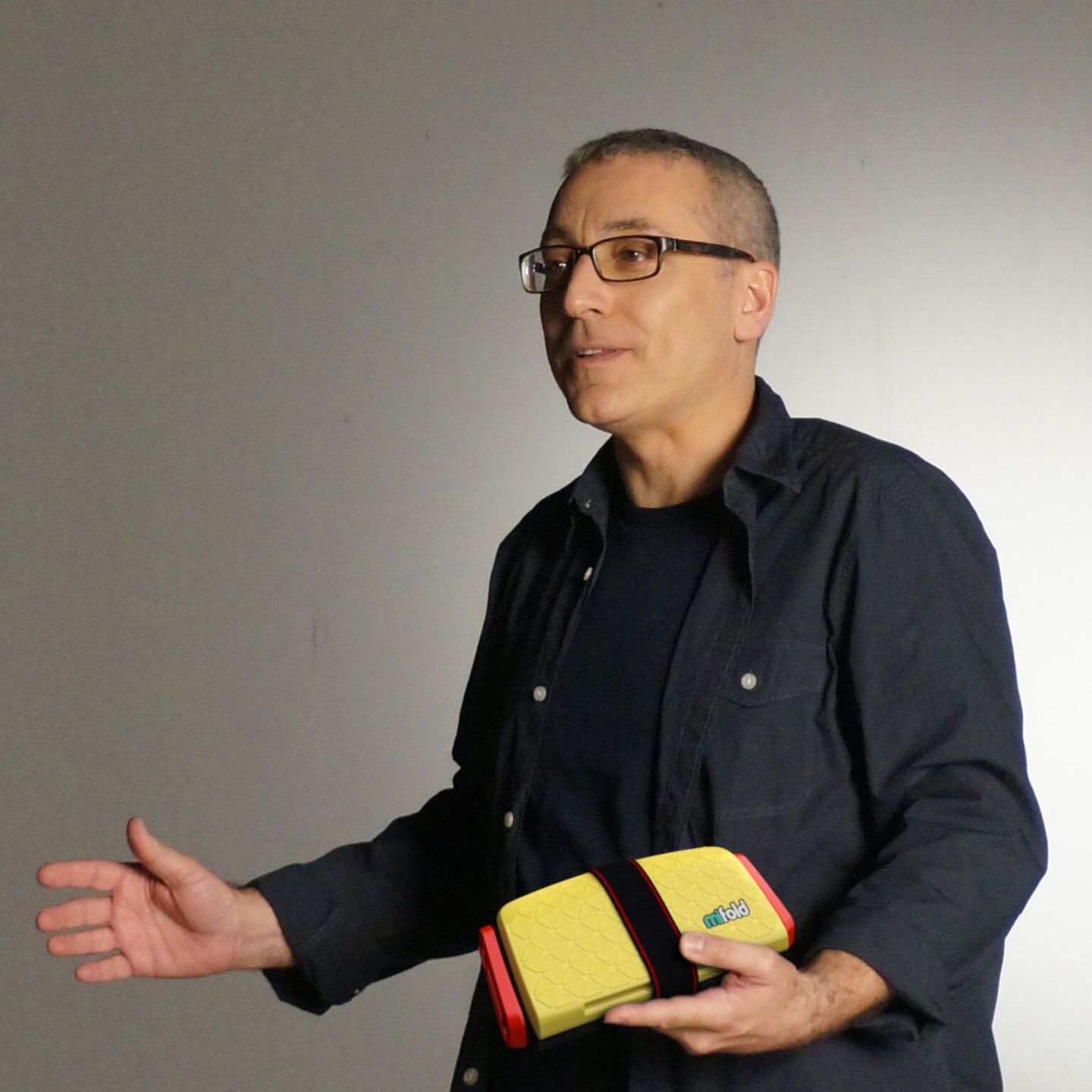 Working full-time and raising three children might not be the most conducive environment for every entrepreneur, but it gave Jon Sumroy the necessary inspiration for a successful new venture.

The founder and creator of the Mifold booster seat says he got the idea for his product around 2002 during the endless carpool shuffle that occupies so much of suburban life. Although he was born in England and now lives in Ra’anana, Israel, Sumroy lived in Englewood, N.J., at the time and was working at a tech startup.

“I had three young children and they were all using car seats regularly, or they were carpooling to school in someone else’s car without the right protection, and it really bothered me,” he said.

Part of the problem is that car seats are generally big and bulky, and a hassle to carry around everywhere. Carpooling neighbors also might not have enough safety seats for the kids they’re shepherding. Sumroy thought a compact version that was light, easy to carry, and most of all safe, would be a great idea.

But life got really busy and he filed the idea away for about a decade. In the intervening years, he moved to Israel for Johnson & Johnson to oversee its consumer business in that country.

Then, in 2012 a friend sent him a magazine article that said 50% of children don’t have a car seat when they’re carpooling. That old light bulb went off: nobody had yet solved the problem.

Like so many entrepreneurs before him, Sumroy spent countless evenings and weekends designing the first prototype himself, fashioning it out of canvas and straps in the garage of his house. A year later, he launched the company.

In its current form, Mifold is so simple, it’s hard to see why someone else hadn’t thought of it first. (And yes, Sumroy says he has patented the idea.) Whereas today’s car seats bring the child up to the level of the seat straps, Mifold works in reverse. The device, which is made of aluminum, steel and a hard plastic polymer, pulls the seat belt down to the child’s height, attaching it to clasps on extendable arms on either side of a fold-out cushion. Mifold also positions the belt across the hip bones, which is potentially safer for the child during a collision, its founder says. Perhaps best of all, the whole thing folds up to the size of a woman’s evening bag, and weighs a scant 1.6 pounds.

Mifold, which is meant for children between 4 and 12 years old who weigh between 40 and 100 pounds, has caught on with parents. Last year, it had a hugely successful campaign on crowdfunding site Indiegogo, where it raised $1.9 million. The company’s original target was $40,000, an amount Sumroy says the campaign raised in its first two hours. By the end of the first day, it had raised $150,000.

Sumroy has since sold nearly 50,000 seats to 25,000 people through Indiegogo, which has served as the platform for sales following the end of the campaign.

Mifold has also raised $3.3 million from investors, including a recent $1.5 million from Sweet Capital, an investment fund run by the founders of King Digital, maker of the mobile game Candy Crush. The latest round of funding will enable the company to expand its manufacturing capacity and to invest more in marketing, Sumroy says .

So far, Mifold has delivered 20,000 of its pre-orders within the U.S., which is the first country to approve the product for sale following numerous crash-tests and a lengthy federal safety standards review process.

One early buyer is Julie Woolf, a mother of four in La Jolla, California. She and her husband Anton ordered six Mifolds, which arrived just in time for a family trip to Alaska. Her family has six car seats and three booster seats, and typically travels with lots of that gear when they go on vacation.

Related: The Best Marketing Tool is Already in Your Customers’ Hands

“The amount of stuff we have to schlepp is insane,” Woolf says, adding she already tested the Mifold with her 8-year-old. While she sees it helping her be able to pack less, she also likes the idea of putting Mifolds off in her kids’ backpacks for use when they ride in friends’ cars.

Within the next few months, the product will be for sale in the U.S. on Mifold.com, the company’s website, as well as through large national retailers including Amazon, Walmart.com, Buy Buy Baby, and Babies R Us, Sumroy says. It will retail for $49.

And Sumroy looks forward to getting the product approved for sale in other countries, with plans first for Canada, the European Union and eventually Asia and Latin America.

“Mifold resonates with parents around the world,” Sumroy says.