A Round Smartphone, But Not Quite 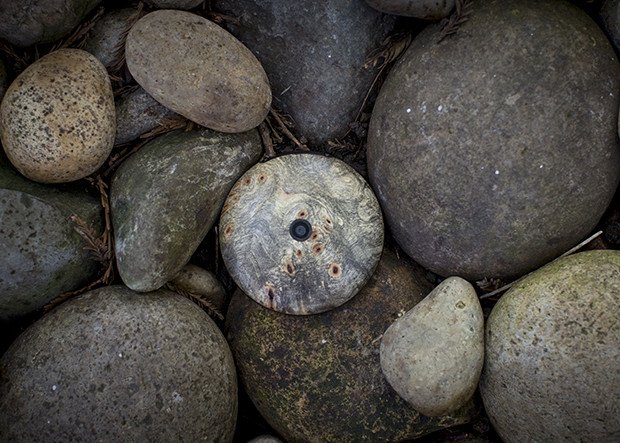 It’s hard to remember now, but when the iPad was first announced in 2010, there was a measure of skepticism about whether this weird tablet thing would really catch on. Keep that in mind as we present the Runcible, which is something like a smart phone, but not quite—from its distinctive round screen, to the way it encourages you to interact with the digital world.

The palm-sized Runcible has WiFi, Bluetooth, and eventually, 4G. It also has GPS, and runs a modified version of Android, including some crucial smartphone features like mapping. Monohm, the tiny company behind the device, is still looking for 4G providers, but you’ll eventually be able to use it to make calls through a Bluetooth headset.

But unlike a smartphone, the Runcible is, in the company’s words, “designed to be quiet, to never interrupt you, and to use all that power to enhance your real life rather than constantly pulling you into the digital world.” That means, most of all, no real-time pings from texts and social media. Instead, the Runcible will collect those notifications and serve them when you choose. It also won’t have access to Google’s app store, which is sure to cut down on distractions.

The Runcible’s timing feels right, coinciding as it does with a growing sense that we might be just a little too connected. Professionals, for instance, are becoming more aware that distractions are the death of productivity and, by the way, multitasking is a myth.

From its optional sustainable, locally-sourced wood case to its shape—inspired by pocket watches and compasses—the Runcible seems a little more Williamsburg dilettante than board room zen-master. Even the name is aggressively twee: “Runcible” is a made-up word frequently used by the eccentric 19th century poet and illustrator Edward Lear, who helped popularize the limerick.

For more on smartphones, watch our video.

It’s also clearly a hacker-centric product, with the company saying it’ll be easy to open, modify, and repair, both on the hardware and software side. They’re describing it as “an heirloom electronic,” resistant to the cycle of planned obsolescence.

Despite broad media attention, Runcible’s Indiegogo preorder drive isn’t exactly catching fire—only around 250 backers have signed up so far for the device, which is priced at $399 or $499. That’s probably okay with the company, since for this first push, they seem to be looking for early adopters willing to experiment with the device, and even contribute to its further development—including helping them find 4G providers.

Preorders for the Runcible are open until June 30th.