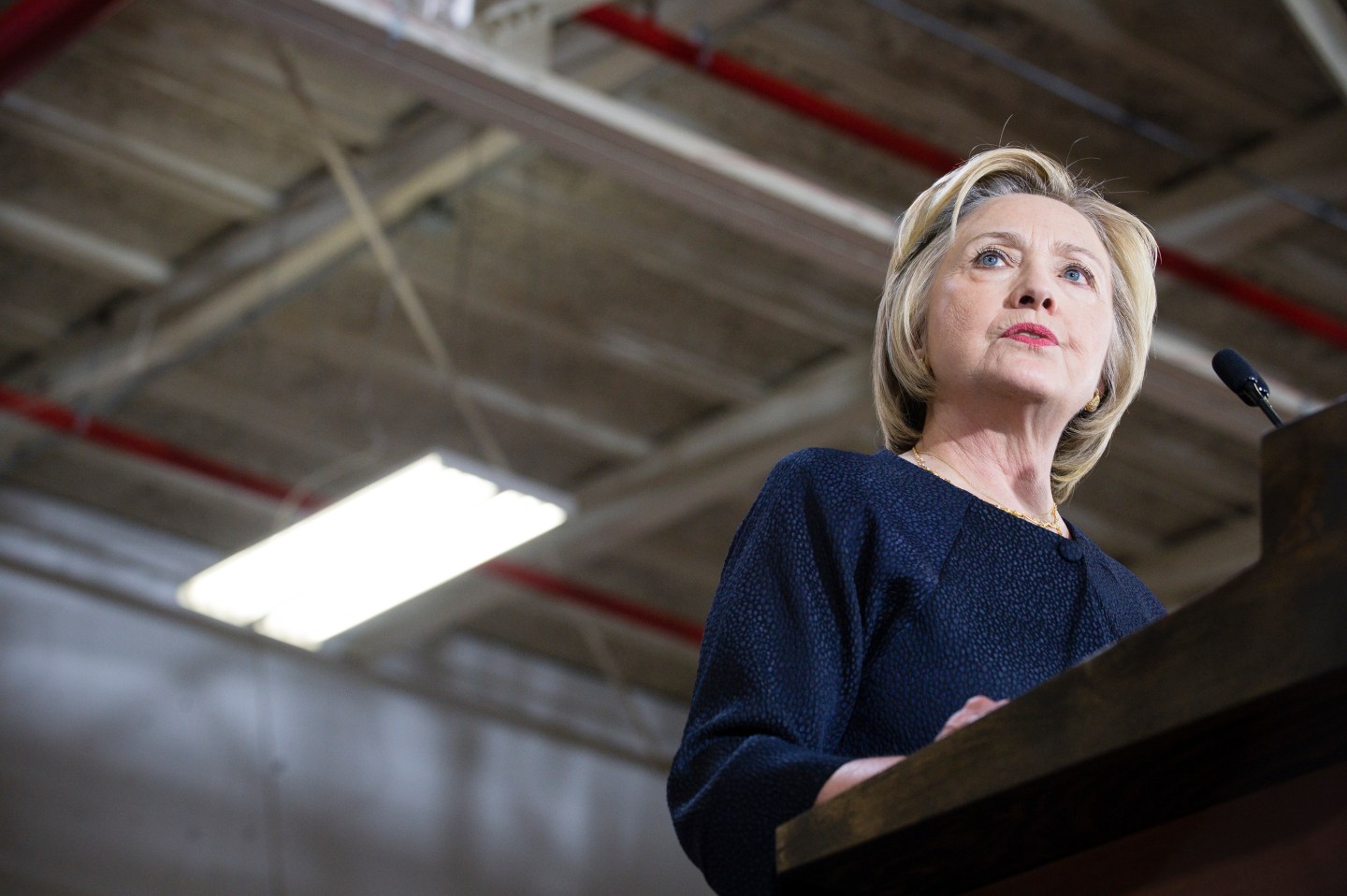 Hillary Clinton’s achievement of becoming the first woman to secure a major party’s presidential nomination is viewed by four in 10 voters as a “historic moment” for the country, according to a new national poll by Morning Consult.

The survey of 1,362 voters, conducted in the days after she claimed the requisite number of delegates, found the sentiment to be stronger among women than men. Only a third (33 percent) of men said Clinton’s achievement was historic, while 42 percent of women shared the view.

Groups such as EMILY’s List, which helps to elect Democratic women, have claimed her victory as a major moment in American history, pointing out that women did not even get the right to vote until 1920.

“This is a big deal. A stop-everything-you’re-doing-to-think-about-the-history-we-just-made big deal,” said Stephanie Schriock, the group’s president, in a post on Medium.

Among other things, only 22 percent of Americans said they viewed Clinton’s nomination a “step forward” for the country, while 18 percent said it left them angry and another 30 percent said it made them frustrated.

The results were nearly identical between men and women.

President Obama’s election as the first black president was perceived by more voters as historic than Clinton’s nomination as the first woman to be a major party’ nominee. While 43 percent of voters said it did not impact their pride, 35 percent said it made them more proud.

And while most American voters we polled may not ascribe great importance to Clinton’s achievement, her lead in the general-election race against Republican nominee Donald Trump is growing. Thirty-nine percent of voters said they back Clinton over Trump, who was the first choice for one-third of respondents. One in 10 voters opted for Libertarian nominee Gary Johnson.

The Morning Consult survey polled 1,362 voters from June 8-9 with a margin of error of plus or minus 3 percentage points. View the toplines here and here and the crosstabs here and here. In a head-to-head race without a third-party candidate, Clinton leads Trump 42 percent to 37 percent. A little more than one-fifth (21 percent) of voters remain undecided in that scenario.