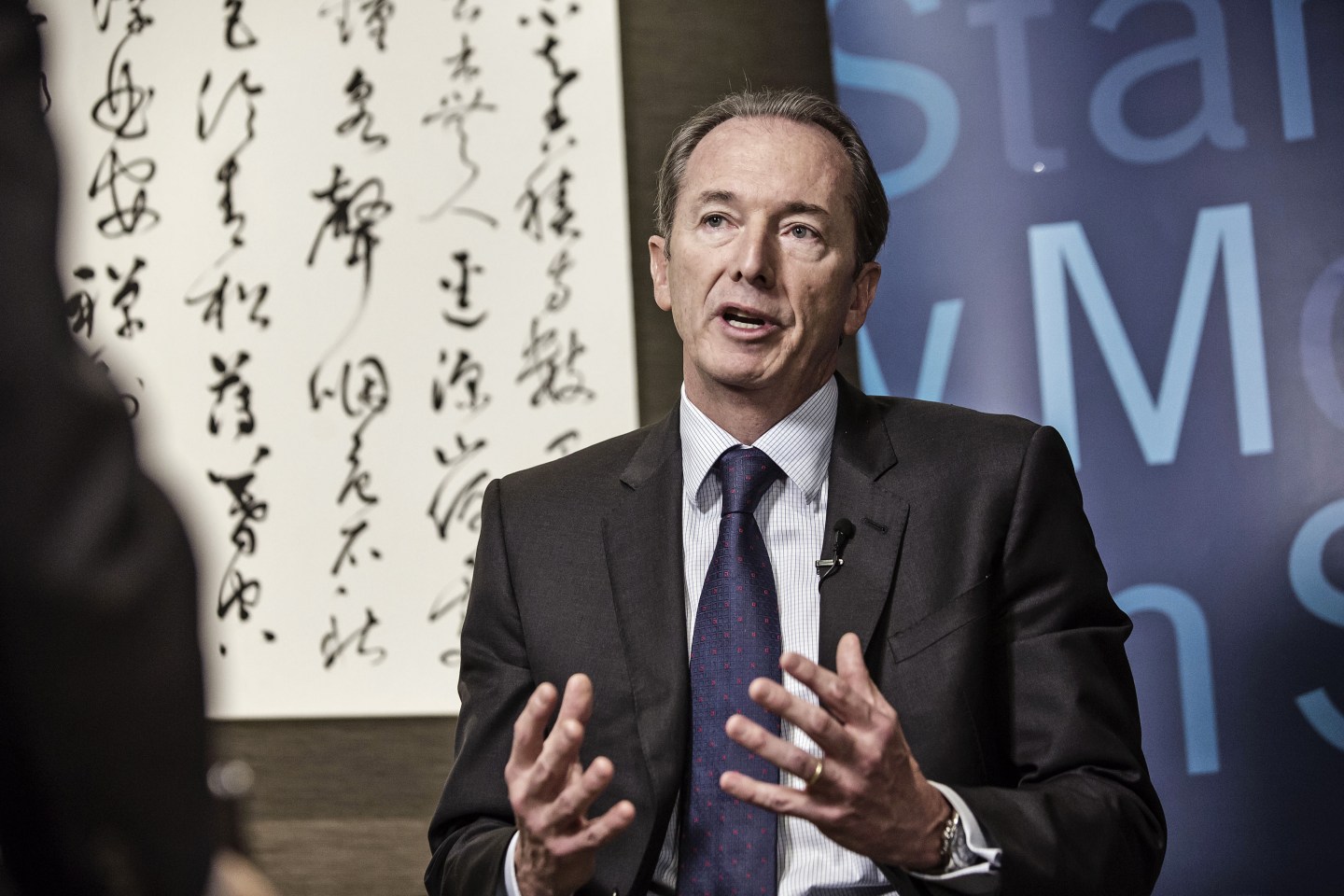 Individual stockholders and big companies see so many hazards ahead that they’re putting big investment decisions on hold. The result is a kind of motionless, becalmed market that has Wall Street stuck paddling in place.

That’s the overall message that Morgan Stanley (MS) CEO James Gorman delivered to money managers during a June 14 lunchtime address and Q&A at the firm’s annual financial services investment conference. Gorman discussed his plans for boosting the firm’s subpar return-on-equity by curbing compensation, generating modest revenue growth, and eventually returning far more capital to shareholders. But amid the details on stress tests and capital ratios, what emerged most vividly was his portrayal of a slack, lackluster environment for financial services.

Gorman noted that the “outlook in the January and the first half of February was awful,” prompting many to forecast a recession. From Gorman’s viewpoint, the market quickly advanced from perilous to mediocre, and has stayed there since. He stated that equity underwriting and M&A, strong franchises for Morgan Stanley, are extremely weak, presumably because companies lack the confidence to make big investments and acquisitions––though Morgan Stanley is lead advisor to Microsoft in its $26.2 billion purchase of Linkedin, an assignment that, Gorman says, shows that in tough times “to the stronger players go the spoils.” The Smith Barney brokerage arm, generating half of the firm’s revenues, is a consistent money-maker but at a subdued level of profits. “Client activity has been terrible this year,” lamented Gorman.

Why is are times so difficult? Gorman listed a number of risks that are raising fear for the future. High up on the list was Brexit. Gorman said that the rising possibility that Britain will leave the EU is weighing on underwriting, which though far better than at the start of the year, “doesn’t open up overnight.”

Gorman also said folks are also wondering, “Why the Fed didn’t raise rates?,” signaling a downshift in the central bank’s previous optimism about growth. On top of that Gorman said investors have one eye on China, to make sure there isn’t a “major issue” there.

Although he didn’t specify the biggest sources of concern, also on the list were a real estate crash, which as Wall Street well knows can wreak serious disaster, as well as the weak May jobs report.

Gorman noted that while there are always risks, the list is unusually long right now, and studded with unusually worrisome issues.

Still, Wall Street’s problems aren’t just a matter of abundant uncertainties arising all at once. The investment banks also face wrenching structural changes, none of which will make them more profitable. To his credit, Gorman is tackling one of the biggest: The decline in fixed income trading, which for decades was a huge moneymaker for Wall Street, though arguably more important for its archival Goldman Sachs Group (GS) than for Morgan Stanley. Last year, Gorman slashed his bond and commodities trading workforce by 25%. Gorman unveiled the amazing statistic that forced those big cutbacks: The “revenue pool” from fixed income and commodities divided among all the big trading houses, he said, has shrunk by half, from $120 billion to $60 billion.

When it comes to investing in Wall Street firms, shareholders should have another worry far from all those macro concerns. Can the banks that for years made lots of money in part because of a lock on such incredibly lucrative fields as bond trading and despite high administrative costs, including perhaps the most generous compensation in all of American business, really adjust their business models enough to be able reward shareholders in the new post-financial crisis environment?

Gorman is moving in the right direction by jettisoning what was once a catchphrase in Smith Barney ads, “mak(ing) money the old fashioned way.” Wall Street needs a new model. We’ll soon see if Gorman has found the right one.