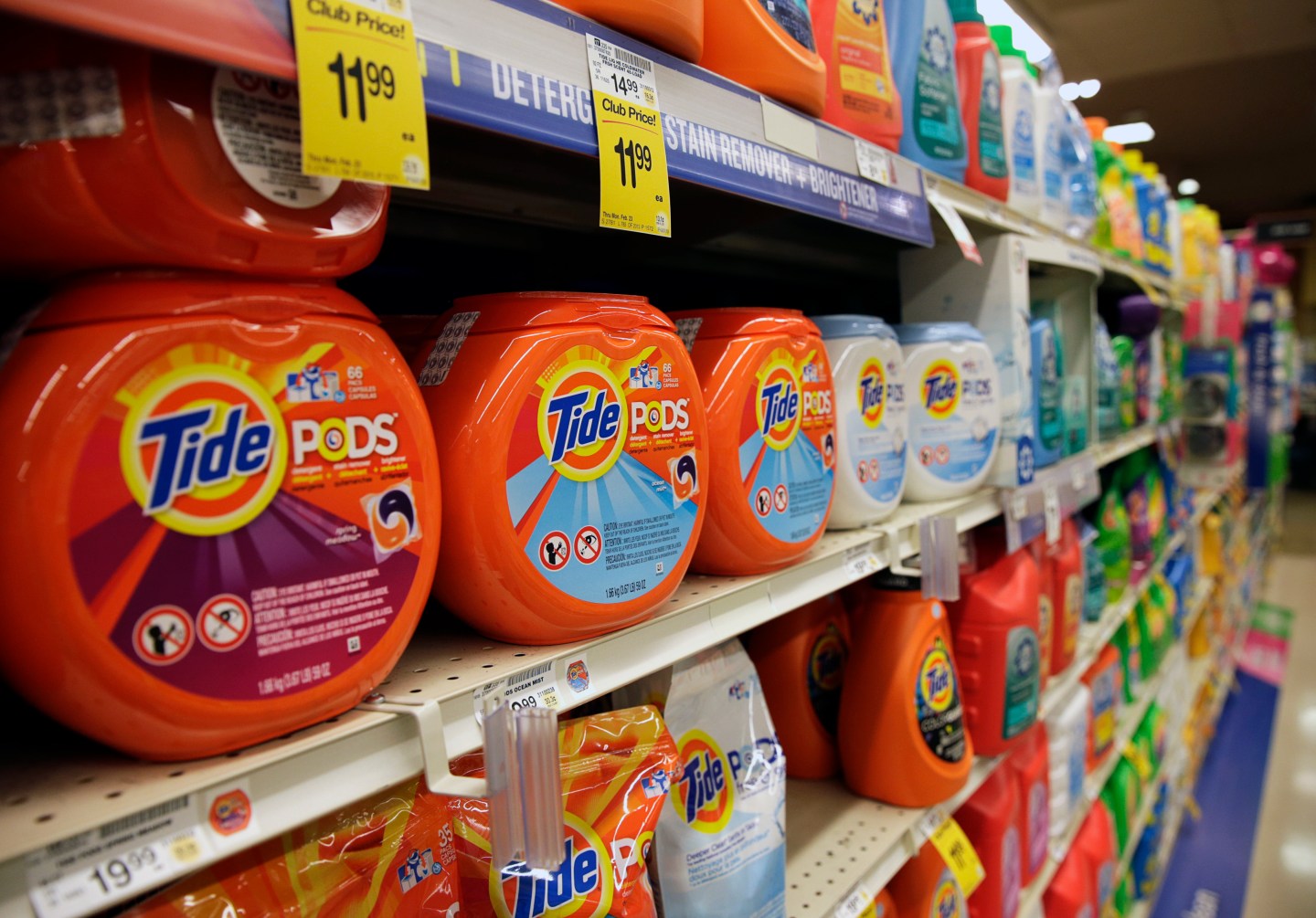 In this century—that’s 16 years for those of you who are counting—Procter & Gamble (PG) has created two brands whose sales have topped $1 billion per year. The first was Tide Pods, not exactly a new product but rather a new way of packaging and measuring laundry detergent, launched in 2010.

The second? Gillette Fusion, a five-blade razor with an additional blade on the back.

A third, Pampers Swaddlers, is on track to hit $1 billion in sales soon.

But P&G is a company with $78 billion in revenues, vaunted as the “king of brands,” and home to 21 billion-dollar brands. Huge hits are crucial to it. So while the track record seems pretty good in the abstract, it’s an unsatisfying tally for a company that had a reputation as a veritable innovation machine for much of the 1990s and before.

The company created the first floating soap (and the soap opera), the first fluoridated toothpaste, the Swiffer.

In the last several years, management turmoil and a search for scale led the company to emphasize brand extensions rather than true innovation. That resulted in a sluggish stock price, flat-to-down top-line growth, and a lot of malaise. (“We were doing a lot that wasn’t adding value for the consumer,” acknowledged P&G’s CTO in a recent examination by Fortune of the company’s many challenges entitled, “Can P&G Find its Aim Again?”

David Taylor, who became P&G’s CEO in November, says that help is on the way. R&D is being retooled to focus once again on breakthroughs and products that either expand an existing market or change it entirely. Most of the progress seems to have to do with odor control.

He lists new products such as Downy Unstopables [sic], a sort of bead that eliminates odors from the wash cycle; Febreze Car, a new take on the pine tree air freshener; Tide purclean, a bio-based “green” laundry detergent; and Always Discreet, aimed at the adult incontinence market (which is, unfortunately or fortunately depending on how you look at it, growing). Since their launches in 2015 and 2012 respectively, both Unstopables and Febreze Car have done some $300 million in revenues.

It is true that these products add something to the marketplace. But in terms of game-changing innovation, there’s a lot more work to do.