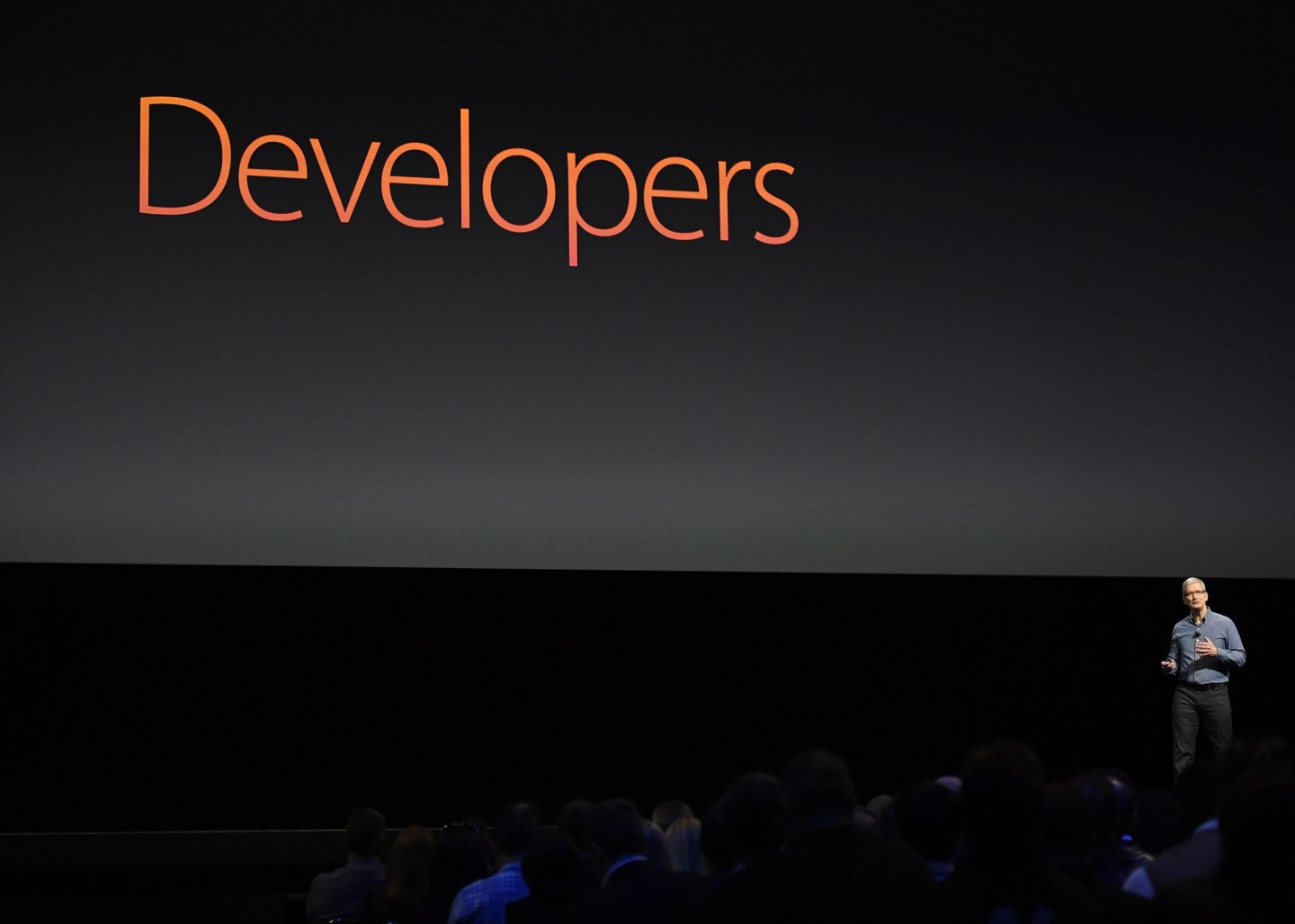 Most of Monday’s Apple Worldwide Developers Conference love fest was devoted to new features and functions for consumers, but there were a few bits of news for corporations as well.

Craig Federighi, Apple’s senior vice president of software development, noted progress in Apple’s (AAPL) partnership with networking giant Cisco that was announced in August and is intended to make iPhones and iPads easier for business customers to use.

His mention of Apple in the corporate world was brief, but Cisco (CSCO) posted a blog post that said updates to Apple iOS and Cisco’s software will make it faster and easier for iPhones and iPads to communicate via Cisco wireless networks. And, business critical apps” running on those devices will get “fast lane priority” on Cisco networks.

Those elite applications would probably include those developed by Apple with IBM (IBM) and other enterprise partners, but presumably not your Candy Crush games, so brace yourself.

Craig Federighi said the words "enterprise" and "Cisco." Do you think he died a little inside? #WWDC2016

Apple mobile devices running the new operating systemwill also tie into Cisco’s voice-over-Internet, or VoIP offerings as well as its Spark collaboration and chat product which users will also be able to operate via voice commands to digital assistant Siri.

Another perk—the addition of Siri voice search to the next macOS desktop (OS X brand is ending and the next release will be macOS Sierra) will also come in handy at the office.

All of the new Cisco-related features should be available in the fall when iOS 10 is to be broadly available. The new products will be sold by Cisco, Apple, and their respective partners.

Apple devices crashed the enterprise a decade ago against the wishes of IT departments and tech providers including IBM, Microsoft, and even Cisco which pitched its now-discontinued Cius tablet as an iPad for the office. But chief executives and other corporate heavyweights wanted to use their iPhones at work, a factor that spurred the bring-your-own-device (BYOD) revolution that has shaken up business.

For more about the Apple Worldwide Developers Conference watch:

IT departments had to comply with CEO demands, and the rest is history. Of course the net result of the BYOD rush is that the line between consumer and corporate features is narrowing, so whatever enhancements Apple makes to the Apple Watch, Apple TV, iPad will reverberate in boardroom as well as the living room.