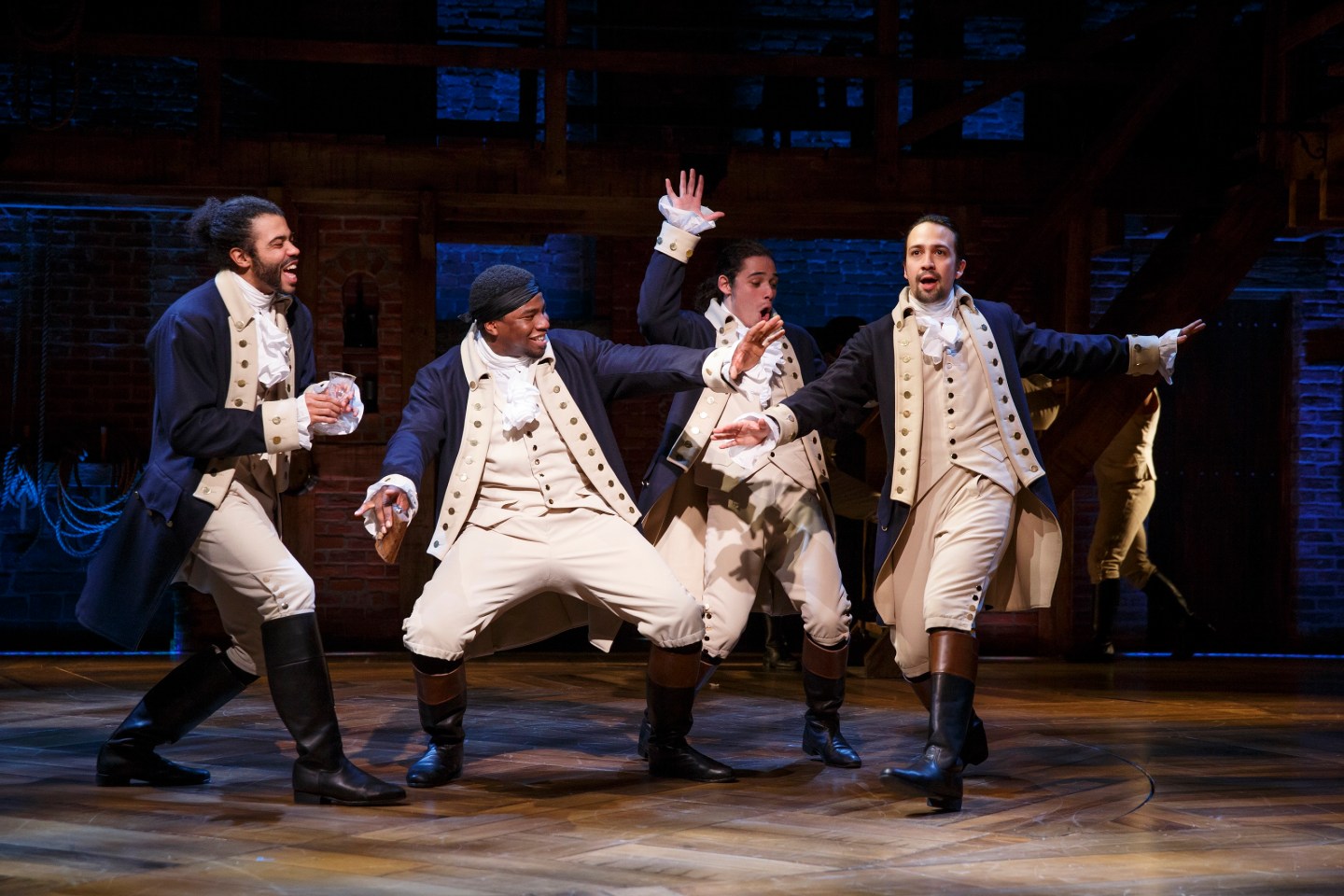 There’s success and then there’s Hamilton.

As if a stamp of approval from the president, a Pulitzer Prize, and many millions in ticket sales wasn’t enough, the show — a hip-hop Broadway musical that recounts America’s roots with a diverse cast — received a record 16 Tony Award nominations.

How did the show’s creator, composer and star Lin-Manuel Miranda manage to write such a fresh, intricate and relevant show? Ahead of Sunday’s Tony Awards ceremony, here are five notable takeaways from his creative process:

1. See a fresh perspective through. Just because something has been done before doesn’t mean it’s been done well. Hamilton isn’t the first show to combine hip-hop and musical theater — but previous attempts missed the mark. “There’s been lots of theater that uses hip-hop in it, but more often than not it’s used as a joke — isn’t it hilarious that these characters are rapping,” Manuel told The New York Times.

Despite this track record, Manuel wasn’t afraid to try the combination for himself. Instead of using hip-hop as a gimmick, he used the genre to shape the storytelling. “I treat it as a musical form, and a musical form that allows you to pack in a ton of lyric,” he said, a narrative density that has resonated with audiences.

2. Don’t be afraid to take your time. When Miranda started working on Hamilton, he was fresh on the heels of his successful Broadway debut In the Heights. Instead of trying to capitalize on the momentum by quickly finishing his next project, Miranda took six years to write Hamilton. He wanted the musical to be strong enough that it could stand on its own, regardless of the release date. It was a big topic, after all.

“I understand how ridiculous the elevator pitch for this show is,” he admitted to NPR. “It sounds improbable. And then once you start hearing about Hamilton’s life story, it sort of makes sense.”

3. Be open to unlikely sources of inspiration. Hamilton’s memorable opening piano riff, repeated throughout the show, is actually based on a door squeak.

“I wanted the sound of a door slamming as the downbeat, and in my computer music program I grabbed a sound file called ‘Door Wood Squeak.’ The sound of the wood squeak was so compelling I set it to notes,” Miranda writes in his behind-the-scenes book Hamilton: The Revolution.

And the titular line of the comical song “You’ll Be Back,” in which King George addresses the rebellious colonies, roots back to an offhand improvisation from House star Hugh Laurie (Miranda was guest-starring on an episode of the show at the time). After explaining the concept of the song to Laurie, Miranda writes that the actor “improv’d at me,” wagging his finger and saying “Awwww, you’ll be back.”

From that unexpected moment, a great comic song was born.

4. Stay true to who you serve. Even the most educated, well-intentioned naysayers don’t always know best. Before Hamilton moved from off-Broadway to Broadway, Miranda appeased critics by saying he’d shorten the nearly three-hour runtime. Ultimately, however, he decided against it — off-Broadway audiences didn’t seem to mind the length. “The outside world input is great and fine, and if it sticks in your stomach and you can’t stop thinking about it, maybe there’s something to it,” he told American Theatre.

5. Believe in yourself. Miranda didn’t initially seek to disrupt the entertainment landscape with a politically relevant, hip-hop musical that casts diverse actors to play America’s founding fathers. Instead, he set out to share a story he felt had been largely untold.

You don’t need to think about the entire journey at the beginning — instead, concentrate on taking that first step. “I know how it looks. But just start,” he tweeted with a photo of his son looking up at an intimidating wooden structure. “Nothing is insurmountable.”