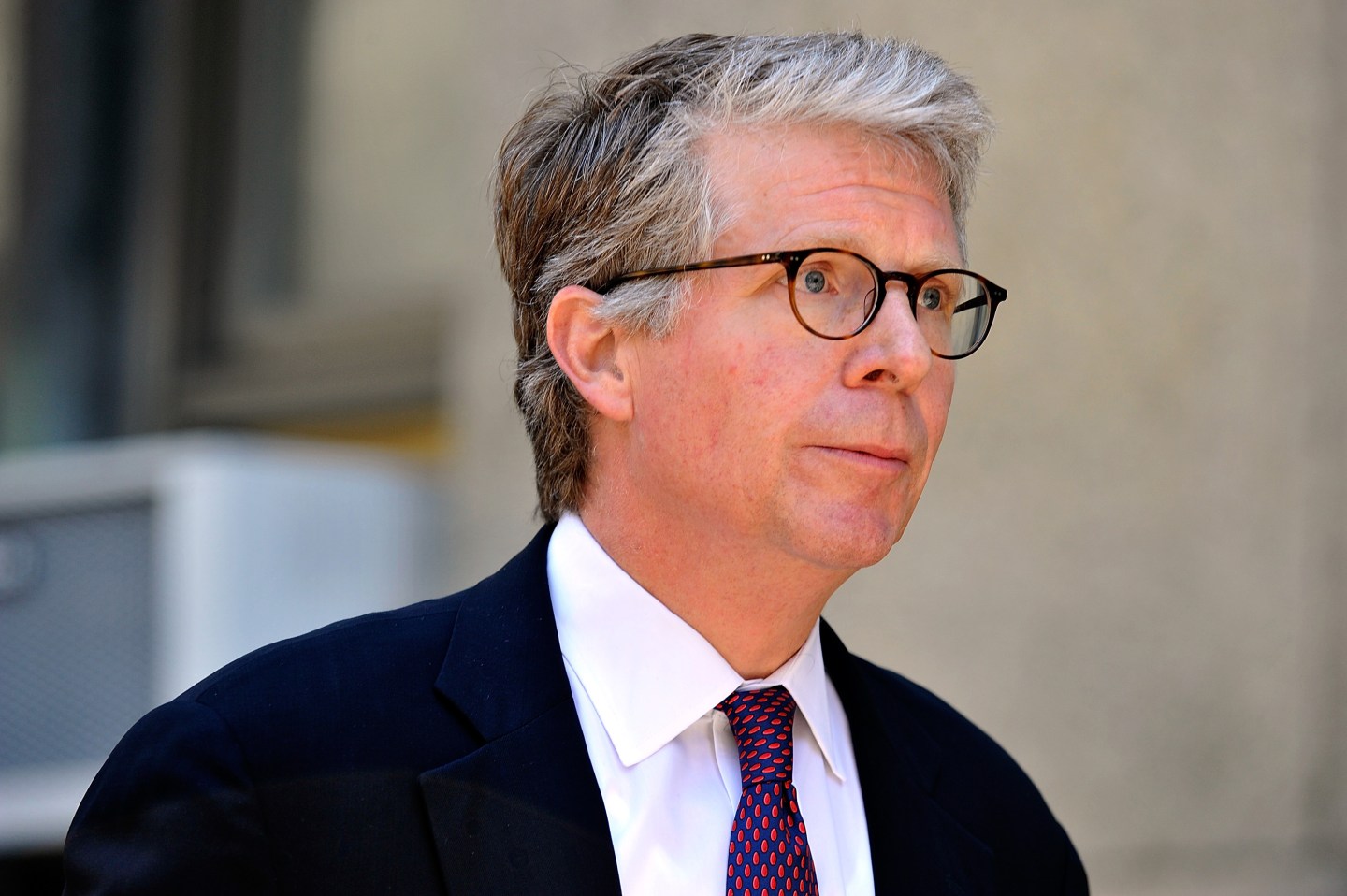 Manhattan District Attorney Cy Vance speaks outside New York Supreme Court to a press conference after former International Monetary Fund leader Dominique Strauss-Kahn was released on his own recognizance during a hearing on July 1, 2011. The Manhattan district attorney's office agreed to release Strauss-Kahn without bail after the credibility of the alleged sexual assault victim had come into question. Strauss-Kahn was arrested on May 14 on sexual assault charges stemming from an incident in a New York hotel. (Photo by Joe Corrigan/WireImage)
Joe Corrigan WireImage

A top law enforcement official called out Apple and Google on Thursday, saying over a thousand criminal cases are stalled across the country as a result of the tech giants’ decision to outfit their phones with encryption.

Speaking at a Bloomberg legal summit, Manhattan District Attorney Cy Vance complained the companies have chosen to “engineer themselves out of criminal investigations,” and allowed cyber-criminals to operate with impunity. He said the problem is becoming acute in America’s largest city.

“In my office alone, we now have 270 lawfully-seized iPhones running iOS 8 or 9 that are completely inaccessible,” he said, according to a copy of his remarks. “These devices represent hundreds of real crimes… that cannot be fully investigated, including cases of homicide, child sex abuse, human trafficking, assault, robbery, and yes—cybercrime and identity theft.”

He urged Congress to take action to force Google (GOOG) and Apple (AAPL) to make their devices accessible to law enforcement agencies with a warrant, arguing that other industries—including the banking and telecom sectors—have long recognized the need to work with law enforcement. Vance also claimed the companies have failed to offer evidence “backed up by data not rhetoric” as to why providing access to the devices will weaken security.

The remarks may provide new ammunition in an ongoing stand-off between the Silicon Valley giants and law enforcement over encryption practices that make it hard or impossible for law enforcement to access the phones of criminal suspects.

The stand-off looked set for a resolution earlier this year when the Justice Department went to court over Apple’s refusal to write software that would have allowed the FBI to inspect an iPhone belonging to the terrorist who committed the San Bernardino massacre. On the eve of the trial, however, the case was called off, after the FBI admitted it had found another way to crack the phone.

But that case did little to resolve the larger encryption fight, since the San Bernardino iPhone used an earlier version of Apple’s iOS operating system, not the iOS versions 8 or 9 that Vance describes as “completely inaccessible.”

For now, the stalemate is likely to continue unless the government brings a renewed court challenge, or if Congress decides to write a law obliging the companies to make the devices accessible. Action by Congress, however, is unlikely prior to this year’s Presidential election.

This is not the first time Vance has complained about encryption obstructing his investigations. In February, he told a news conference his couldn’t access 175 phones subject to investigation. The number has grown since then.

How Apple’s Vicious Guard Dog Keeps the FBI at Bay

Vance also used the occasion to tout a new partnership between New York and London, which will see law enforcement in both cities share intelligence and personnel as part of an effort to reduce transnational cyber-crime.