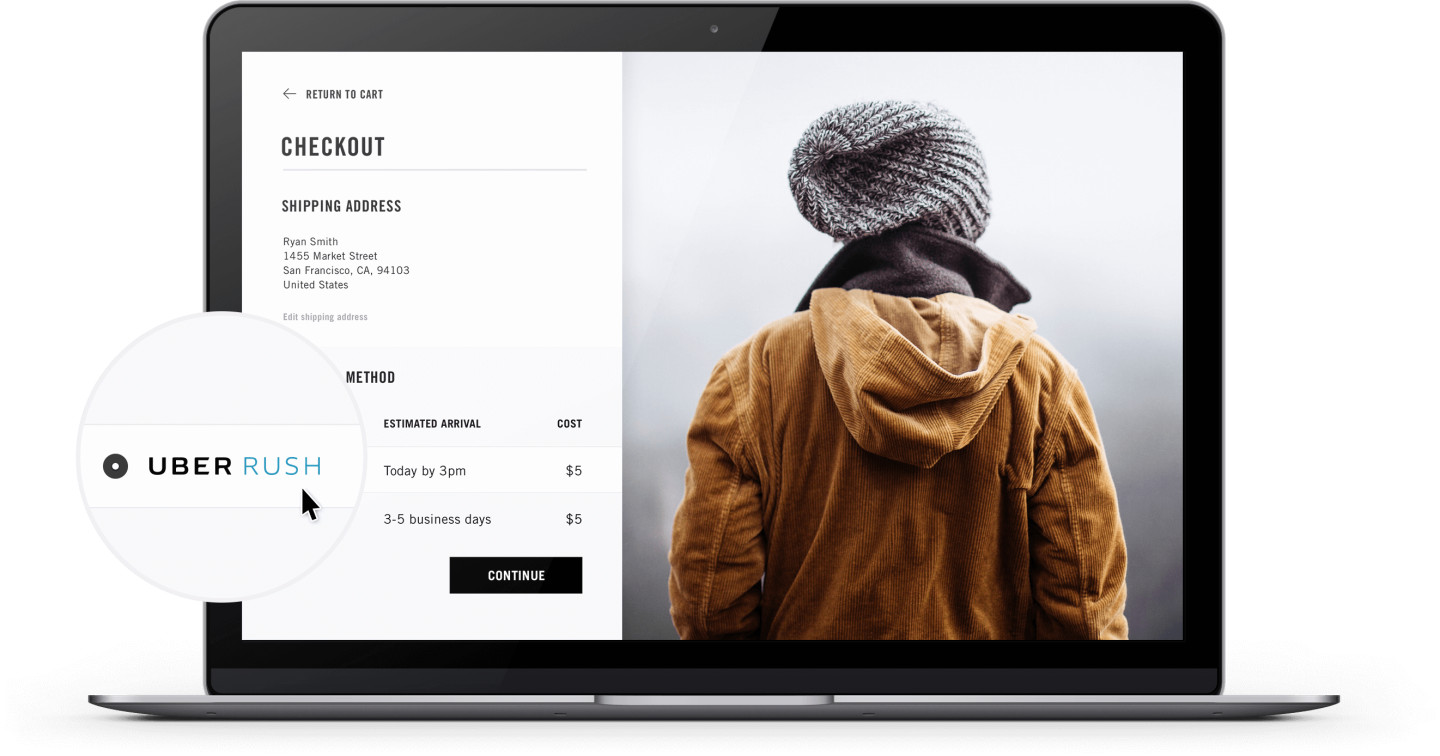 Uber is the poster child for the “on-demand economy” that arose a few years ago, but it also wants to give birth to a new generation of these so-called startups—and power them.

Or at least, that was the impression the company gave earlier this week when three of its employees presented a new software tool to a group of journalists. The tool in question, an application program interface (API) for its UberRush service for delivering anything from pizzas to sneakers, is now publicly available to outside developers.

In turn, this means that any business could in theory enlist Uber’s drivers as its delivery fleet with just a push of a few buttons. All they have to do is plug the UberRush tool into their website, apps, and whatever internal dashboard they have, customize the service, and voila.

“It’s ‘Uber for X,’ powered by Uber,” Chris Saad, Uber’s head of platform, joked during his team’s presentation in a reference to the proliferation of startups that compare themselves to Uber’s on-demand service. Investors’ appetite for them, however, seems to be waning, as Fortune has pointed out multiple times lately.

The tool has been used by select small businesses since October, when Uber partnered with e-commerce software providers like Shopify and Bigcommerce to let some of their small business customers use UberRush. It also let small businesses apply to use the service via a separate website for managing deliveries. Since then, the company has expanded to working with a handful of what it calls “enterprise” customers—large retailers like Nordstrom and Walmart (currently only a small pilot program).

UberRush is currently available in San Francisco, Chicago, and New York, though the company plans to expand to additional cities in the near future. Merchants are charged per delivery.

In preparation for prime time, Uber has been testing its API with a few businesses, including Pythagoras Pizza, an artisanal pizza company in San Francisco. With UberRush, the hip pizza joint has been able to expand its delivery zone beyond the two San Francisco neighborhoods it could manage on its own, according to Uber. And because it doesn’t have a physical store for customers and only delivers its food, Uber touts it as an on-demand pizza startup that’s possible thanks to its delivery service. (Of course, a pizza company, by nature, is meant to deliver its pizzas on demand, so nothing earth-shattering here.)

UberRush’s couriers use both bikes and cars to make their deliveries. In San Francisco, they’re currently using a mix, in Chicago they use primarily cars, and in New York City, they’re mostly on bikes, the company says. Some of its delivery drivers are also Uber drivers who have signed up to do deliveries too, while some are exclusively UberRush couriers. All drivers undergo a bit of additional training to make sure they know how to handle deliveries.

“We want to make sure we have a service that businesses can trust,” UberRush product manager Calvin Lee said about the company’s efforts to recruit enough couriers for its service, though the company declined to share more details about its recruitment practices.

Uber’s delivery service pits it squarely against competitors like Postmates and Deliv, in an era where consumers increasingly expect immediate or same-day delivery.

“There are some very, very big companies who are setting this expectations in the marketplace,” said Saad, in an obvious nod to Amazon, whose two-day delivery for its Prime customers and same-day delivery for some item categories have made it a formidable competitor against even brick-and-mortar stores.

Of course, it hasn’t been entirely smooth sailing for Uber’s delivery service. A year ago, Apple reportedly passed up on Uber’s bid to handle deliveries for its stores, instead choosing rival Postmates. Uber is also continuing to compete for contracts with major companies. Walmart, for example, is gearing up for delivery test programs not only with Uber, but also ride-hailing rival Lyft, and delivery service Deliv.

The larger picture here for Uber is of course business growth. The more need it can create for its couriers, the more additional business it can continue to generate.

Saad’s team, which develops and maintains all of Uber’s APIs—it has separate ones for its passenger ride service—is also how the company plans to infiltrate any corners where its own app can’t. By inviting outside developers to use its services as part of their apps and businesses, Uber can nab ever-growing streams of customers. And in Asia, for example, where Uber is far from a market leader at the moment, going through the backdoor (locally developed apps) certainly can’t hurt the company’s ambitions.