Things Are Finally Getting Real for On-Demand Startups 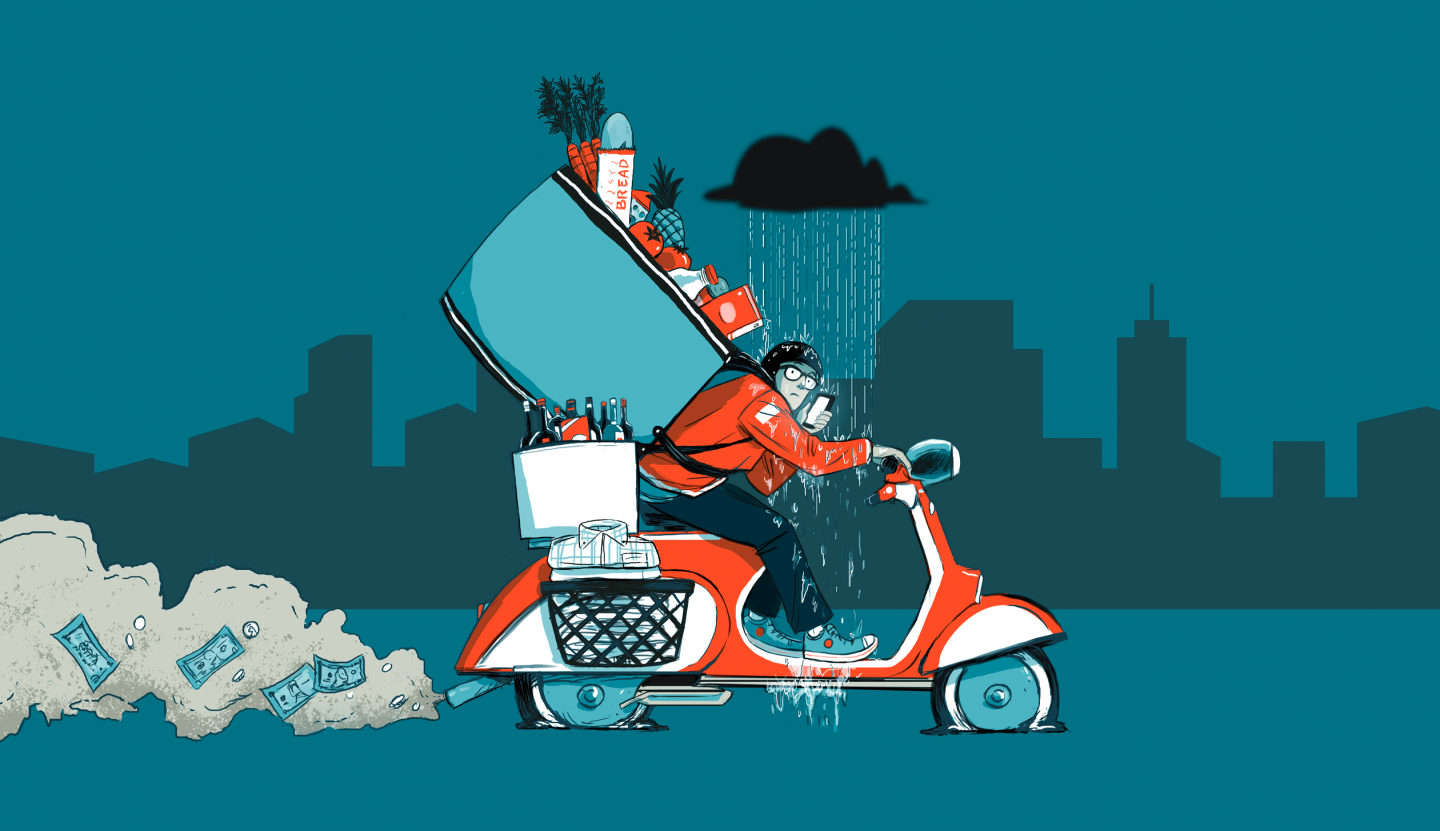 💥 A Boom with a View💥 is a column about startups and the technology industry, written by Erin Griffith. Find them all here: fortune.com/boom.

The on-demand economy is here, friends, and if you aren’t using an Uber-like app for all your grocery, housecleaning, parking, lawn mowing, and personal butler needs, you are missing out. And even if you’re not, have you considered the Uber for massages? How about haircuts? Or perhaps flowers, restaurant reservations, laundry, booze, marijuana, dog walking, cat sitting, or pizza? What about HourlyNerd, the Uber for on-demand business consultants?

Today’s startups for on-demand services have stretched a good idea to its utter limits. Amid the scramble to re-create the success of the original “Uber for X” company—Uber—venture investors poured $17.8 billion into the category last year, according to CB Insights.

The wave of on-demand startups has drawn obvious comparisons to Kozmo.com and Webvan, two notorious “dot-bombs” of the 2000 tech bubble. But on-demand acolytes argue that this time it’s different. There weren’t enough people using the Internet in the Kozmo.com days, they say, and the country’s delivery networks weren’t built out. Sixteen years later we have mobile phones, big data, and an army of willing “gig economy” workers. (There is even a tier of startups building software to help “Uber for X” companies manage said armies of workers.)

And sure, today’s on-demand startups are more efficient, more technologically advanced, and more realistic than Kozmo.com was. But the dot-bombs taught us one lesson that still applies today: Moving stuff from point A to point B is expensive and complicated, and no amount of Internet magic can change that. Delivering goods and services is, at its core, a low-margin logistics business.

With investors entering 2016 with more caution (and emphasis on profits), cracks are beginning to show in once-promising companies. DoorDash and Postmates, two well-funded delivery startups, are struggling to retain their workers, according to a New York Times report. Instacart (No. 61, The Unicorn List), the grocery-delivery business carrying a $2 billion valuation, in December upped prices by 50% and laid off 12 recruiters. Homejoy, a housecleaning service with $64 million in funding, abruptly shut down last summer. In the fourth quarter of last year, the number of venture capital investments in on-demand startups plunged to just 34, almost half that of the prior quarter and its lowest level in two years.

Even engineers, the mother’s milk of Silicon Valley, have begun to ask potential employers wonky financial questions like “Do you have negative gross margins?” before they take a job. In other words: Do you lose money on each transaction? Are you handing out dollars for 85¢? Are you Wile E. Coyote, moments before hurtling off a cliff?

No one really wants more dot-bombs. So a lesson to those who relish on-demand luxuries: It’s cool to summon a midnight manicure with a tap of your smartphone. Just don’t expect it to cost any less than it used to.

A version of this article appears in the March 15, 2016 issue of Fortune with the headline “Profits on Order.”