Why J.M. Smucker’s Shares Are Up Today 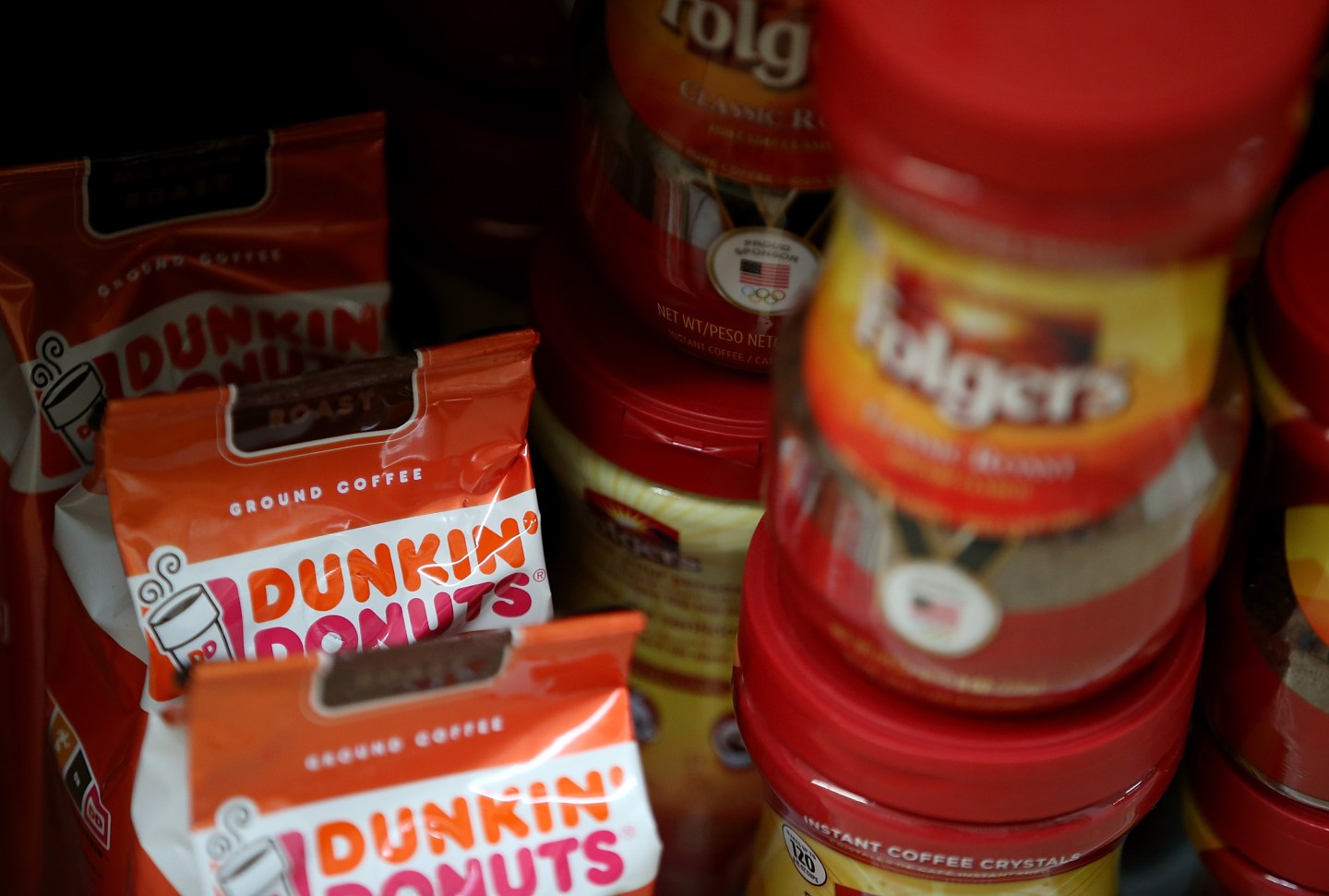 SAN RAFAEL, CA - JUNE 05: Packages Dunkin' Donuts and Folgers coffee are displayed on a shelf at a grocery store on June 5, 2014 in San Rafael, California. Ohio-based J.M.Smucker announced that the increase in coffee bean prices due to severe drought in Brazil is prompting them to raise the price of Folgers and Dunkin' Donuts coffee by 9 percent. J.M. Smucker's fourth quarter earnings slipped 9 percent with profits of $118.5 million, or $1.16 a share, compared to$130.3 million, or $1.22 a share, one year ago. (Photo by Justin Sullivan/Getty Images)
Photo by Justin Sullivan—Getty Images

Shares of Smucker, which also makes Jif peanut butter, rose about 7 percent to $143 in trading on Thursday.

The biggest U.S. coffee roaster said last month that it would cut prices for its packaged coffee by 6 percent.

Excluding a deferred tax benefit, Smucker earned $1.44 per share, beating the average analyst estimate of $1.20, according to Thomson Reuters I/B/E/S.