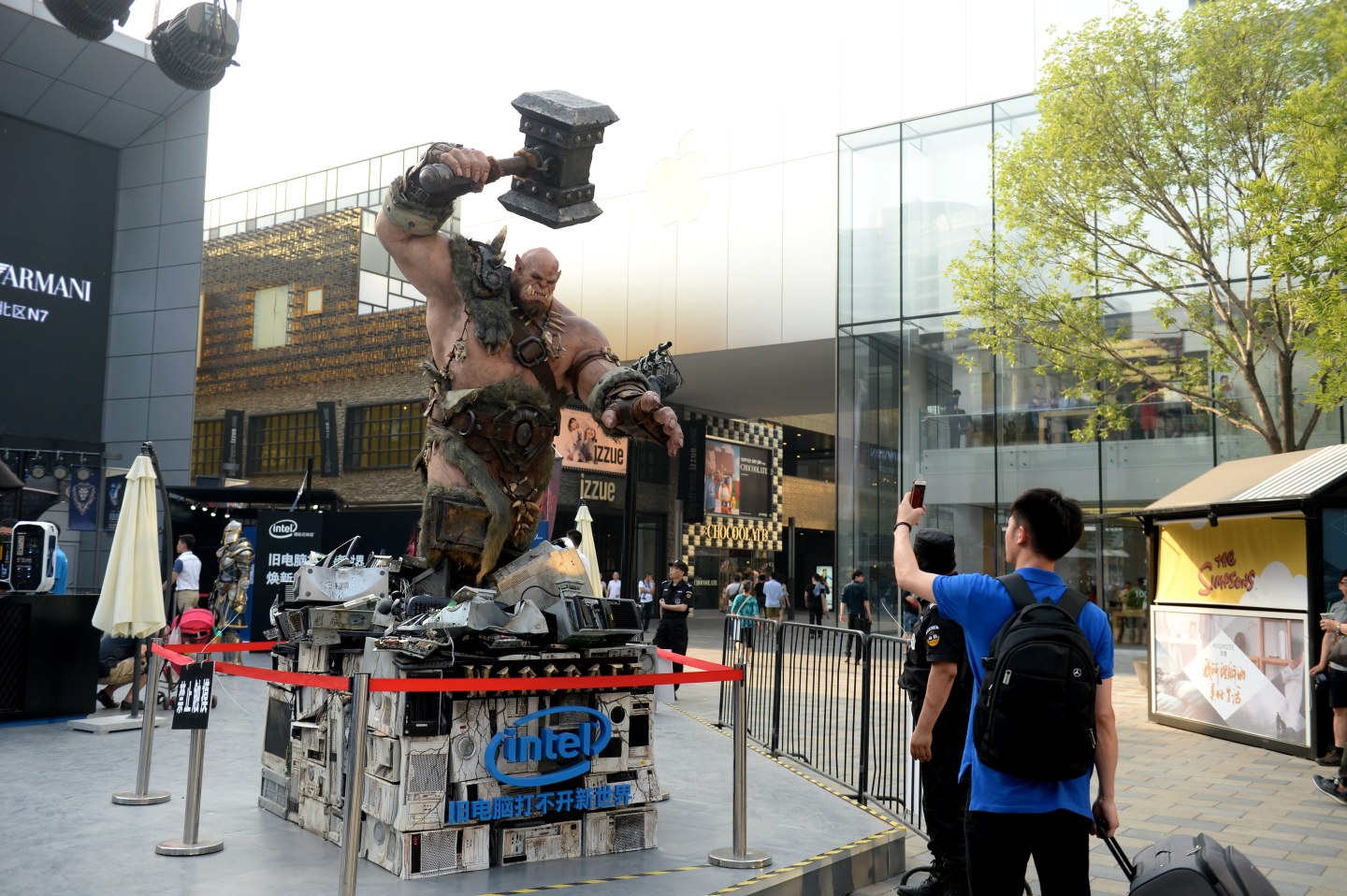 A big-budget film arriving in U.S. theaters this weekend has been absolutely savaged by movie critics but still has a ray of hope after setting box-office records overseas in one of the world’s biggest movie markets.

The reviews have been scathing for Warcraft, the video-game adaptation from Legendary Entertainment and Universal Pictures that cost a reported $160 million to make. But, Warcraft has already managed to pull in more than $120 million internationally, according to Box Office Mojo, even amid incredibly low expectations for the movie’s domestic release on Friday.

Warcraft made a respectable $75 million in its first few weeks of a limited international release before opening in China on Wednesday (with midnight screenings starting Tuesday night) to record-setting box-office sales in the country that is expected to surpass the U.S. as the world’s largest movie market sometime next year. The movie surged to a $46 million Chinese opening on Wednesday, setting a first-day box office record for a non-weekend release in the country while also breaking a record set last year by Furious 7 for its opening day sales in IMAX theaters, with $5.3 million, Deadline reports.

Those blockbuster numbers come despite the fact that critics have lambasted the movie, with various reviews describing it as anywhere from “rather tacky” to “unwatchable”, to the tune of just a 23% rating from critics on Rotten Tomatoes.

Variety notes that Warcraft‘s stellar start in China could pave the way for the movie to make as much as $150 million in that country, where the game the movie is based on—Blizzard Entertainment’s World of Warcraft—is especially popular, boasting a large chunk of the game’s millions of fans. That would be a huge boost to the studios behind Warcraft, which many of those same analysts are predicting will only make around $25 million in the U.S. this weekend.

Comcast’s (CMCSA) Universal is distributing Warcraft in most countries, but Legendary Entertainment is partnering with a group of Chinese distributors in that country. Earlier this year, Legendary was sold for $3.5 billion to China’s Dalian Wanda, which is expanding its presence in the global movie market and is also the world’s largest cinema chain operator.

Warcraft opens across North America this weekend, facing off against The Conjuring 2 and Now You See Me 2 to lead a crowded slate of new releases that will also compete against high-profile holders such as X-Men: Apocalypse and Teenage Mutant Ninja Turtles: Out of the Shadows.