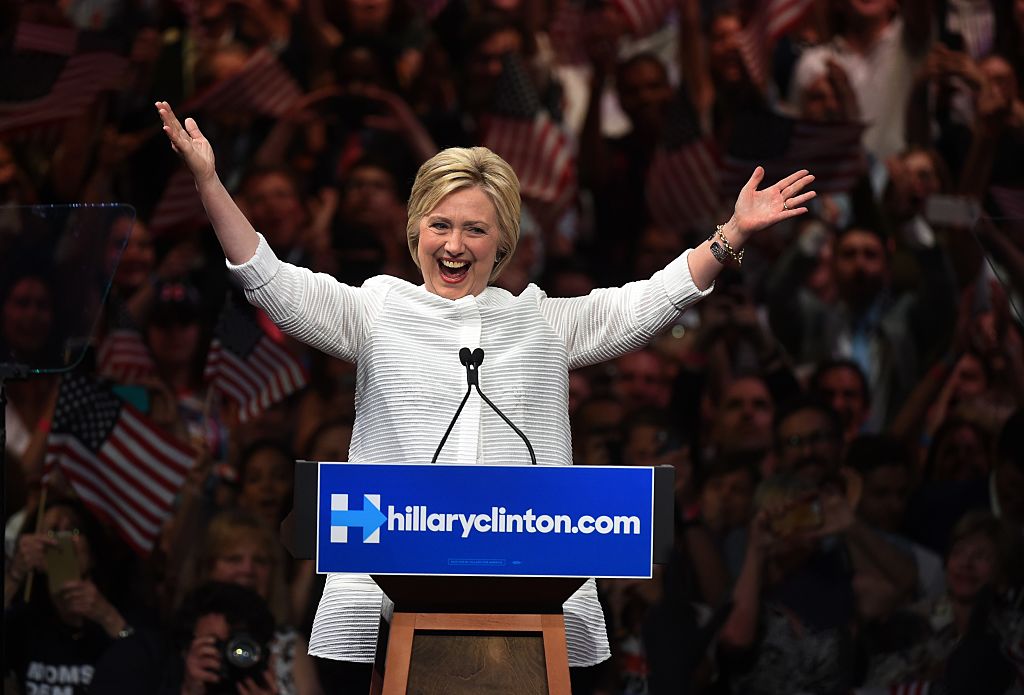 Hillary Clinton is looking for a few good Republicans.

The presumptive Democratic nominee’s campaign is assembling a formal effort to recruit and feature prominent Republican endorsers, Fortune has learned.

The operation, tentatively called “Together for America,” will roll out as soon as this month, as Clinton looks to press the case that presumptive GOP nominee Donald Trump is too unsteady even for some senior members of his own party.

It’s unclear who on the right, if anybody, is ready to sign up. But the campaign’s timing is propitious: Trump’s attacks on the Mexican heritage of the federal judge overseeing fraud suits against Trump University have set off a fresh round of denunciations from leading Republicans.

South Carolina Sen. Lindsey Graham, who unsuccessfully challenged Trump in the primary, this week said the candidate’s comments about Judge Gonzalo Curiel should prompt those who have endorsed him to reconsider. “If anybody was looking for an off-ramp, this is probably it,” Graham told the New York Times. “There’ll come a time when the love of country will trump hatred of Hillary.”

But rejecting Trump is one thing; declaring allegiance to Clinton, for decades a lightning rod for conservative antipathy, is another. Illinois Sen. Mark Kirk, for example, facing a tough reelection fight in a blue state, on Tuesday announced he won’t vote for Trump in November — and is vowing instead to write in former CIA Director David Petraeus.

Clinton operatives understand the sensitivity. To launch their hunt for Republicans, they’re looking for two or three GOPers to clear a path by announcing their support for the Democrat in an op-ed or a Sunday show appearance, according to a source familiar with the effort. Others less willing to speak out could then quietly add their names to a roster of Republicans on a “Together for America” page on Clinton’s campaign site.

The campaign has already launched a new website aimed at Republican voters themselves. The portal, republicansagainsttrump.org, was registered late last month and launched June 2, according to a Politico report. Clinton’s organization is now buying ads to promote it.

The cross-party recruitment drive comes as Clinton wraps up an unexpectedly grueling primary battle against Vermont Sen. Bernie Sanders that saw her veer left on a number of domestic policy issues. The Clinton campaign nevertheless sees an opportunity to bring Republicans aboard, in part by emphasizing the former Secretary of State’s experience in international affairs. Clinton last week delivered what was billed as a foreign policy address in which she lashed out at Trump, declaring him unfit for the presidency. In it, she also articulated a muscular vision for the U.S. presence in the world. The campaign is now sending copies of the speech to former four-star generals and other prominent national security types, including those who self-identify as Republicans, with the aim of gathering endorsements.

Clinton has an arguably more pressing task in unifying her own party. With her decisive Tuesday wins in California, New Jersey, and New Mexico, Clinton clinched the Democratic nomination. But Sanders hasn’t conceded yet, much less thrown his backing behind her, and Clinton needs his supporters to shore up her position against Trump.

Still, in her victory speech on Tuesday night at a rally in Brooklyn, Clinton signaled she is ready to shift her focus to her general election opponent and will be actively courting disaffected Republicans as she does so. “This election is not, however, about the same old fights between Democrats and Republicans. This election is different,” she said. “And if you agree – whether you’re a Democrat, Republican, or independent – I hope you’ll join us.”

The Clinton campaign had not responded to a request for comment at press time.