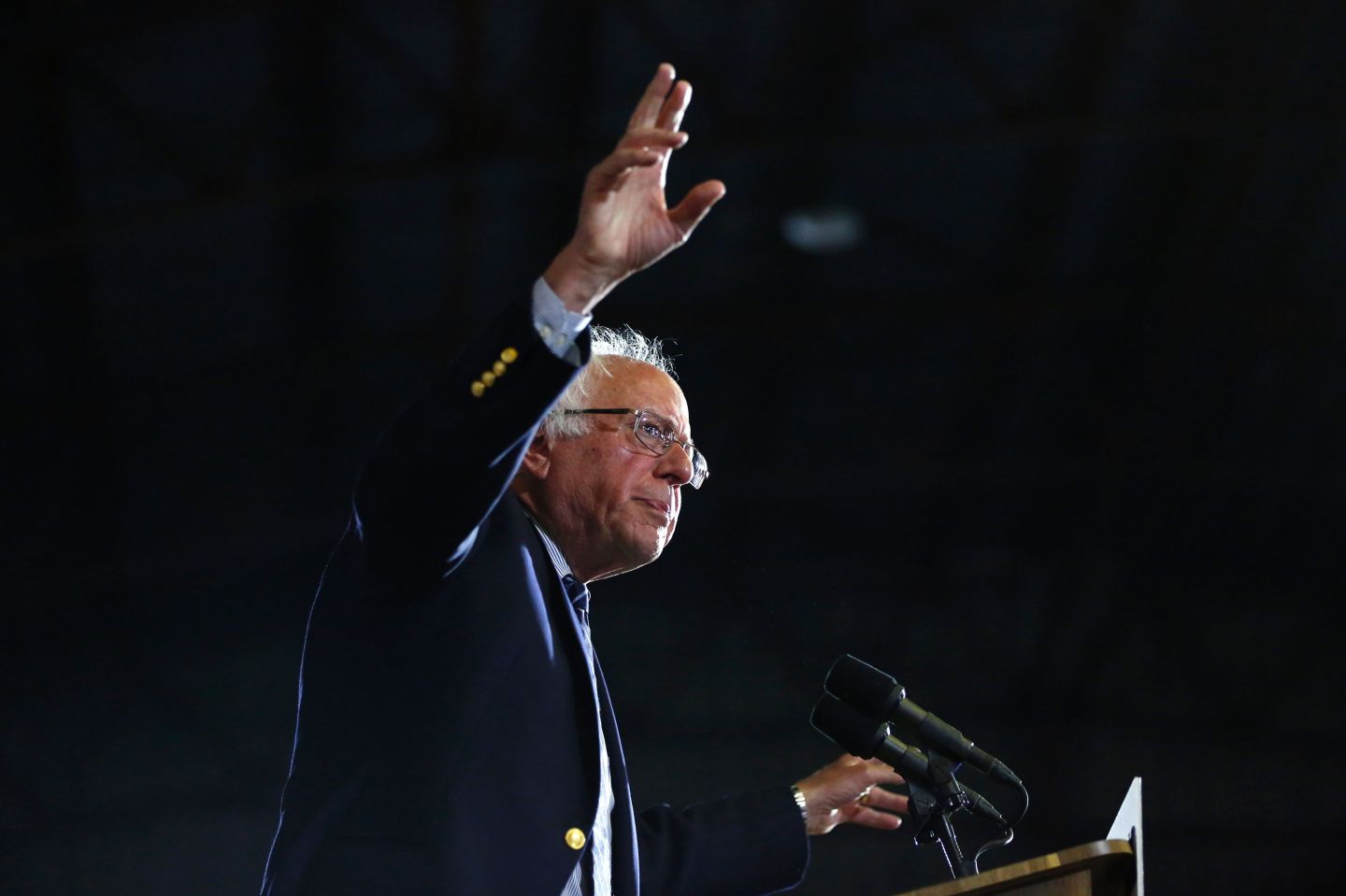 Vermont Senator Bernie Sanders is reportedly planning to lay off half of his campaign staff after rival Hillary Clinton took yet another major step toward securing their party’s presidential nomination.

Clinton took to a stage in Brooklyn on Tuesday night to claim victory in the Democratic primary after winning important primary contests in multiple states to extend her delegate lead over Sanders and effectively clinch the party’s nomination. And, while Sanders has yet to concede the race and still plans to keep fighting in next week’s final primary in the District of Columbia, the New York Times reported Tuesday night that the Vermont Senator will lay off “at least half of his campaign staff” on Wednesday.

Citing anonymous sources close to Sanders’ campaign, the Times reported that the layoffs are likely to focus on advance staff members who work on logistics related to the campaign as well as staffers who work on the ground in each primary location to drum up support for the candidate. While some staffers will take on different jobs in Sanders’ U.S. Senate office, others will be terminated.

Fortune reached out to the Sanders campaign for comment and will update this article with any response.

On Tuesday, former Secretary of State Clinton won primaries in New Jersey and New Mexico, while The Associated Press also reported on Wednesday morning that she beat Sanders in California, where more Democratic delegates were up for grabs than in any other state. Clinton also won the primary in South Dakota, while Sanders edged her out in Montana and North Dakota.

The AP had reported on Monday night that Clinton had reached the number of delegates needed to clinch the Democratic nomination before Tuesday’s primary contests even got underway. Sanders’ supporters, meanwhile, questioned the AP’s labeling of Clinton as the party’s presumptive nominee based on a poll of superdelegates, while arguing that the media’s early anointment might have hurt voter turnout for Sanders in California. Sanders had hoped to defeat Clinton in the delegate-heavy California primary in order to strengthen his case with the party establishment before the Democratic National Convention in Philadelphia next month.

Meanwhile, Donald Trump, the presumptive GOP nominee, attempted to court potentially disaffected Sanders supporters in his own speech on Tuesday night while stepping up his attacks on Clinton as the candidates switch their focus to the general election in November.