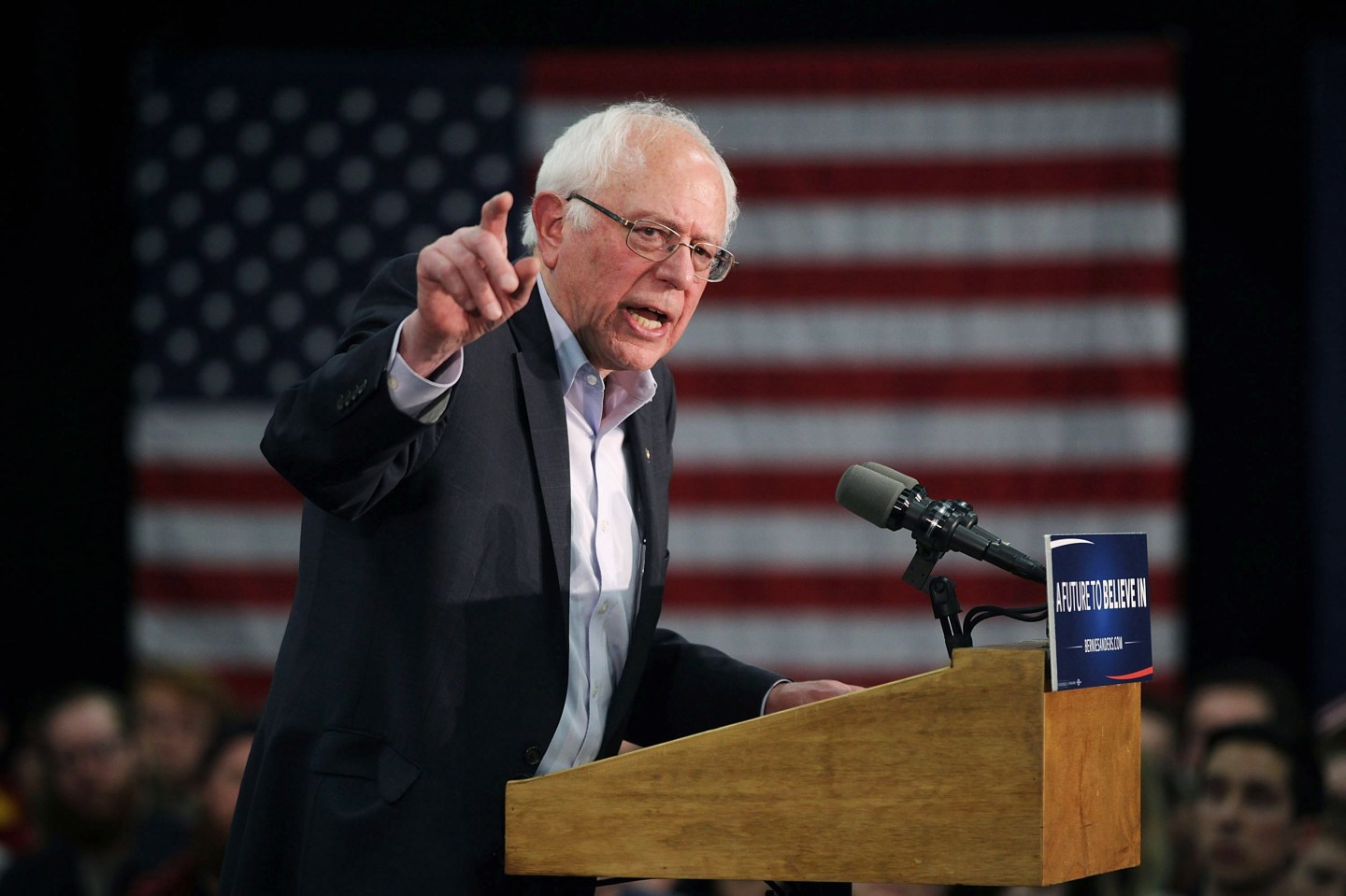 After more than a year of speeches, debates, primaries, and caucuses, the Democratic nomination process came to an end on Tuesday night. Despite the best efforts of Bernie Sanders and his legions of supporters—and despite the fact that Sanders has yet to officially concede the race—Hillary Clinton is going to be the party’s nominee to take on Donald Trump in November.

Sanders has vowed to keep the fight going. His speech on Tuesday night still sounded like a candidate who was running for president.

“It has been one of the most moving moments of my life to be out throughout this state in beautiful evenings and seeing thousands and thousands of people coming out. People who are prepared to stand up and fight for real change in this country,” Sanders said.

The delegate and electoral math is not on his side, however. Clinton has the votes, and she’ll be nominated in July at the Democratic National Convention.

But Sanders’ loss isn’t like other primary campaign failures. It will not be so quickly relegated to the footnotes of history.

Sanders’ campaign has the potential to have a lasting impact on the shape of the Democratic Party and on overall American electoral politics. The Vermont senator’s surprising primary successes, which were driven in part by considerable help from younger voters, suggest that the ideas central to his candidacy—tougher regulation of America’s biggest banks, reduced allegiance to free trade, and additional government social programming—will have significant staying power in American politics.

Two historical examples offer clues to the kind of influence Sanders could wield after his campaign comes to an end. In 1968, when the Democratic Party nominated Vice President Hubert H. Humphrey over Sen. Eugene McCarthy, Humphrey hadn’t won a single primary during the nomination cycle. Instead, he’d gained the majority of his delegates through states that didn’t hold a vote, allowing party leaders to swing them his way.

Young, progressive voters who supported McCarthy were left feeling that their voices had been stifled by the Democratic establishment, and they let the party know it through protests.

“That’s why we have the primaries and caucuses today,” says Robert Erikson, a political science professor at Columbia University.

In the aftermath of Sanders’ loss, he and his supporters may very well propose reform of the Democratic Party’s nomination process. Superdelegates could be eliminated—even though Sanders has tried to woo them for his own gains in the latter stages of the primary season. Or all Democratic primaries could become open primaries, where independents are allowed to vote without registering. That would help candidates like Sanders, who appeal to voters who aren’t card-carrying party members.

The second historical clue comes from 1976, when Ronald Reagan ran an unsuccessful campaign to defeat incumbent president Gerald Ford. Ford was a moderate and a part of the Republican establishment at the time. Reagan was not. Though his bid was unsuccessful, Reagan won enough delegates to get some of his more conservative positions into the party platform—an official opposition to abortion, for example.

Humphrey and Ford both lost the elections after they were challenged, and the challenges led to big changes in fortune for their parties.

After Eugene McCarthy’s supporters got the nominating process rules changed—instituting a system where the majority of the states had nominating contests—McCarthy ran for the nomination again in 1972, but dropped out after faring poorly early in the process. Another left-wing peace candidate, George McGovern, ended up winning the 1972 nomination. And starting with that election, the Democratic Party won just one presidential election over the next 20 years.

Reagan, meanwhile, again ran for president in 1980 and won both the nomination and the presidency, spending two terms in the White House. To this day, he is put on a lofty pedestal by many Conservatives and his memory is regularly invoked by Republican leaders.

Whether Sanders’ upstart campaign leads to changes in the nominating process or party doctrine—or whether it presages a period of Democratic glory or decline—will only come clear with time. If only because of his age (he’s 74), this is likely the last Sanders bid for the Democratic nomination. But, given the success he has had at the polls, the Vermont Senator’s influence is poised to make ripples in the Democratic Party’s pond past 2016.

On Tuesday, Sanders and his supporters are bound to be frustrated. But it seems very possible that in 2020 or 2024, a Sanders acolyte could end up the frontrunner for the Democratic nomination. Who? Sen. Elizabeth Warren is one solid bet to be the new standard bearer for the Sanders wing of the Democratic Party. And it’s clear that the Sanders wing will demand to be heard.