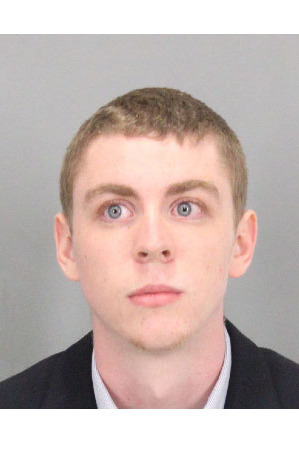 Social media doesn’t have a great record when it comes to women. A recent study found that Twitter users call women “slut” or “whore” almost 10,000 times a day. Even worse are the abusive messages that threaten violence—as seen in some of the threats made against female game developers and writers (aka “gamergate“), female sports journalists, and other women just trying to do their jobs or share their opinions online. According to Pew Research Center, 25% of women aged 18 to 24 report being sexually harassed online, while 23% say they’ve been physically threatened.

All of which makes the social media response to the Stanford sexual assault case worthy of our attention. The incident first came to the internet’s attention on Friday, when Buzzfeed posted a letter written by a woman who was attacked by Brock Allen Turner, then a Stanford University freshman. Turner, who faced up to 14 years in state prison, was given a six-month sentence for sexually assaulting the woman while she was unconscious. Her letter, which describes the effects of that attack in searing, stomach-turning terms, quickly went viral.

While it was heartening to see social media supporting and spreading the message of Turner’s victim, the online response did not stop there. Change.org user Maria Ruiz started a petition to recall Judge Aaron Persky who presided over the case. Currently, it has more than 300,000 supporters. (Stanford law professor Michele Landis Dauber also told The Guardian that she plans to launch a formal recall effort.) Social media users also jumped on the question of why Turner’s mug shot hadn’t been released. Without access to that image, most coverage of the case included Turner’s yearbook photo—a picture that presents him as a clean-cut college athlete, not a convicted sex offender. With the vociferous backing of Twitter users and others, a few dogged media outlets finally tracked down that mug shot, which is now all over the web.

It may be a stretch to say that anything good could come out of such a horrifying crime. However, for women who find today’s internet to be a hostile and even dangerous place, the reaction to this case could suggest there’s a possible alternate future. Given the overwhelming surge of online support for the woman who spoke out against Turner—and the tangible results of this outpouring—this case has given some of us fresh hope that we can learn to use our social networks as a feminist force.