Maria Sharapova Is No Longer the Highest-Paid Female Athlete 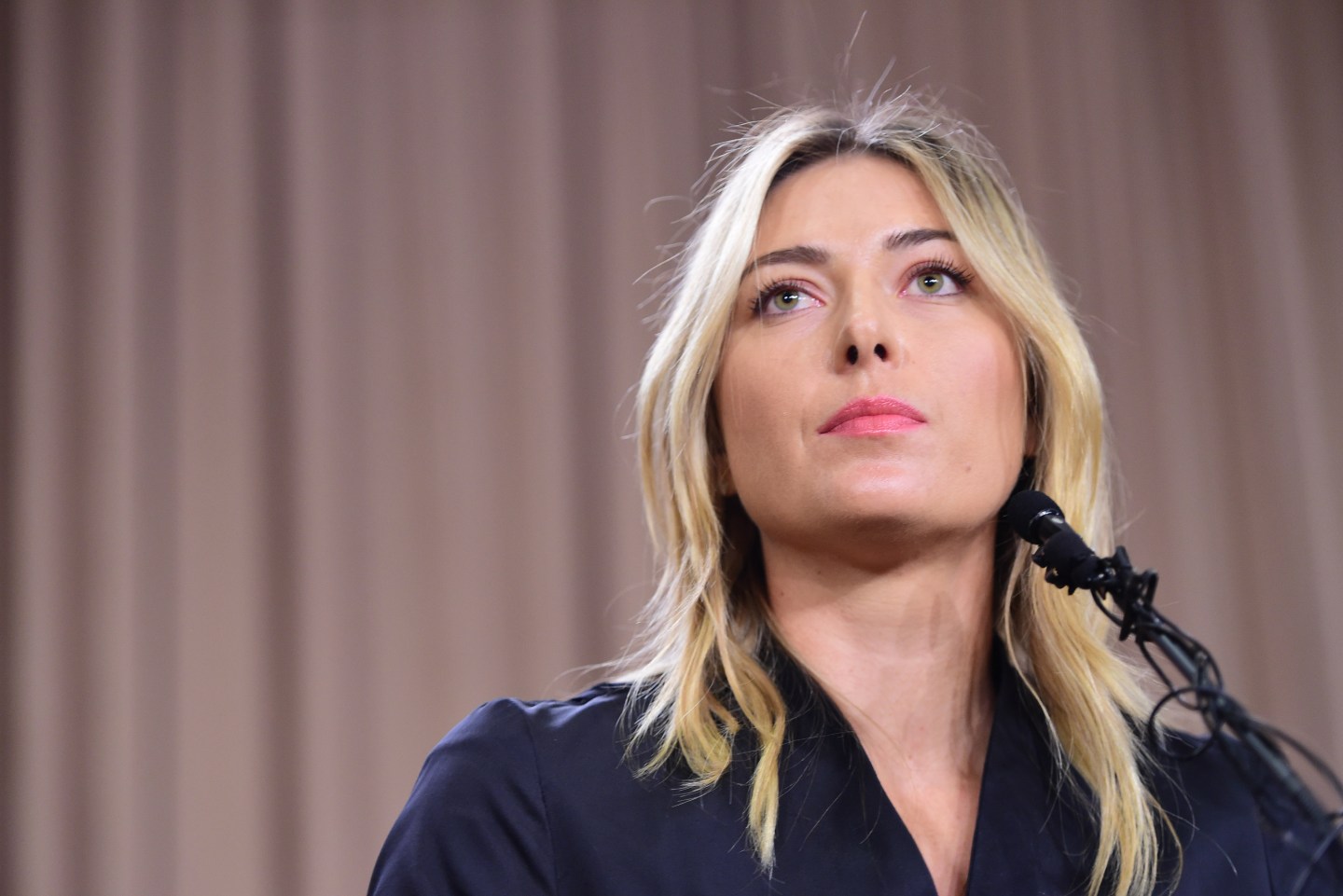 She has been overtaken by fellow tennis player Serena Williams, according to Forbes. In the past year, Williams has earned $28.9 million, up from $24.6 million in 2015. Sharapova’s payout meanwhile dropped down nearly $8 million in just 12 months, from $29.7 million in 2015 to $21.9 million this year.

Much of Sharapova’s sharp drop in earnings is due to a failed drug test earlier this year. The tennis star claimed she had legally been taking a drug for 10 years that was added to a list of banned substances in January. She was provisionally suspended by the International Tennis Federation and various sponsors suspended relationships with her, including Nike, Porsche, and Swiss watchmaker Tag Heuer.

Williams can currently boast 21 Grand Slam wins, just one victory shy of Steffi Graf’s 22. She had a chance to tie that record this past Saturday at the French Open final, but ended up losing to Garbine Muguruza, the seventh highest-paid female athlete.

Forbes’ list is dominated by tennis. The only two women on the list who aren’t professional tennis players are UFC fighter Ronda Rousey and NASCAR’s Danica Patrick. Rousey earned the third top spot with $14 million, followed by Patrick in fourth place with $13.9 million.

Last year, Sharapova and Williams were the only two women to break the top 100 on Forbes‘ list of the world’s highest-paid athletes. Seeing these athletes’ earnings only highlights the wage gap trope in sports that has been in the news lately.

Fortune reported last year that Rousey, a six-time UFC champion, earned less for a win than a one-time male champion earned for a loss. Additionally, female soccer players in the U.S. recently filed a complaint with the Equal Employment Opportunity Commission citing the fact that they earned $2 million for winning the 2015 World Cup while their male counterparts earned more than four times that amount for losing.