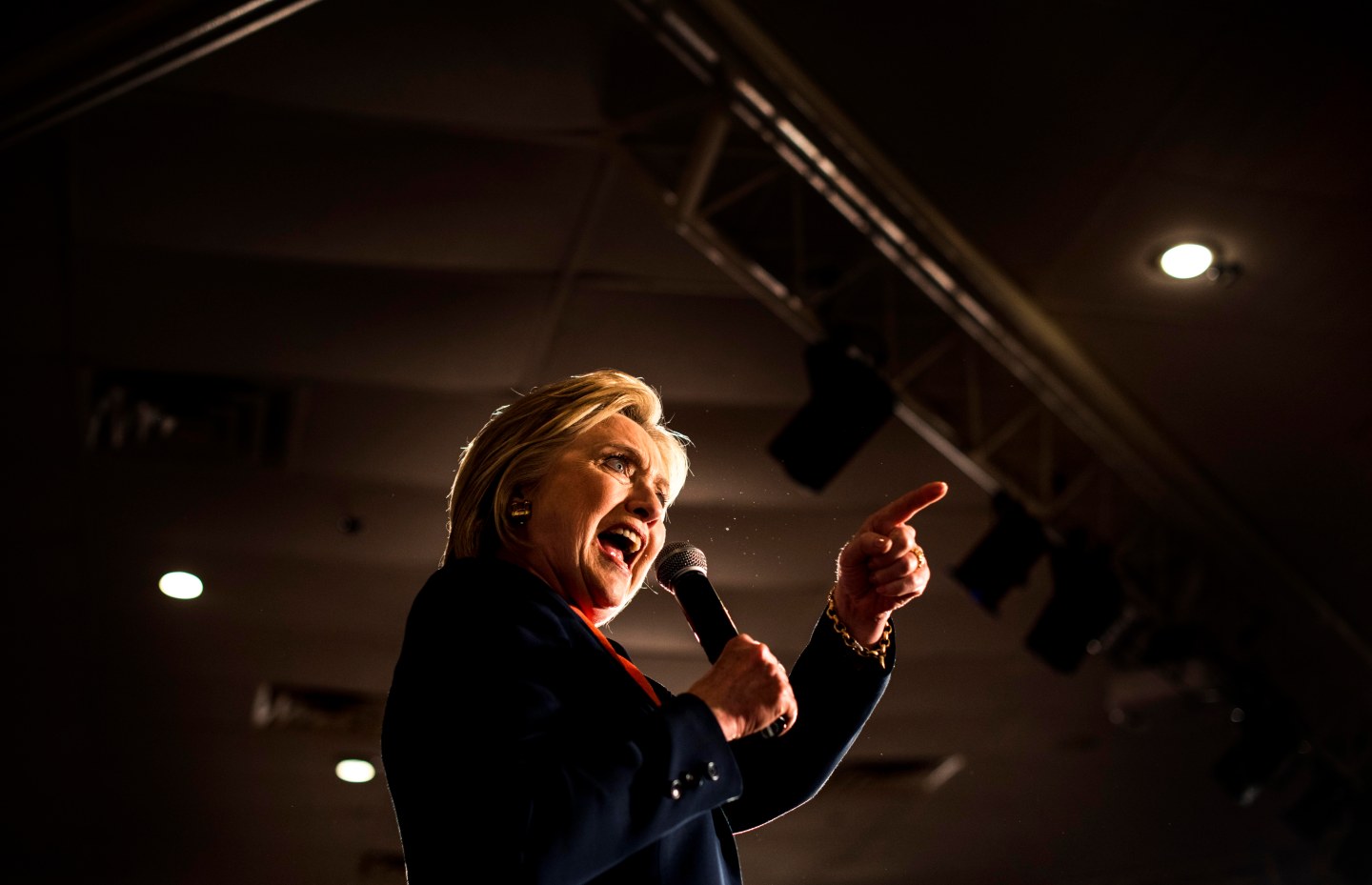 On Monday night, The Associated Press officially called the 2016 Democratic Primary race for Hillary Clinton, saying that with the newly pledged support of a number of superdelegates, the former Secretary of State had clinched the nomination.

California is the most populous state in the nation. It is one of the most Democratic states as well and thus has the largest allotment of delegates. Recent polls show Clinton leading Bernie Sanders in the Golden State by just 2%. Even if Sanders were able to pull off a win in the state, it likely wouldn’t matter in terms of securing the nomination. With delegates awarded proportionally, Clinton will almost surely come away with more than enough delegates to take the race. But a California loss would certainly bruise Clinton. To lose the biggest contest of the primary season, toward the end of the cycle no less, could damage her momentum moving into the general election against Donald Trump. It would also give Sanders a reason to keep up the fight in the weeks leading to the Democratic National Convention.

The biggest contest on the East Coast will be held in the Garden State. Hillary Clinton is leading handily in New Jersey, with polls putting her up by around 20 points. New Jersey’s diverse population and strong state party both favor Clinton, who has run well with minorities and die-hard Democratic voters. A big win in Jersey could help offset some of the gloom that would come from a Clinton loss in California.

Four other states are voting on Tuesday night — South Dakota (25 delegates), North Dakota (23 delegates), Montana (27 delegates), and New Mexico (43 delegates). With these four states combined offering fewer delegates than New Jersey, though, the focus will be squarely on the coasts.