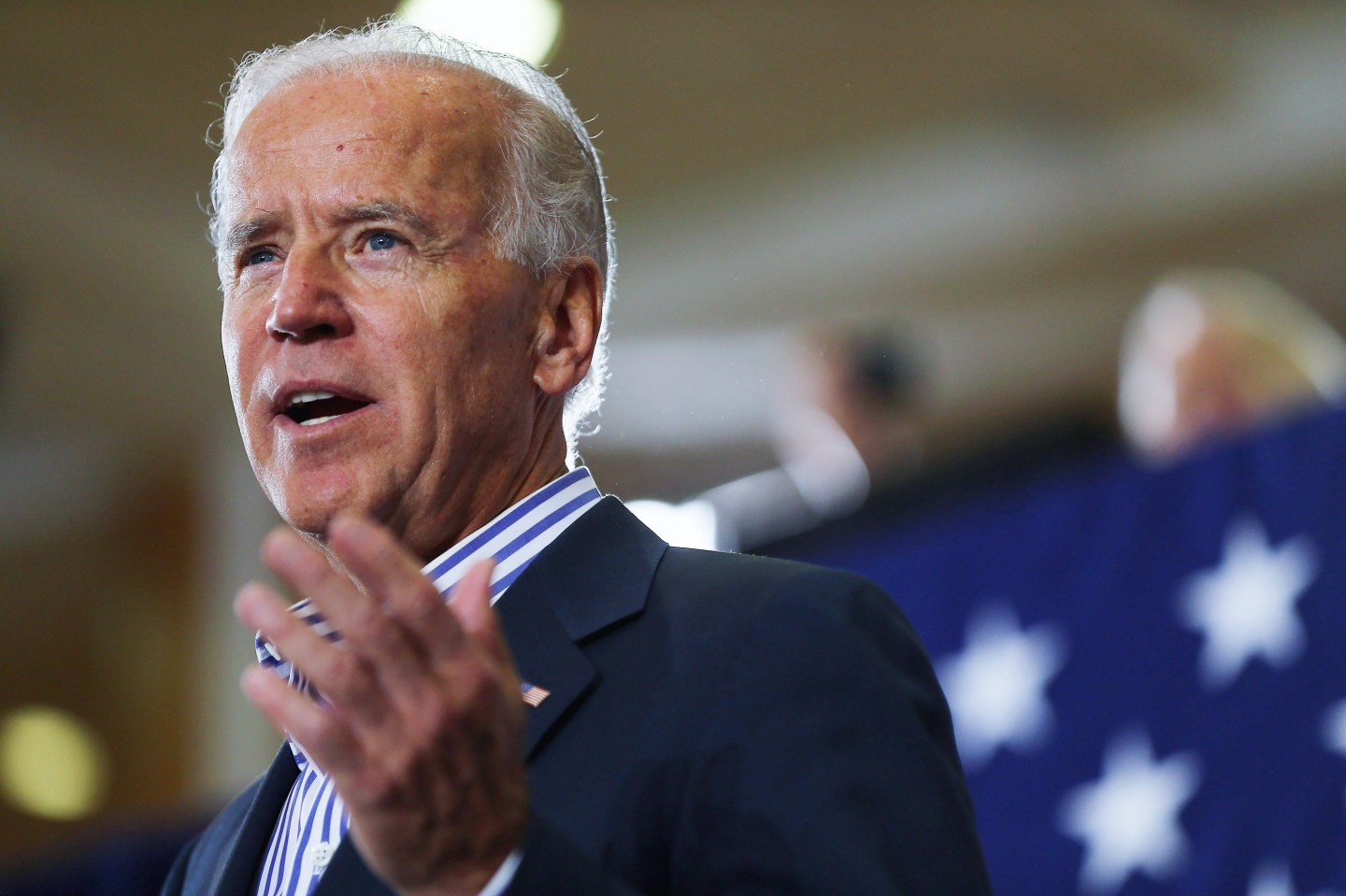 Vice President Joe Biden on Monday announced a massive new national database that doctors, researchers, and life science companies could use to help develop a cure for cancer.

The database is called the Genomic Data Commons (GDC) and will be a project of the National Cancer Institute (NCI). It will be built and overseen by the University of Chicago Center for Data Intensive Science and the Ontario Institute for Cancer Research.

“All information from trials funded by NCI from this point on will have to be submitted to the database,” Biden said at the world’s largest cancer conference, the annual American Society of Clinical Oncology (ASCO) meeting in Chicago.

Biden, whose 46-year-old son Beau Biden died of brain cancer last year, was there to promote the Obama administration’s National Cancer Moonshot project (which he heads) and Precision Medicine Initiative. Information-sharing is the central pillar of the White House’s moonshot.

During his speech, Biden repeatedly stressed the importance of breaking down the regulatory and structural barriers to pooling clinical trial and genomic cancer sequencing data. He argued that an industry-wide collaborative effort would hasten more targeted, personalized, and effective cancer treatments at a time when innovative new medications like immunotherapies are taking flight.

“Imagine if you all worked together,” said the vice president, adding, “I’m not joking.”

The idea for the database is to create a single repository for both patients’ clinical trial data and the genetic specifics of their cancers, including which therapies they’ve been given and how effective they were. While it will initially combine existing NCI datasets, the hope is that it will grow by as much as several petabytes of information annually as more scientists contribute to it.

“[T]he GDC will accept submissions of cancer genomic and clinical data from researchers around the world who wish to share their data broadly,” the NIH explained on its website. “In so doing, researchers will be able to use the state-of-the-art analytic methods of the GDC, allowing them to compare their findings with other data in the GDC.”

Business leaders have made cancer trial data-sharing a top priority for pursuing cures, at times with impressive results. While the GDC is an ambitious and difficult undertaking, it’s clear that the government also agrees that eliminating data silos will be critical for battling cancer—and on a bipartisan basis at that, according to the vice president.

“This is the only bipartisan thing in America right now,” said Biden.