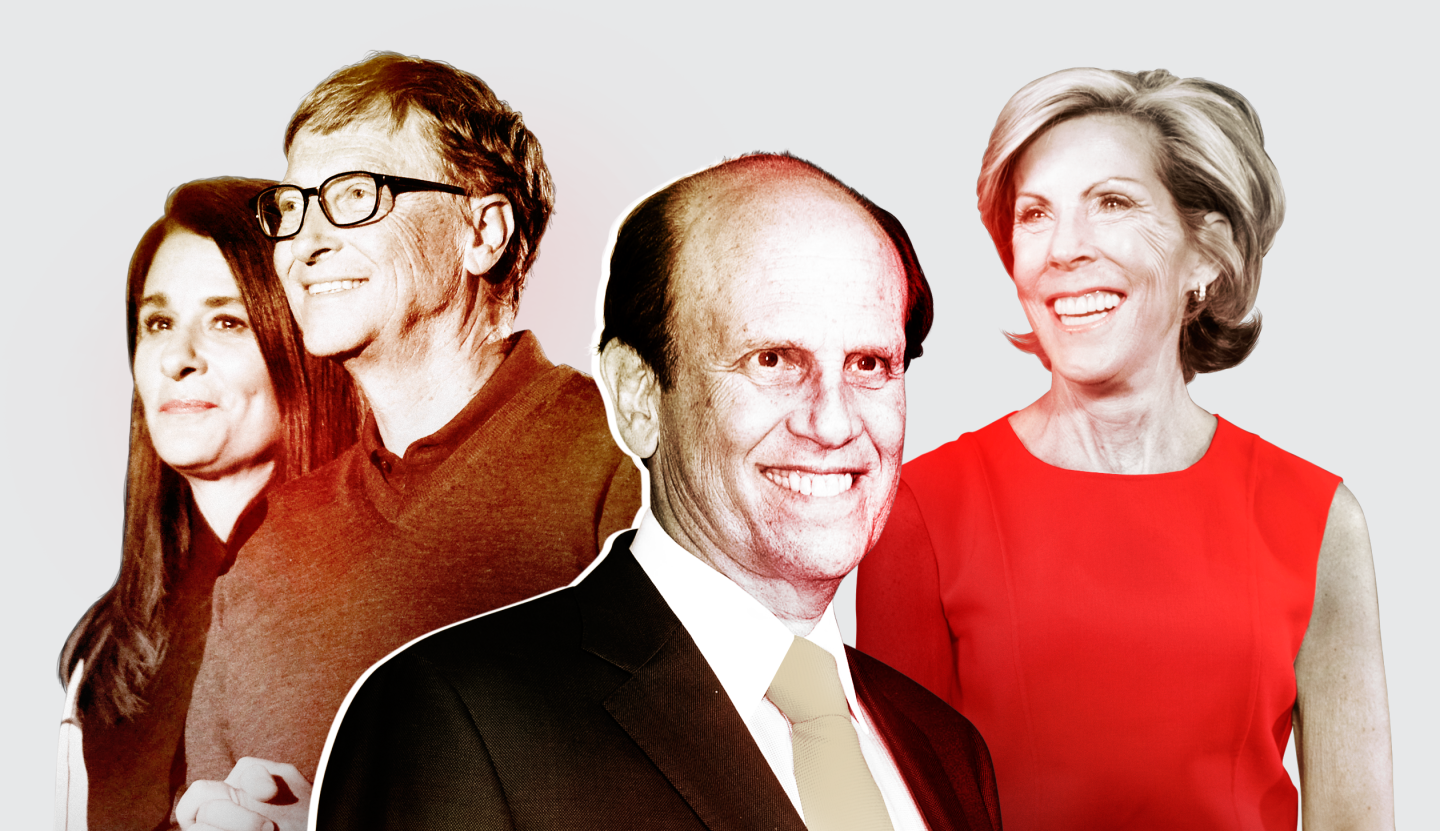 Sean Parker sent a jolt through the cancer-research community earlier this month when he announced a $250 million donation to establish the Parker Institute for Cancer Immunotherapy. But Parker is joining a long line of corporate leaders who have devoted their energies to curing diseases, cancer among them. Here are a few of the most effective.

For more on the intersection of technology and health, read the feature “Can Sean Parker Hack Cancer?“, from our May 1, 2016 issue.

On the heels of her diagnosis of multiple myeloma (a rare blood cancer) in 1996, former G.D. Searle and Merck (MRK) exec Kathy Giusti resolved to whip a fragmented cancer research community into shape by disrupting old models and centralizing data. This radical collaborative approach would, Giusti hoped, spur more effective and personalized treatments.

The results? Ten new approved therapies for multiple myeloma in the past 10 years and a tripling of patients’ post-diagnosis life expectancy—accomplishments clearly bearing the fingerprints of Giusti’s organization, the Multiple Myeloma Research Foundation (MMRF).

And Giusti is nowhere close to done. The MMRF plans to keep building on what Giusti calls “the largest, deepest, most robust data set in the field of multiple myeloma, with over 1,000 patients sequenced,” in order to keep the disruption going and the therapies coming.

What followed was a journey that transformed the face of cancer care alongside the trajectory of Milken’s life and unlikely recovery. Armed with a set of principles emphasizing data-sharing, tech innovation, and abundant funding, Milken and his Prostate Cancer Foundation (PCF) have fueled more than 2,000 cancer projects and pivotal clinical trials since 1993.

In fact, PCF funding was involved on some level in the discovery and development of six of the nine new prostate cancer drugs approved by the Food and Drug Administration since 2002. The 15-year survival rate across all stages of prostate cancer now stands at 94% (up from 61% in 2005), thanks, in part, to such milestone achievements.

Tech mogul and Microsoft (MSFT) co-founder Bill Gates and the eponymous Bill and Melinda Gates Foundation, which he co-chairs with his wife, have funneled millions of dollars into important public-health projects such as getting injectable contraceptives to the world’s poor and improving malaria prevention.

But Gates has also been an early and persistent investor in disruptive early-stage biotechs like Germany’s CureVac, which is trying to hash out cheaper and more effective vaccine development methods that better harness the body’s cells. In 2015, he was one of the main financers of the pioneering CRISPR-Cas9 gene-editing firm Editas (EDIT), helping set the stage for that firm’s IPO in January.

Editas hopes to use its CRISPR tech platform to address genetic eye disorders and is collaborating with companies like Juno Therapeutics (JUNO) on treatments that reengineer the body’s own immune cells to target cancers.

A version of this article appears in the May 1, 2016 issue of Fortune with the headline “Business Leaders Disrupt Medicine.”