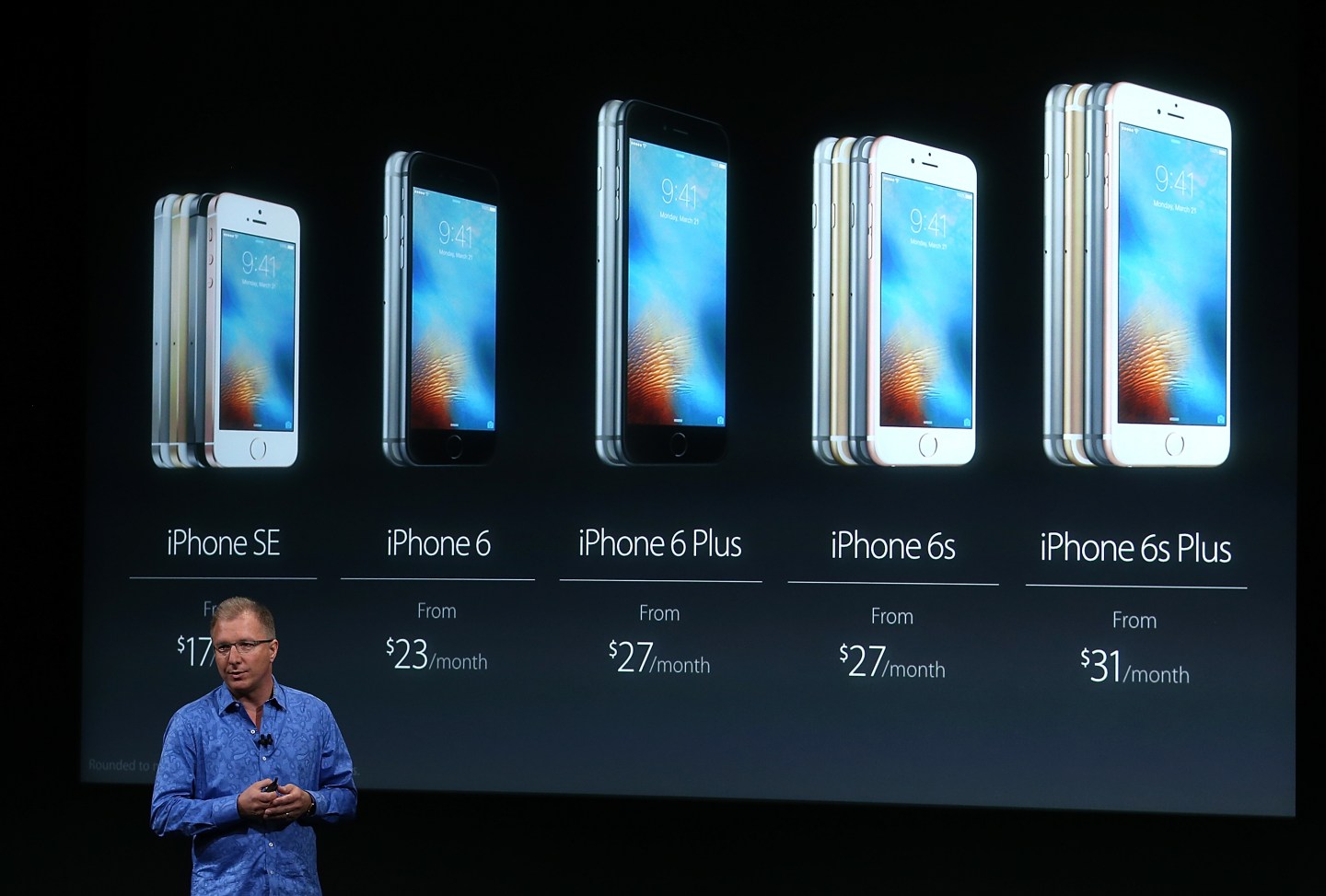 CUPERTINO, CA - MARCH 21: Apple VP Greg Joswiak announces the new iPhone SE during an Apple special event at the Apple headquarters on March 21, 2016 in Cupertino, California. The company is expected to update its iPhone and iPad lines, and introduce new bands for the Apple Watch. (Photo by Justin Sullivan/Getty Images)
Photograph by Justin Sullivan Getty Images

The former Ad Man that worked with Steve Jobs on his “Think Different” campaign thinks Apple might have lost some of the simplicity that made it famous.

In an op-ed in The Guardian on Thursday, Ken Segall, a former ad agency creative director who also claims to have named the company’s all-in-one computer “iMac,” says Jobs had a unique ability to deliver simplicity. Whether it was in design, advertising, or another way to engage with the masses, Jobs believed—and indeed, often said himself—that simplicity was paramount. But now, Segall argues, Apple has lost some of that simplicity and its products are becoming too confusing for customers to easily discern what’s what.

“With the current models consisting of iPhone 6S, iPhone 6S Plus and SE, Apple’s naming scheme is becoming noticeably less simple,” Segall wrote. He added that Apple’s decision use an “S” for iPhone versions that are so-called “off years,” has only caused it to “confuse customers and make it significantly more difficult for marketing to do its job.”

Segall, who made his name in advertising, also took aim at Apple’s marketing efforts, saying that when Jobs was alive, he ran advertising “like a startup” and would pick the ads without using focus groups or other commonly used techniques to get the best bang for his buck. Now, under Tim Cook’s leadership, Segall says Apple has “teams compete to produce new campaigns,” complicating its advertising efforts.

While Segall acknowledged that Tim Cook needs to be a different chief executive than Steve Jobs and that the Apple co-founder had a “different style” than the company’s current CEO, it’s hard not to hear some Cook criticism in Segall’s comments. While he tried to take a middle route, saying that Apple does well in certain areas of maintaining simplicity, he seemingly believes the Jobsian way of running the business was superior, arguing in the op-ed that “flaws and complexities” are increasingly finding their way to Apple’s products.

That said, it’s hard to argue with Cook’s track record. Over the last several years, Tim Cook has presided over record-breaking revenue and profits and helped build his company’s cash coffers to hundreds of billions of dollars. While Apple had a down quarter in its last-reported fiscal period, the company was still able to generate billions in profit. Cook, in other words, could be one of the more successful CEOs in the world, even if Apple isn’t as “simple” as it once was.

Segall, who argues Cook can’t “align all the forces within Apple” like Jobs once did, however, acknowledges that Cook is living in a different world than Jobs did and is now forced to offer a broad array of products in order to attract more customers. In other words, maybe Apple is a bit more complex because the market is more complex.

Regardless, Segall, who is publishing his second book about simplicity and how Steve Jobs did business next week called Think Simple: How Smart Leaders Defeat Complexity, says Apple needs to work on getting back to being simpler and stop allowing “complicated products to make it into the hands of customers.”

In the end, though, Segall took a nicer tone. While he couldn’t quite bring himself to say Apple is doing enough to enjoy simplicity, he argues no other technology company could deliver “a simple experience as well as Apple.”

So, that’s at least one win for Apple and Cook. Well, maybe.