Hotels Try New App to Rent Rooms By the Minute 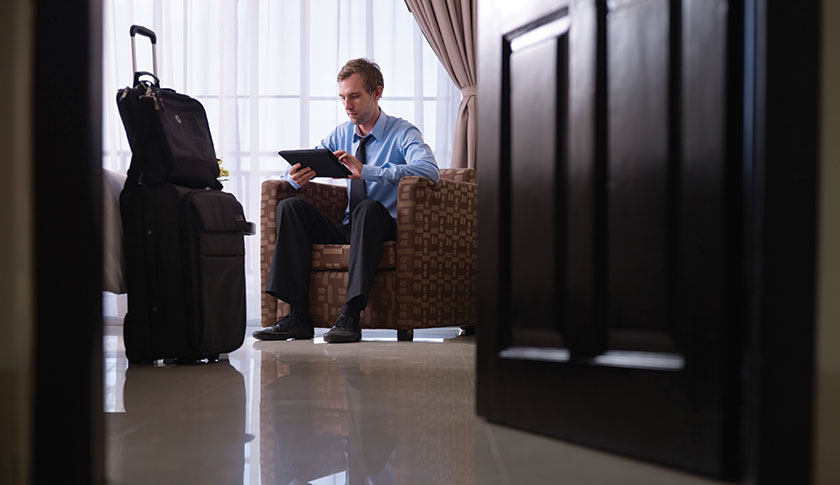 Home-sharing company Airbnb has emerged as an economic force by enabling people to turn extra space in their homes into cash. But what about traditional hotels?

It turns out, with a little bit of technology and a lot of trust, a few hotels in San Francisco are already starting to squeeze extra use—and revenue—out of their rooms by renting them out by the minute with the help of a startup named Recharge. The young company, lets customers use its mobile app to book empty rooms at partner hotels.

Recharge’s team created the service with business travelers in mind, who often need to take a break or catch up on work in between meetings. The idea is to appeal to customers who would normally balk at paying for an entire night when they only want a couple of hours of rest.

“People most commonly use Recharge as they use Starbucks,” co-founder Emmanuel Bamfo told Fortune, referring to people’s use of coffee shops as place to sit down, catch up on some work and use Wi-Fi when available. The idea is similar to short-term office rental services like Breather, which lets customers rent out private space, mostly in offices, for anywhere between 30 minutes to a full day to rest up or do some work.

So far, Recharge has partnered with several hotels in San Francisco including the Hyatt Regency, Stanford Court, and Park Central Hotel. To book a room, customers open the app, pick from the available nearby hotels. When they arrive, they check in at the front desk and head up to the room where they can shower, nap, make phone calls, and even use other hotel amenities like the gym.

When they’re done, they check out via the app. And if they try to cheat by clocking out before they actually leave, they risk being fined $250 if the hotel’s staff finds them in the room when they come to clean it. But Bamfo says that they’ve not had any problems with this so far.

Recharge charges the same rate (66 cents per minute or $40 per hour) across all hotels and times to keep things simple, but it does plan to eventually experiment with variable pricing, according to Bamfo. Recharge splits the revenue with the hotel, letting it take most of the revenue, although Bamfo declined to share specifics.

“Obviously if I were staying overnight I think it would be expensive. However for the convenience and urgency that we needed it, it was amazing,” Jacob McDaniel, an entrepreneur from Kansas City who recently used Recharge during a brief business trip in San Francisco, told Fortune via email. McDaniel says he paid $38 for a 48-minute stay.

On the hotels’ side, Recharge provides them with an app for checking in guests, as well as managing how many rooms they want to make available through the service at any given time. Accepting guests through Recharge is also fairly low hassle for hotels as they already have cleaning staff, and in most cases, a room only requires a “light turn”—an industry term for a less thorough cleaning.

Bamfo and his co-founders, Will Johnson and Chris Lo, first came up with the idea about a year ago after they opened as sort of club house in San Francisco for drivers for Uber, Lyft, and other similar services. They quickly realized that the need for a comfortable location to take a break is pretty universal, so they eventually devised Recharge. The startup is currently focused on expanding its service in San Francisco and the Bay Area, but plans to extend it to new cities in the near future, says Bamfo.

Of course, Recharge’s model raises several questions. For one, “hotel by the minute” suggests that guests will use it for questionable activities, but is that the case?

For Simone Harms, general manager of Starwood’s Park Central Hotel in San Francisco, which currently works with Recharge, it was certainly a concern. To make sure that Recharge wouldn’t turn the hotel into a brothel or drug den, it initially ran a test in January during which its staff carefully observed Recharge guests, paying attention to their behavior, room conditions, and whether they brought suspicious guests.

Eventually, Park Central officially signed up for the service, and some of Starwood’s other properties are also working to implement Recharge. Today, Harms says that Park Central welcomes several Recharge guests daily, some of them regulars, a noticeable increase from the one or two guests per week it saw come through during the initial test.

Another question is whether Recharge is even financially worthwhile for hotels. It does have the potential of replacing full-night room bookings in some cases, though hotels also have the option of not making their rooms available past a certain time.

Then there’s Airbnb. In the last few years, the hotel industry has seen home-sharing company emerge as a threat since it provides an alternative to booking hotel rooms for travelers. In October, a Bank of America report concluded that Airbnb bookings represent about 1-2% of total U.S. hotel demand, which is very small but still “material,” according to the report.

But according to Harms, even though Airbnb is a competitor, services like Recharge won’t help hotels offset any drop in room bookings. Instead, it’s merely a way for hotels to put otherwise empty rooms to use now that smartphones make apps like Recharge possible. And given the low cost of the additional cleaning, Harms says she’s happy with the new business so far. Though Bamfo declined to disclose revenue figures, he said that Recharge aims to bring in at least $100,000 in additional annual revenue for each partner hotel.

Like Airbnb, Recharge is a marketplace, and will have to expand at least nationally, if not internationally, if it wants any chance to become more than just a San Francisco app. It also runs the risk of eventually competing against hotel chains’ own copycat apps, though Binary Capital managing partner Justin Caldbeck, whose fund led Recharge’s newly closed $2.3 million seed round, doesn’t believe that will be a problem.

“Consumers aren’t going to open the Starwood brand app, that’s not how they think,” Caldbeck told Fortune. “I think most consumers are thinking where do I want a hotel? They’re looking across multiple hotels for price and availability,” he said. “That’s why you see travel search engines.”

Along with Binary Capital, Recharge’s investors include Floodgate, Expansion VC, Eniac Ventures, Rick Marini, and Cyan and Scott Banister. Founded in 2015, Recharge is based in San Francisco.