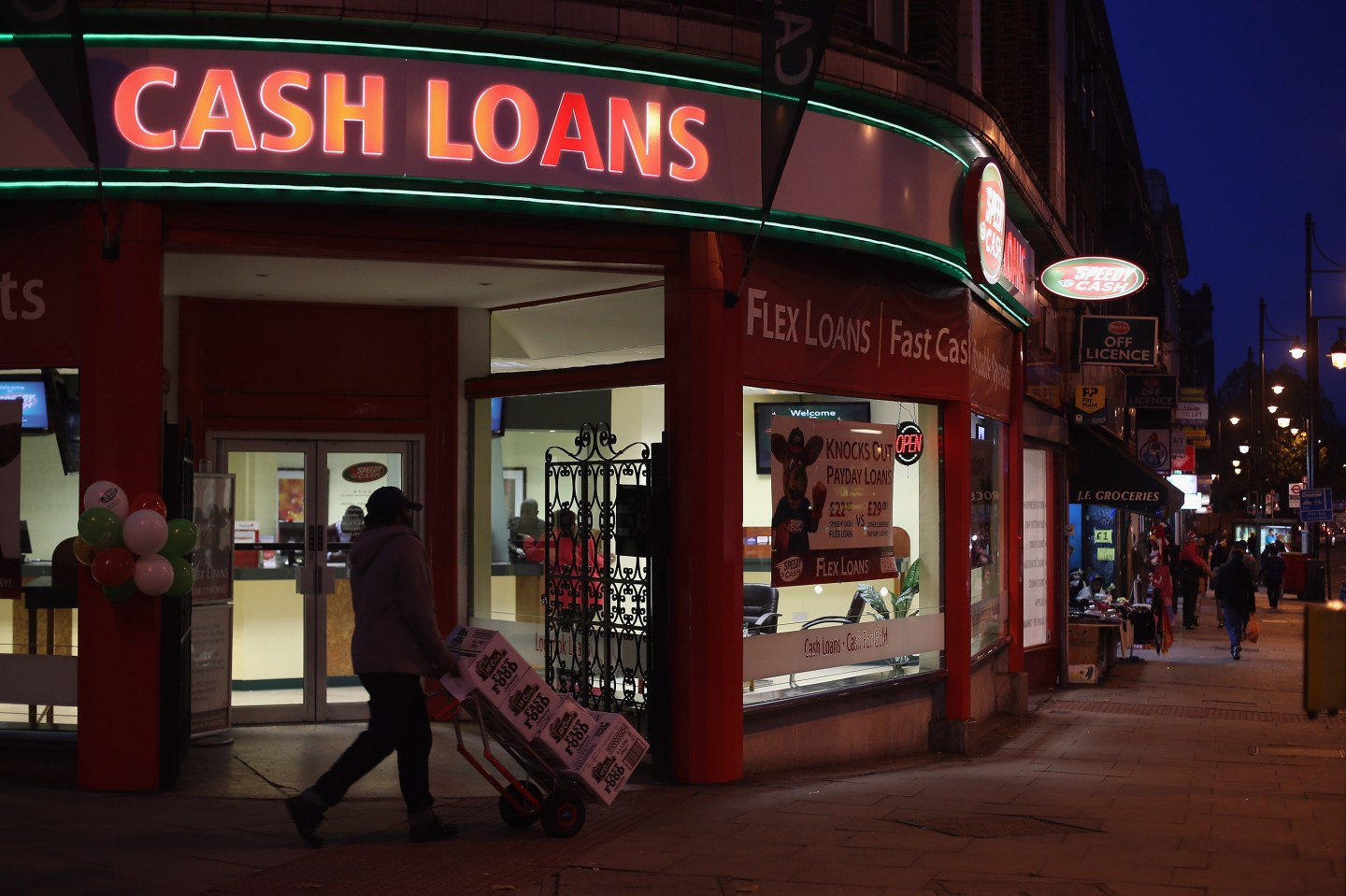 The U.S. agency charged with protecting consumers from financial abuse unveiled a proposal on Thursday that would limit short-term borrowings known as “payday” loans, which can carry interest rates as high as 390%.

The Consumer Financial Protection Bureau’s proposal includes having lenders determine if some borrowers can afford to take out debt. It also calls for restrictions on loan rollovers.

Payday lenders typically cater to low-income borrowers who need cash in a pinch but cannot access financing from mainstream banks. The name comes from the idea that a borrower would take out an emergency loan and repay it with the next paycheck. Since the loans often are not collateralized, lenders take the risk of not being repaid and charge higher rates.

“Too many borrowers seeking a short-term cash fix are saddled with loans they cannot afford and sink into long-term debt,” said CFPB Director Richard Cordray in a statement, calling the proposal “mainstream” and “common-sense.”

“It’s much like getting into a taxi just to ride across town and finding yourself stuck in a ruinously expensive cross-country journey.”

The industry has braced for new regulation from the CFPB since the 2010 Dodd-Frank Wall Street reform law gave it authority over the payday loan market, and anticipation of new federal rules has already created political fractures on Capitol Hill.

Meanwhile, the Federal Bureau of Investigation and Internal Revenue Service have cracked down on alleged fraud and racketeering in the industry. Payday lenders are one of the targets of “Operation Chokepoint,” an FBI investigation into business relationships between banks and potential law-breaking companies.

The CFPB’s proposal includes a “full-payment” test for people borrowing up to $500 over a short period. Lenders would have to determine whether a borrower could afford each loan payment and still meet basic living expenses, according to a summary.

It would bar lenders from taking auto titles as collateral and would make it difficult for them to “push distressed borrowers into reborrowing.” It would also cap the number of short-term loans made in quick succession. At the same time, it would limit the number of times a lender could try to debit a borrower’s bank account for an outstanding payment, with the CFPB saying failed withdrawal attempts rack up bank fees for borrowers.

The proposal presents two alternatives for longer-term loans. One caps interest rates at 28 percent and the application fee at $20. The other is an installment loan of equal payment amounts, with the loan’s total cost capped at 36 percent.

The agency said current practices ensnare borrowers in “debt traps” with accumulating fees and interest, and that they encourage people to take out new loans to pay off old debts, all of which can leave them broke, without bank accounts, or carless.

Lenders say they fill a critical hole in the economy, allowing people living paycheck to paycheck to cover basic costs and those in need, who may have poor credit records, to quickly take out loans.

The fight over the proposal will span months. The agency will evaluate comments on the proposal, due Sept. 14, before issuing final regulations. It is also beginning a review of “other potentially high-risk loan products and practices” such as open-end credit.

Cordray was scheduled to discuss the proposal later on Thursday at a hearing in Kansas City, Missouri. A coalition of advocacy groups supporting reforms planned a rally in the city, while detractors have already begun voicing concerns.

On the political front, Republicans, who are widely critical of the bureau, say restricting small dollar, short-term loans will cut off struggling consumers’ access to a legal financial lifeline during emergencies.

Democrats generally support reform, but are divided on how it should be carried out.

Massachusetts Senator Elizabeth Warren and other proponents for stronger financial regulation have lined up behind the CFPB.

Democratic National Committee Chair Debbie Wasserman Schultz, on the other hand, has promoted the approach used in her home state of Florida which is considered more permissive. She has sponsored a bill with other members of the House of Representatives from the state to delay the CFPB rules for two years and exempt states with laws similar to Florida’s.