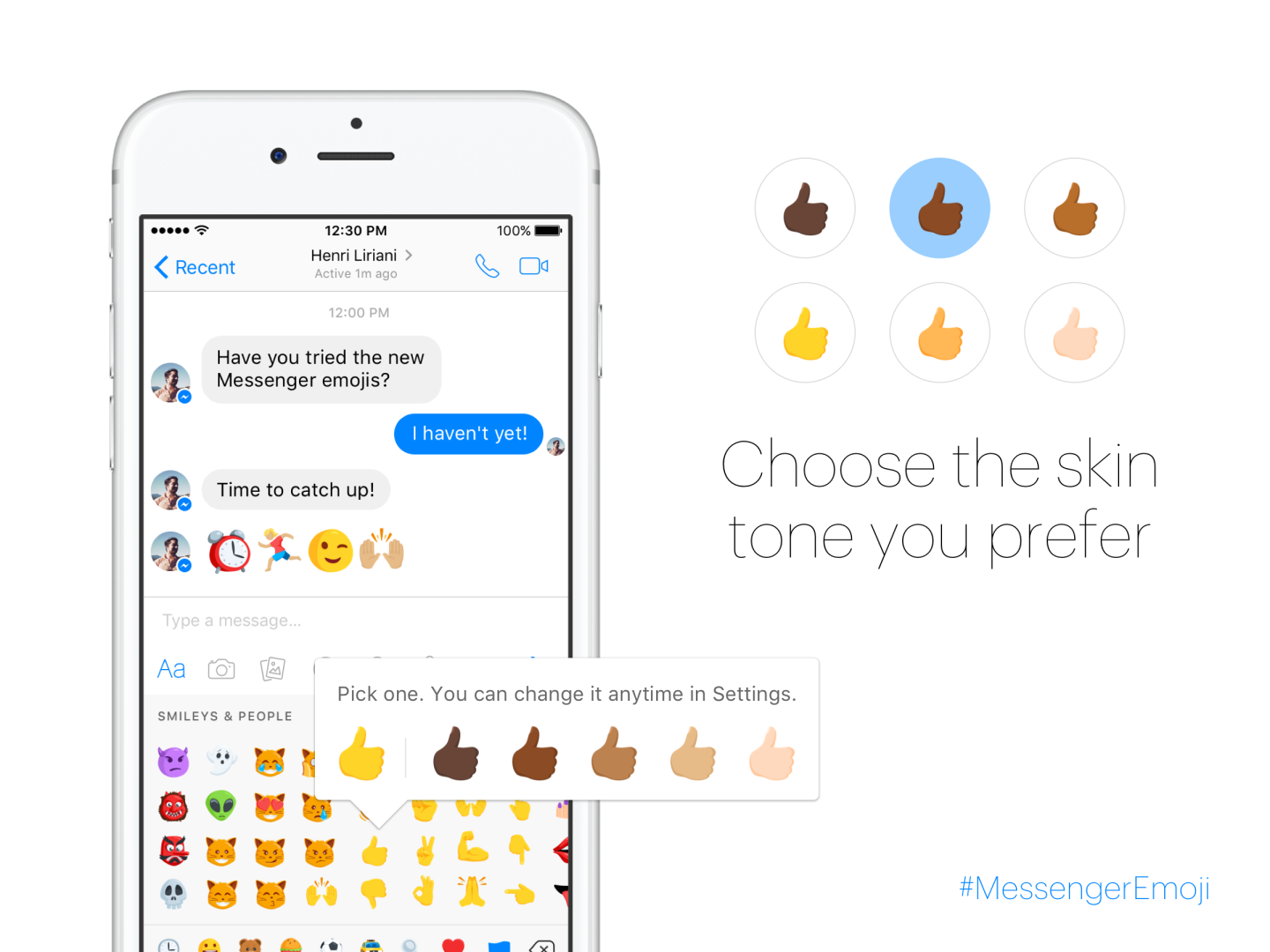 The tech industry might still be a long way from employing a truly diverse workforce, but that won’t stop it from bringing extra colors and shapes to its products.

On Wednesday, Facebook (FB) said it will roll out a slew of entirely new emoji for its Messenger chat app that will include new skin and hair colors, genders, and additional occupations for women such as a female police officer, runner, pedestrian, surfer, and swimmer. For some of the new icons, users can select from various skin tones via the keyboard. In all, Messenger is getting 1,500 new emoji.

Extra emoji might seem trivial and silly, but as mobile communication, especially via text and chat continues to grow, it’s becoming increasingly important for people to have rich means of expressing themselves—and representing themselves. According to Facebook, nearly 10% of messages sent via its Messenger apps include an emoji of some sort.

Facebook is not alone. Recently, four Google employees presented a proposal to the Unicode Consortium, responsible for the standardized emoji codes across devices and platforms, which would include more diverse depictions of women’s professions.

Another way Facebook is attempting to bridge a gap with its new emoji is by making them universally available for all its Messenger users, across all devices and operating systems. Various operating systems—Android, iOS, etc.—get to decide how they want each emoji to look and appear, which often leads to mismatched looks and availability of emoji. However, Facebook says its new emoji will consistently show up for any and all Messenger users to avoid those awkward black boxes when receiving an unavailable symbol or having it not look as intended.

The new set of emoji will be available globally on all platforms on Thursday, though it may take a few days to fully roll out to all users, according to a spokeswoman.