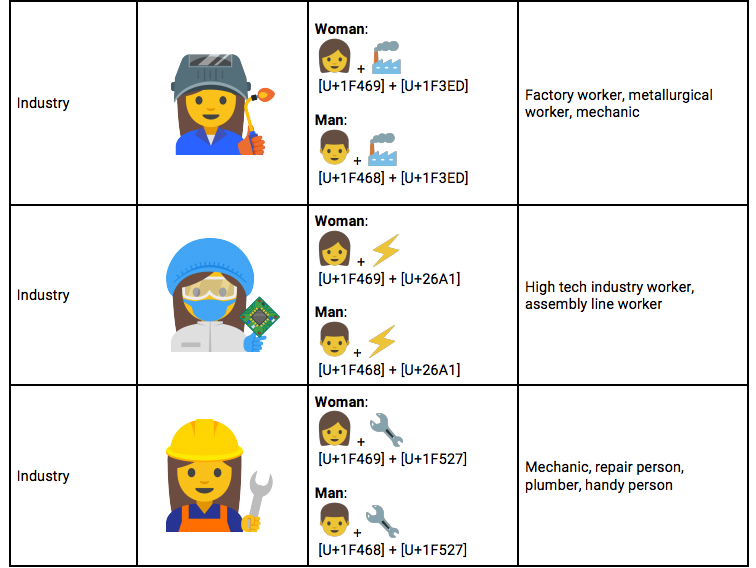 Allies can come from the most unexpected places.

Gender equality advocates received a boost on Tuesday, when a team of designers presented ideas for emojis aimed at empowering women at a meeting of the Unicode Consortium, a Silicon Valley non-profit that oversees the creation of new emojis.

The four designers, all of whom are Google (GOOG) employees, proposed creating “a new set of emoji that represents a wide range of professions for women and men with a goal of highlighting the diversity of women’s careers and empowering girls everywhere.”

The proposal went on to explain that while the current emoji system, called Unicode TR52, has parity between existing male emoji and female emoji, there’s much to be gained by adding new emoji that depict both genders across a number of professions.

“We believe this will empower young women (the heaviest emoji users), and better reflect the pivotal roles women play in the world,” reads the proposal.

The 13 proposed new emojis would include both male and female versions of a doctor, scientist, academic, rock star, and farmer.