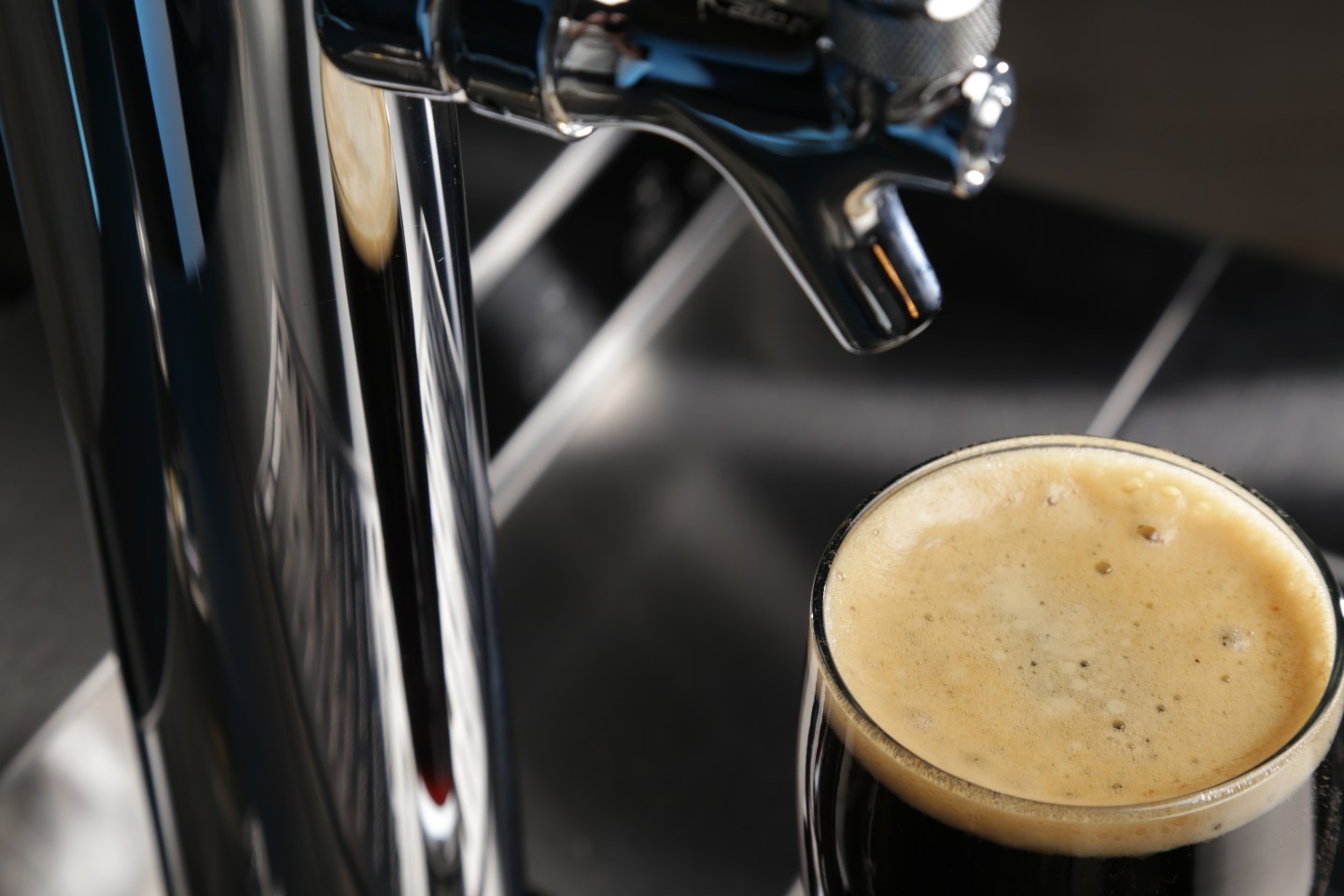 The craft beer industry’s success is captivating both new drinkers and home brewers, with the latter group aiming to capitalize on increased interest in small, flavorful batched brews. Home appliances giant Whirlpool also wants a piece of the action.

The manufacturer of KitchenAid, Maytag, and Whirlpool brands on Tuesday debuted a beer fermentor and dispenser system for aspiring home brewers, a way for Whirlpool (WHR) to tap the craft beer craze that has lured 1.2 million home brewers in the U.S. alone. The device – called Vessi – can ferment, carbonate and dispense home-brewed beer in as little as seven days. Typically, traditional beer fermenting methods can take a month or longer.

Whirlpool’s new home-brewing system launch comes at a time when Americans are increasingly expressing interest in craft beer. That big change in the $100 billion U.S. beer market has led to more individuals opening their own breweries. America has more craft breweries than ever before – over 4,100 as of late last year – but many more novice brewers tinker with their own ales without the intention of ever selling the alcoholic beverages they produce. For those brewers, making beer at home is a hobby, not a business.

The manufacturer is essentially hoping that it can make that home brewing process easier for those involved, and also convince those that are apprehensive about home brewing to give it a try.

Venturing into home brewing was an idea proposed by a Whirlpool team member that participated in an internal competition that gives all employees an opportunity to pitch their vision for the manufacturer. The system is debuting to consumers through an exclusive partnership with crowdfunding website Indiegogo. Vessi will retail at a suggested price of $1,899 but home brewers that back the Indiegogo campaign can get a 37% discount.

“The reason we wanted to go with Indiegogo is it validates this market for home brewing,” said Dawn Noel Dolan, senior manager for Whirlpool’s new business development division. “Right away, it opens a dialogue.”

Indiegogo is well known as a platform for aspiring entrepreneurs to test the market’s interest for their new ideas. Aspiring craft brewers have turned to crowdfunding to generate funds to open their own breweries, while other startups have tried to launch at-home brewing tools and dispensers like Whirlpool. Those alternative systems include beer dispenser Fizzics and brewing machine Brewie. Both raised funds on Indiegogo.

But increasingly, big corporations are leaning on the Indiegogo platform for innovation. Jerry Needel, head of the company’s enterprise crowdfunding service, said firms often look to validate their innovation, find a way to connect with aspiring entrepreneurs, or find existing ideas to support financially.

“Whirlpool is trying to figure out how to launch a new product in a new category,” Needel says. “Launching an Indiegogo campaign is a good way to build something that customers want and also validate demand.”

For Whirlpool, Vessi is also a way to expand the company’s slate of cooking appliances. Only 18% of the company’s $20.9 billion in sales comes from that segment, with much more revenue derived from laundry appliances and refrigerators and freezers. Debuting Vessi gives Whirlpool another entry point into the nation’s kitchens.