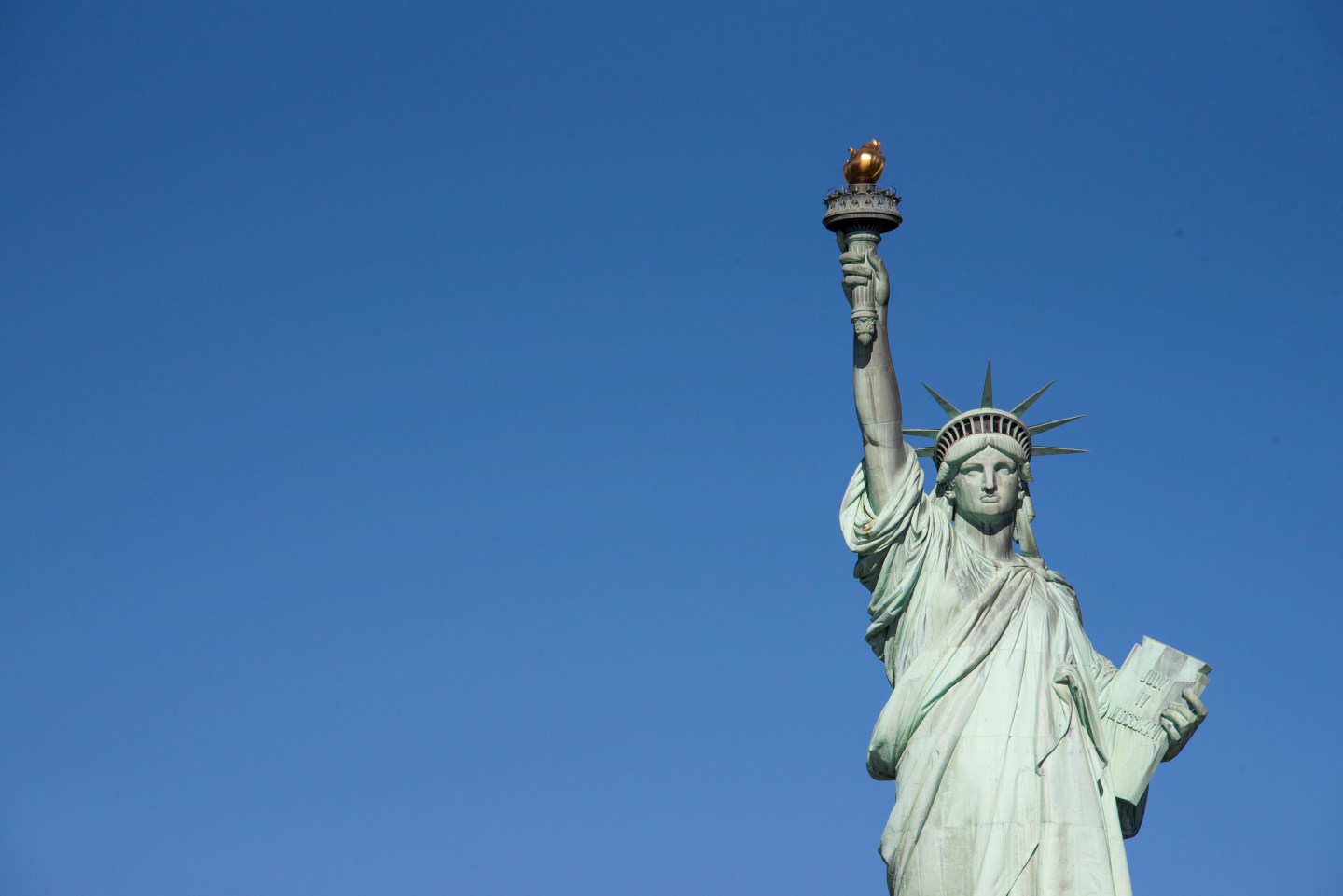 In the 1996 sci-fi thriller, Independence Day, the havoc wrought by an alien invasion sends the Statue of Liberty facedown into New York Harbor as Manhattan lies smoldering in the background.

But according to UNESCO’s 2016 report, it’s climate change that will eventually sink Lady Liberty. And its not just New York’s monument—around the world, famous landmarks are in danger of disappearing due to extreme weather.

Stonehenge could erode under the increasing level of rainfall. Venice, a city built on water, could deteriorate with the rising tides. Yellowstone National Park’s vibrant range of life could be cut down as a result of intensifying weather events, while some Easter Island statues are in danger of being lost to the sea.

In total, the report, authored jointly by UNESCO, the United Nations Environment Program, and the Union of Concerned Scientists, listed 31 natural and cultural World Heritage sites in 29 countries that are vulnerable to “increasing temperatures, melting glaciers, rising seas, intensifying weather events, worsening droughts and longer wildfire seasons.” All have already felt some level of impact from global warming.

“As the report’s findings underscore, achieving the Paris Agreement’s goal of limiting global temperature rise to a level well below two degrees Celsius is vitally important to protecting our World Heritage for current and future generations,” said Mechtild Rössler, Director of UNESCO’s World Heritage Center in a statement.

Australia’s Great Barrier Reef and the Tasmanian forests were also included in the report, before Australia’s government intervened, telling the UN that it could damage tourism on the continent, reported the Guardian.