This Startup Pays For Employee Weddings 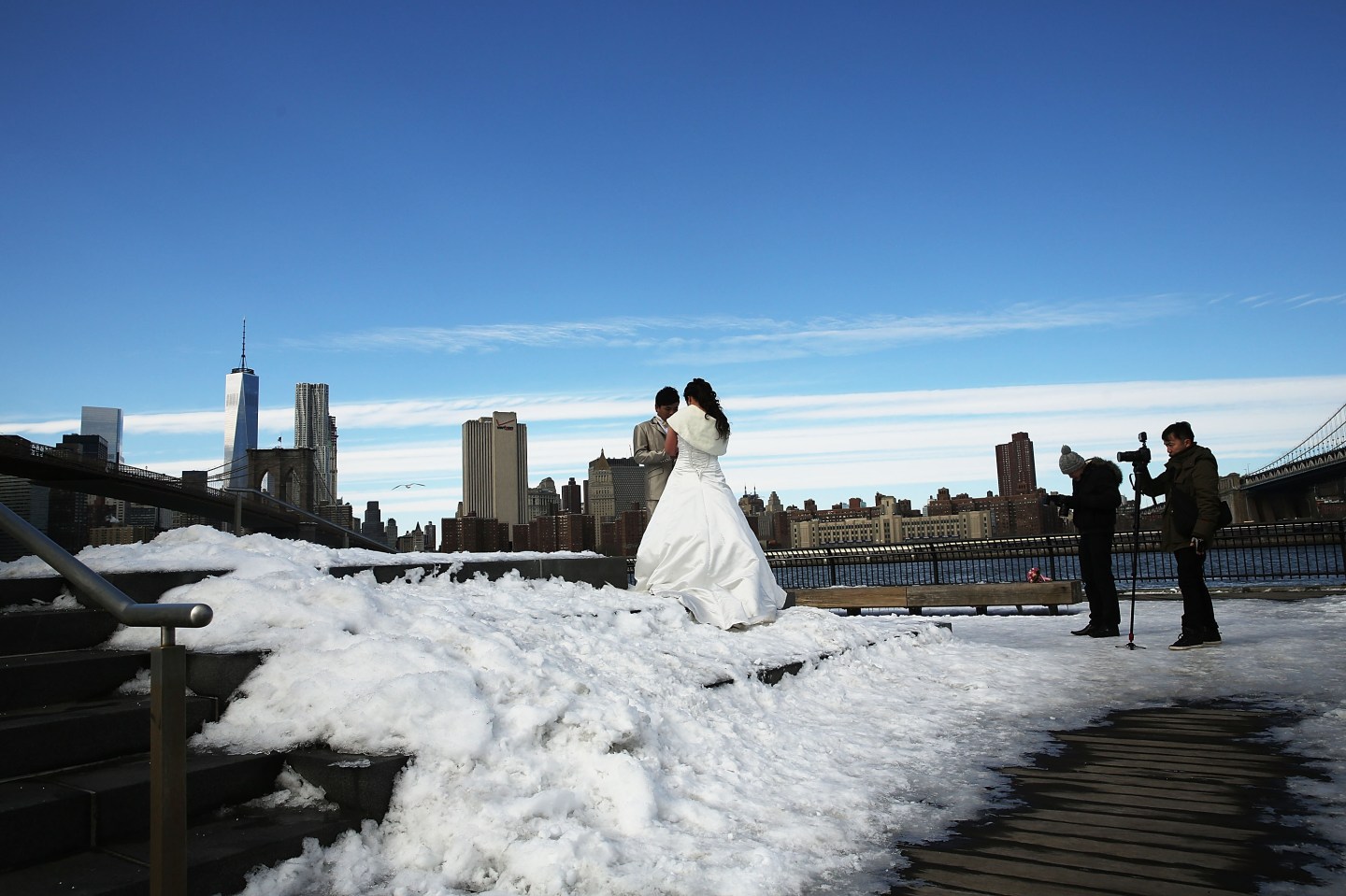 NEW YORK, NY - FEBRUARY 23: A newly wed couple poses for photographers near the East River on a cold day on February 23, 2015 in New York City. New York City and much of the East Coast has been experiencing frigid temperatures over the past week with heavy snow and sleet accumulations. Temperatures have hovered in the teens with wind chills dropping below zero.(Photo by Spencer Platt/Getty Images)
Photograph by Spencer Platt — Getty Images

If you had to choose between your employer paying for your wedding or giving you a raise, which would you pick?

Chieh Huang, chief executive at shopping startup Boxed Wholesale, has decided to pay for his employees’ weddings, according to Quartz. In fact, he said that the company would pay up to $20,000 for any full-time employee’s wedding.

According to Quartz, Huang said that he had thought about increasing wages, but that he believes that fringe benefits like paying for a wedding are actually better. He said such efforts will help companies build a “culture” and that it would ultimately be “a money-saver over time.” However, in a statement to Fortune, a Boxed spokesman said the company actually engages in “quarterly compensation reviews” and employees will still be eligible for raises.

This isn’t the first time that Huang, whose company raised $100 million in funding in January, has used unorthodox methods to make employees happy. Last year, for instance, he announced that he would personally donate $1 million in cash and shares in Boxed to pay for the cost of tuition for his employees’ children. At that time, Boxed had approximately 100 employees who had only a dozen children. Most of those children have yet to reach college age.

Since then, Boxed, which provides technology that lets customers buy products in bulk online, has expanded to 122 full-time workers, according to Quartz. Huang told the news outlet that a handful of his workers have taken him up on his wedding offer and that he believes 10% of his workforce will do so over time.

Of course, Huang is by no means the only startup executive to find new ways to shower employees with perks. For decades, Silicon Valley has gained reputation for extras like free massages, laundry service, and meals.

Earlier this month, Practichem, a scientific instruments startup in Raleigh, N.C., said that it, too, would offer an interesting transportation perk to employees. The company said that it would lease Tesla Model 3s for its existing full-time staff of 15 employees, as well as the 10 people it’s looking to hire. That company’s CEO Nick DeMarco thought the plan would be a good way to give back to employees and attract new talent.

For more on startups, watch this video:

But paying for a wedding is a perk you don’t hear about often (if ever).

Update at 3:36 p.m. ET to include statement from Boxed.