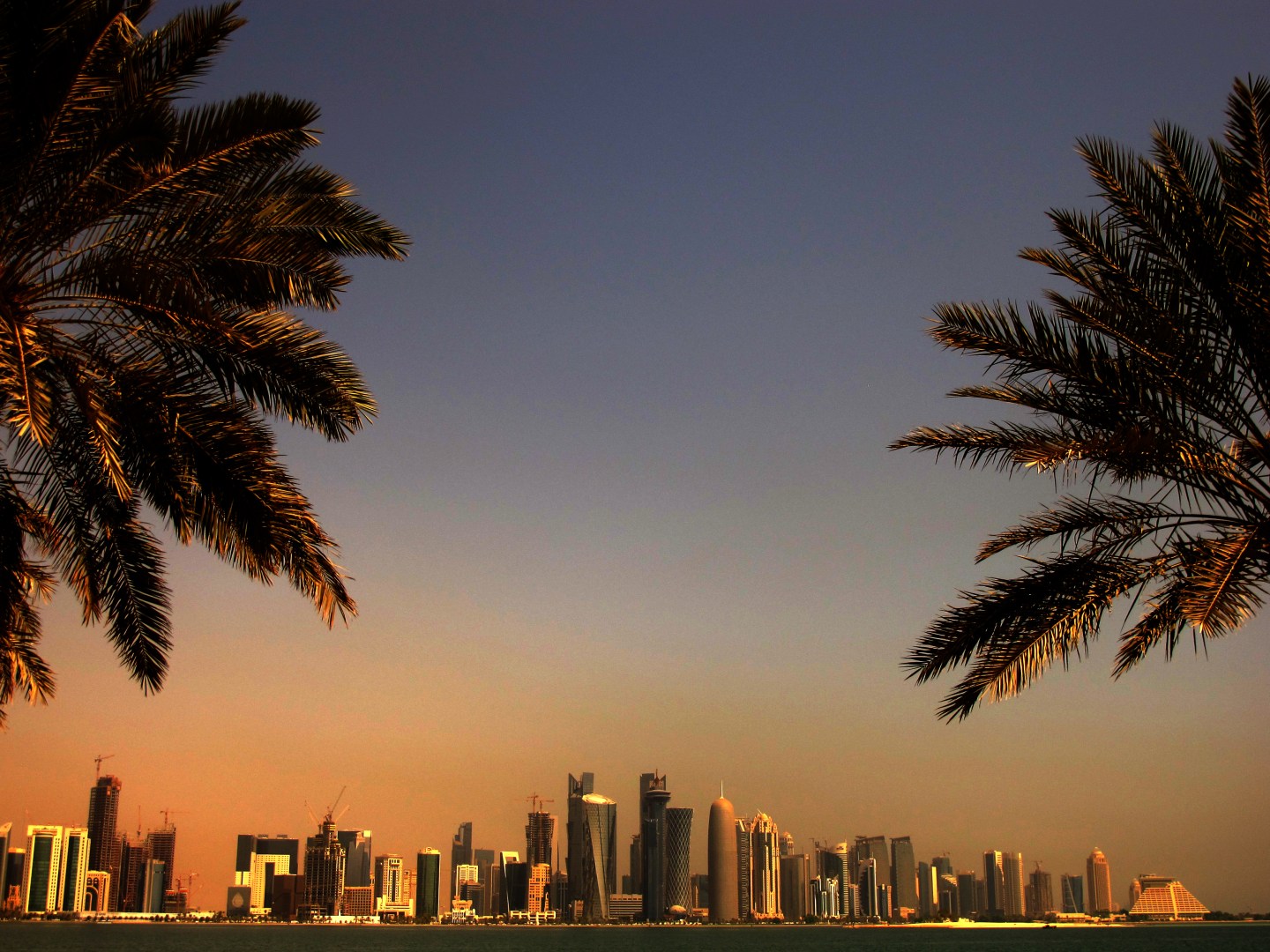 A view of the Qatari capital Doha, on October 4, 2012. Formerly a British protectorate, Qatar has been ruled as a unicameral federal republic by the al-Thani family since the mid-19th century. Previously noted for pearling, today it has become one of the region's wealthiest states due to its enormous oil and natural gas revenues. AFP PHOTO / PATRICK BAZ (Photo credit should read PATRICK BAZ/AFP/Getty Images)
Photograph by Patrick Baz — AFP/Getty Images

Thousands of layoffs at state-linked companies in Abu Dhabi are a fresh sign the Gulf’s wealthy oil states are hunkering down for a long period of austerity as low crude prices pressure their economies.

Since mid-2015, the United Arab Emirates (UAE), Saudi Arabia, Qatar and other countries in the region have curbed spending on some construction projects and reduced energy subsidies to limit budget deficits caused by cheap oil.

Now some governments are also starting to reduce staff at the companies they control, many of them in the energy industry, in order to ensure the firms are not a drain on state finances if oil prices stay low for several years.

Abu Dhabi’s National Oil Co (ADNOC), with around 55,000 staff, has cut hundreds of jobs in the last few months and will have reduced its workforce by at least 5,000 by the end of 2016, sources familiar with the matter told Reuters.

Warner Bros. Theme Park To Open in Abu Dhabi in 2018

The reduction will occur across most of its 17 subsidiaries as part of a restructuring following a reshuffle of the firm’s leadership this month, they said.

An ADNOC spokesman did not confirm or deny the cuts but said: “In keeping with the entire oil and gas industry, ADNOC is constantly looking at ways to be more efficient and more profitable, particularly in the current market environment.”

The UAE’s oil and gas recruitment market is set for its most difficult year in over a decade in 2016, a report from recruiters Morgan McKinley said.

“The oil and gas industry is still feeling the pain, as was to be expected. Overall redundancies have been on the increase,” said Trefor Murphy, managing director for the region.

Most layoffs at Abu Dhabi state firms are not in response to production cut-backs; the UAE has not reduced its oil output, and says it is proceeding with long-planned oil and gas development projects.

Nor do the layoffs mean Abu Dhabi is running out of money. With hundreds of billions of dollars in its sovereign wealth fund, the emirate could draw down its reserves to sustain current levels of spending for decades.

But the government wants to minimize the speed of the draw-down as it looks ahead to the possibility of many years of low oil prices. Last year, Abu Dhabi acted ahead of other Gulf states in cutting domestic fuel and electricity subsidies. Now it is applying the same approach to state-linked firms.

In Qatar, state-controlled firms such as Qatar Petroleum and Qatar Rail have been laying off staff. State companies in other states such as Saudi Arabia and Oman have been looking at ways to reduce costs but have so far not resorted to major job cuts.

For more on the Gulf region, watch:

Most cuts at state firms in Abu Dhabi and elsewhere involve foreign staff rather than locals, because governments want to limit unemployment among their citizens.

Nevertheless, the job losses are contributing to an economic slowdown in the region. The International Monetary Fund has predicted Abu Dhabi’s gross domestic product growth will fall to 1.7% this year from 4.4% in 2015.

In neighboring Dubai, where the economy is not directly reliant on oil and state-linked firms are vigorously pushing tourism and real estate projects, growth is forecast to accelerate marginally, to 3.7% from 3.6%.

Companies cutting staff in Abu Dhabi include Abu Dhabi National Energy Co, which has reduced its workforce by a quarter since 2014. It has cut around a third of oil and gas jobs and 55% of staff at its headquarters, it said this month after reporting a first-quarter loss.

Earlier this year, Abu Dhabi-based Etihad Rail, the federal government-owned entity building a UAE rail network, said it cut 30% of its staff in a restructuring.

Construction firm Arabtec, in which Abu Dhabi state fund Aabar Investments is the biggest shareholder, may include job cuts in its cost reduction program, chairman Mohamed al-Rumaithi said last month, adding: “There’s some fat to be taken out.”

Some firms are axing expatriates to create jobs for UAE nationals. Medical center operator Cleveland Clinic, owned by Abu Dhabi state fund Mubadala, is creating over 100 positions for locals, having told some expatriate staff they have to leave by year-end, sources said.

Asked to comment, Cleveland said that as part of its efforts to develop local talent, a number of administrative roles would move to UAE citizens in coming months.