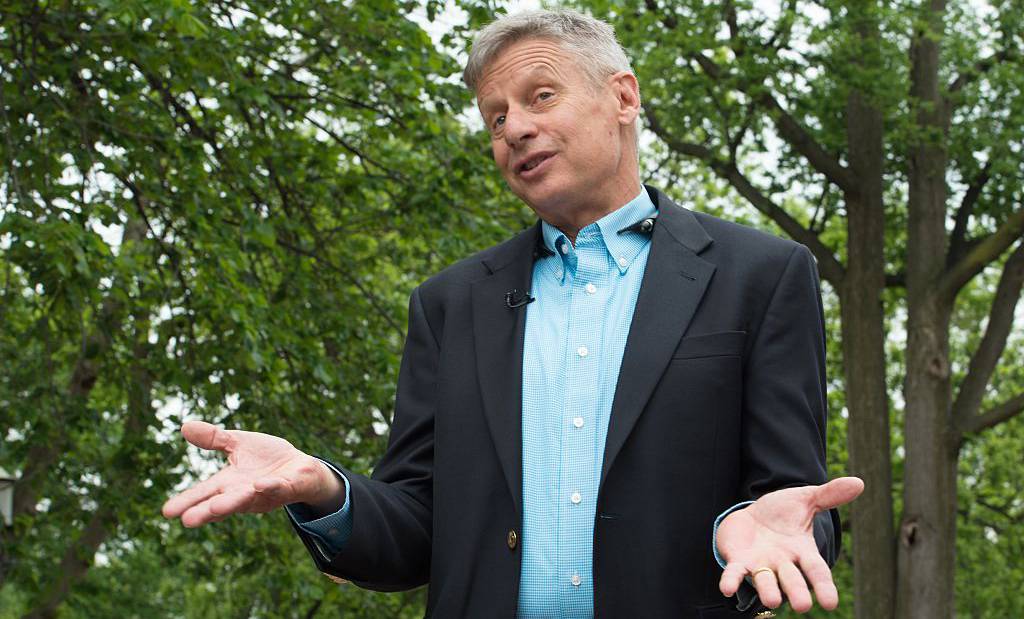 Is Libertarian Lite about to have its moment? The strangest presidential race in living memory just keeps getting weirder.

Former Massachusetts Governor William Weld said on Thursday that he wants to run for vice president on the Libertarian Party ticket alongside former New Mexico Governor Gary Johnson, the Libertarian presidential nominee in 2012, who is running again.

What’s intriguing is that amid rampant talk about the hope and hopelessness of a third-party challenge to Donald Trump, one is actually taking shape under the radar. A Johnson-Weld ticket, should it be chosen at the party’s convention over Memorial Day weekend, would have no chance of winning – Johnson got 1% of the vote in 2012 – but in a year of surprises it could prove surprisingly attractive to voters already seeking an alternative to Trump and Hillary Clinton. A Fox News poll conducted earlier this week, before Weld’s announcement, showed that in a Trump-Clinton-Johnson race, Johnson drew 10% support.

Johnson and Weld don’t say stuff like that, which is why devoted libertarians argue that these two are not the genuine article. But it’s also why they could actually get somewhere. As highly popular former governors from widely different states on opposite sides of the country, they bring a legitimacy and stature that the Libertarian ticket has never before offered. While it’s virtually inconceivable that they could carry even one state, it’s at least conceivable that they could deny a few states to Trump.

Will he therefore start attacking them? Or would that simply bring them more attention? Or will their novelty earn them just a fleeting moment of fame? I certainly don’t know. But I know that conventional political calculus has proven worthless in this race so far, and I’m not counting them out.