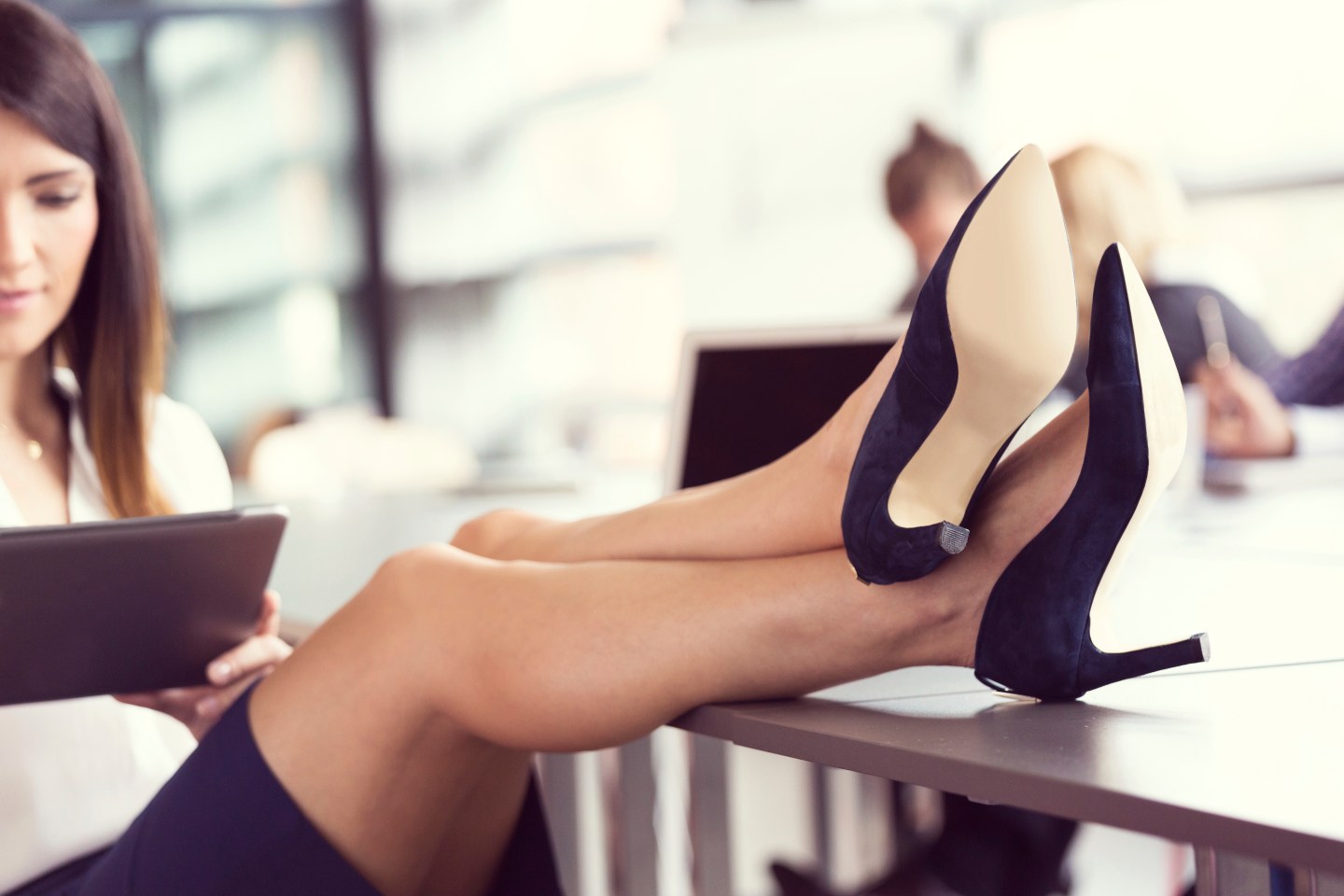 Do you feel pressure to wear high heels in your professional life?

That’s the question I posed to readers of The Broadsheet—Fortune’s newsletter about women and business—last week. The query was inspired by Nicola Thorp, an employee of outsourcing company Portico, who as sent home without pay from a gig as a receptionist at PwC’s London office when she refused to wear shoes with a “2-inch to 4-inch heel.”

Portico has since changed its policy to allow for flat shoes, but the incident has sparked heated conversation about the legality of regulating what female employees can and can’t wear—as well as a broader debate about the way women’s appearances play into how they’re evaluated at work.

Below, a sampling of what readers had to say. (Responses have been edited for length and clarity.)

“This article reminded me of my first interview on Wall Street with Kidder Peabody in 1976. After my interview, they mentioned that the dress code for woman included ‘no trousers.’ I immediately responded that I was no longer interested in the job and walked out.

And this is 40 years later!! Preposterous!”

“When I first started my career, I did try to wear heels often. I thought heels completed the image of what a successful, career-oriented women looks like in New York. But I quickly realized that wasn’t realistic—at least not until you’ve climbed the ladder to the point where you have a driver to get you around.

Wearing heels can actually restrict you in the office environment. For example, if colleagues are walking to a lunch spot further than a few blocks, someone in heels might be less likely to go for fear of not being able to go the distance. They may miss out on important team bonding. I’ve seen it happen.

Now, I refuse to wear anything that feels restrictive in any way. I aim to be polished and presentable, but comfortable too. My goal is to focus on my work and performance—everything else, including cute work outfits, comes in second.”

“I’m a lawyer in New York and am also 5’1. Although I have a big personality, I often feel literally ‘overlooked’ as people see right over my head. Heels make me tilt slightly forward and give me a few extra inches that make me feel more confident. Admittedly, the downsides are blisters, aching arches, a slower pace, and the potential to lose a shoe in sidewalk cracks or cobblestones. However, those are downsides I’m willing to put up with. I am all for whatever makes a woman feel her most confident self, and definitely think that as long as her shoes are not drawing attention in a negative way, a woman should be able to select her own footwear without any comments from the peanut gallery.”

“My firm has adopted a casual dress code policy. It was quite a feat to get that incorporated (no pun intended). The older staff felt compelled to dress more formally but attracting/retaining millennials pushed us over the edge. I’m a senior person and I wear what I want. However, for new business pitches and client meetings, I’m always in heels. A lot of the companies I work for are large corporations and I feel they’re pretty formal and buttoned up. They’re also pretty male dominated in leadership. I will go on to say that if I have a big meeting internally and I’m trying to make a point or feel a fair amount of stress around it, I wear some kick-ass heels because I know I’m going to need to ‘kick some ass’ that day. A twisted thing for sure.”

Back in the late 90s, while working for an IP law firm as a technical advisor, I was required to wear heels Monday through Thursday; flats were allowed on Friday. Somehow the “thinking” was that it was more “professional” to wear heels. I heard they changed their policy a few years after I left.

“I get a little nervous that sometimes the shoes I wear are too high or too… fun? I work in an ultra-conservative environment—for the Catholic Church—but I’m younger and have fun with fashion, so as long as I’m wearing something simple and more conservative up top, I kind of just go for it! No one has said anything to me yet, and I make my goals and do my job well, so I doubt they will.”

“Being forced to wear heels at work!? Hell-to-the-no. Women, like men, should be able to wear what they want, when they want. This infuriates me!”