Clinton Struggles with Trump’s Ability to Stay in the Spotlight 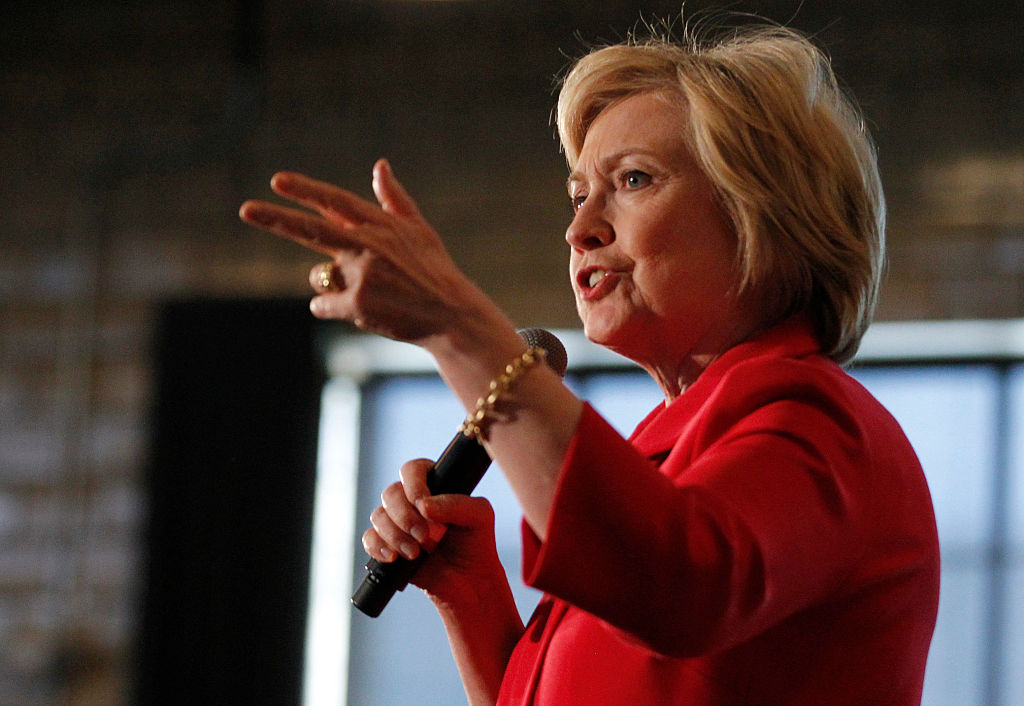 WASHINGTON (AP) — Donald Trump kept himself planted firmly in the political spotlight this week with one headline-grabbing move after another — launching a social media defense of his treatment of women, listing possible Supreme Court nominees, rapidly declaring an Egyptian plane crash an act of terrorism.

But Clinton’s stay-above-the-fray attitude masks unresolved questions that have gnawed at her campaign since Trump virtually locked up the Republican nomination. How can the wonkish Clinton counteract Trump’s finely-tuned ability to command attention? Can she win the White House by letting Trump run on his terms, hoping his unorthodox candidacy wears thin with voters by November?

Or does she need to make a positive case for her own candidacy, something she has struggled to articulate during the Democratic primary?

“She’s going to have to do things to keep her side motivated, to keep people excited, keep it aspirational,” said Steve Schale, a Florida Democratic strategist who advised President Barack Obama’s White House campaigns.

Sanders’ supporters can repeat whole sections of his campaign speech verbatim. Trump’s backers chime in on cue when he asks who will pay for his proposed border wall with Mexico.

The former secretary of state, by contrast, throws a policy-filled kitchen sink at voters. She pledges to break down barriers to progress, build on President Barack Obama’s priorities and implement lessons learned from her husband’s economic stewardship in the 1990s.

And her ability to define the race on her own terms could only get harder in a face-off with Trump, the dominant force in this presidential contest and a master of defining his opponents before they can define themselves.

“He’s good at dominating the news cycle and changing the news cycle to fit his purposes,” said Rick Tyler, former communications director for Texas Sen. Ted Cruz’s failed presidential campaign. “He has this ability to just change the trajectory of where the news is going by using amazing distractions that are just too delicious to pass up.”

To be sure, Clinton has overcome her messaging struggles in the primary and is close to clinching the Democratic nomination. But facing Trump will be another matter, with his capacity to set the tone for the day in the morning through frequent tweets and calls into news shows, catching his rivals off guard and leaving them scrambling to catch up.

The last days underscored Trump’s grip on the spotlight, and his willingness to stay there even when attention turns negative.

After a newspaper article detailing his behavior with women, Trump kept the story alive by repeatedly bashing the reporters and defending his actions. He shifted the conservation to his possible presidency by announcing a list of judges he might nominate to the high court. He then said on Twitter the roll out went so well that he might add more names.

In between, Trump said he could negotiate with North Korea’s leader. He called Ferguson, Missouri, and Oakland, California, more dangerous than Iraq. And he used the word “rape” in speaking about Bill Clinton’s past indiscretions.

While Clinton’s campaign released paper statements responding to some of Trump’s statements, the candidate herself stayed quiet.

Clinton’s advisers and outside backers say they’re not making the same mistake as Trump’s Republican primary rivals. The GOP contenders spent months predicting the businessman’s collapse under the weight of a controversial comment — or collection of them — and tried to avoid alienating his supporters while they waited.

Clinton has made clear she won’t respond to Trump’s every move. “I’m going to let him run his campaign however he chooses,” she told reporters recently. Still, Priorities USA Action, a pro-Clinton super PAC is already running its first anti-Trump ads in battleground states as part of a $130 million general election advertising buy.

Clinton has another significant advantage compared to Trump’s previous opponents, many of whom were unknown to most Americans. Clinton can match Trump’s high profile, having spent nearly three decades in national politics, and is unlikely to be totally drowned out by the real estate mogul.

“She’s the only other candidate in this race who has the ability to break through,” said Mo Elleithee, director of the Georgetown Institute of Politics and Public Service and a Clinton campaign adviser in 2008.

That will require more than just responding to perceived offenses, however.

“The road to the White House in 2016 is littered with the carcasses of candidacies that were equally as offended,” Elleithee added. “Being upset about him, being angry about him isn’t enough.”